Birel ART: Competitiveness and Disappointment at the World Championship in Spain 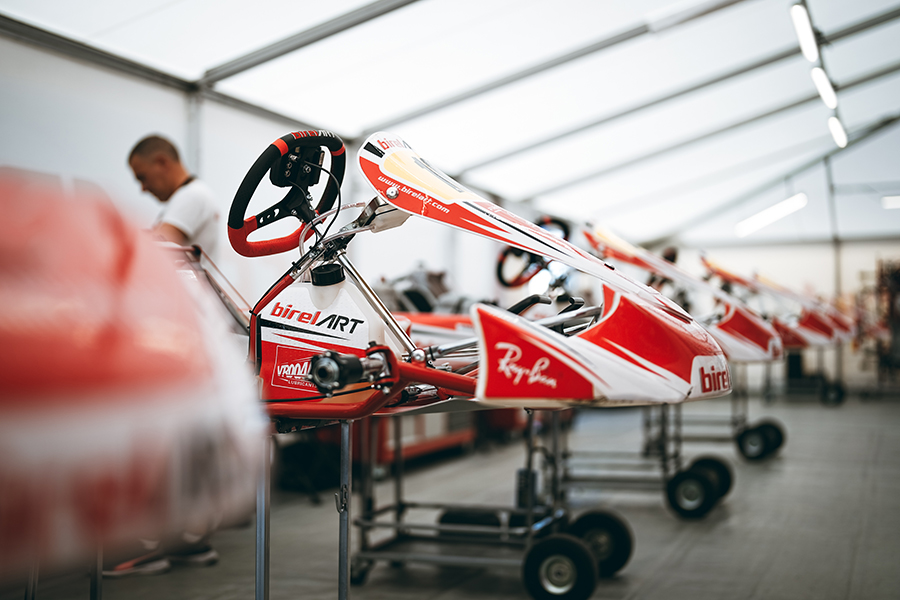 Crowned European KZ Champion in 2021, the Birel ART Racing team would have liked to end the FIA Karting year with a great result in the OK and OK-Junior World Championship at Campillos in southern Spain. Several drivers showed real competitiveness, before numerous hazards disrupted the event, starting with the changing weather conditions and tyre quality. Congratulations to Aaron Garcia Lopez (OK-Junior) and Cristian Bertuca (OK) for their successful recoveries in the Final.

The weather conditions were mild during the first part of the competition and the Birel ART Racing team was able to work with confidence to build up its power before Timed Qualifying. Tymoteusz Kucharczyk was immediately at the top of the hierarchy in OK in an excellent 6th place. Matheus Morgatto was less satisfied with his 40th place. “Matheus was very fast in Free Practice,” said Riccardo Longhi, Birel ART Racing team manager. “Unfortunately, he couldn’t find the same efficiency with his race tyres. Cristian Bertuca had the same kind of problem. It’s always very unfortunate to have to deal with differences from one set of tyres to another. Especially in a World Championship that is decided over a single event. It’s not the first time our team has seen this kind of problem.”

Performance in the heats

Saturday started with rain tyres, before a quick return to dry conditions for the majority of the day’s heats. Kucharczyk was again in the spotlight with two top five finishes and a fastest race lap. However, the Pole retired in his final heat on Sunday morning as light rain began to fall over Campillos. The track remained very wet for the Finals. “Clearly I would have preferred better conditions,” commented a dejected Tymoteusz, after an incident that relegated him far down the Final ranking.

Brazilian driver Morgatto had to retire in the first heat without being able to show what he was capable of. However, he made some convincing comebacks in the heats on Sunday. In the end, it was the brilliant Italian Cristian Bertuca who put in the best performance for the Birel ART Racing team. “Cristian came back from 20th to 8th place in the Final. But success was not on our side, as he was relegated to 18th place following a penalty. Our neighbours from the Leclerc by Lennox Racing team did not have much success either, especially with the Norwegian Martinius Stenshorne, who won a heat on Saturday. However, I would like to congratulate Pedro Hiltbrand on his return from 23rd to 10th place. Maksymillian Angelard and British driver Ella Stevens continued to learn the difficult OK category.”

A good performance for Garcia Lopez

In the OK-Junior class, the Spaniard Aaron Garcia Lopez fought bravely to achieve a good World Championship in his country. This was his second FIA Karting event and his second with the official Birel ART team. Once he had won his finalist place with flying colours, after a consistent run marked by a 7th place in one heat, he kept gaining positions in the Final, going from 31st to 16th. A penalty for incorrect fairing position pushed him back to 18th. As for Finland’s Kimi Tani, Spain’s Joan Aluja Olesti and Ireland’s Fionn McLaughlin, they pushed on to the end, although they had to deal with a difficult Timed Practice session. McLaughlin was keen to finish on a positive note, coming 7th in his last heat on Sunday morning.

“We’re turning the page on this World Championship, hoping for new and exciting victories in the near future. We are already focused on the last races of the season, while preparing for the next one,” concluded Riccardo Longhi.