Tony Kart Preparing for the World Championships in Campillos 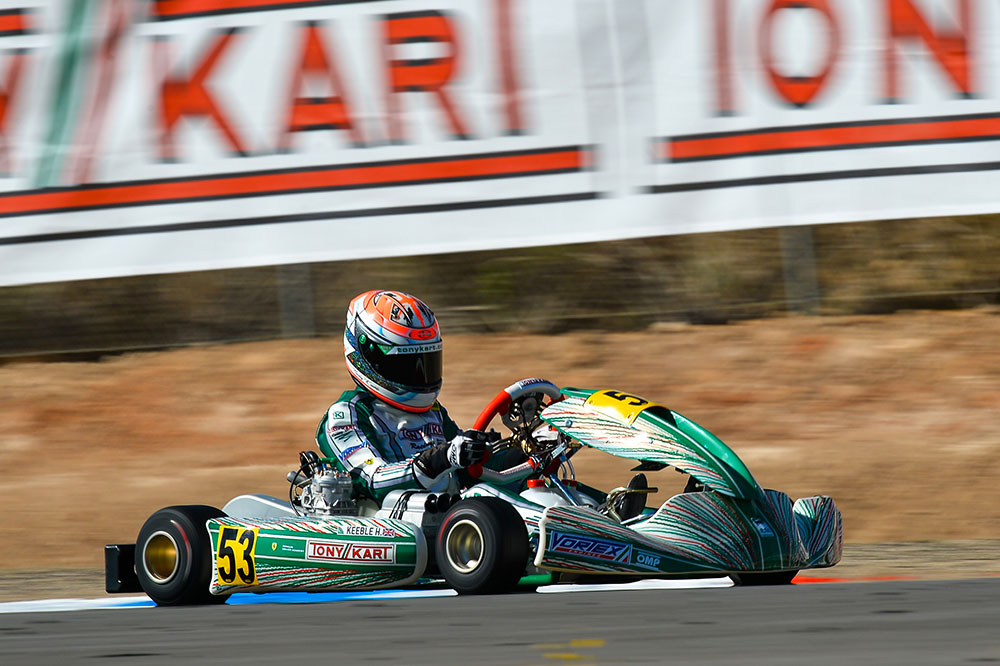 Our Racing Team has runs the last round of the Champions of the Future on the same Spanish circuit that will host the FIA Karting World Championship of the OK and OKJ classes on October 28th-31st.

The third and last round of the Champions of the Future in Campillos (Spain) has represented a very good testing ground for our Tony Kart Racing Team, in view of the FIA Karting World Championship reserved for the OK-OKJ classes. On the Spanish track, the same one that will host the World Championship, our Tony Kart Racer 401Rs, “dressed” with the new 2022 livery and powered by DJT and DST engines by Vortex, achieve interesting performances in both classes, which gives good hopes for the decisive weekend of October 28th-31st.

In OK class, it is Tuukka Taponen the leader of the patrol of drivers of our Racing Team in Campillos. The Finnish driver, new champion of the WSK Open Cup, confirms his excellent performance since the qualifying session, with the second best time in his group and the sixth position in the overall ranking. Two wins and a fast lap in the qualifying heats confirm Taponen’s speed, but his path to the final is hardened by an unexpected stop in the first heat, which puts him back in the ranking. After a good prefinal, Taponen goes wild in the final: he moves up 10 positions from the starting grid, signs the best lap of the race and finishes less than 2 seconds from the Top 5.

New arrival in the Tony Kart Racing Team and vice-champion of the WSK Super Master Series is Juho Valtanen, soon fast since Friday. The Finnish driver is seventh at the end of the qualifying sessions and, after the three qualifying heats, still confirms to be within the Top 10. Unfortunately, Valtanen loses positions in the pre-final after a collision and a 5-second penalty for the front fairing in the wrong position, which do not allow him to run in the top positions in the decisive final.

Joseph Turney also gains two good results in the qualifying heats, but a second heat not so good forces the British driver to start from the middle of the group in the prefinal. While struggling with the other drivers, Turney is involved in a spectacular crash, luckily without any physical consequences for our driver, but his stop is mandatory. Turney comes back on the starting grid a few hours later, this time for the final of the weekend, and with great perseverance he gains 21 positions and reaching the Top 15.

After two years of absence from the category, Noah Milell comes to Campillos as the 2021 World Champion of the KZ class with our team. The Swedish driver regains confidence with the category during the free practice and the qualifying heats, but since the qualifying heats already, he shows his experience to everybody, at the end of the heats, he is able to climb 38 positions in the ranking. After the umpteenth recovery in the prefinal, Milell “gives up” in the final after a collision with another driver. Not much luck also for Alexander Gubenko and Bruno Del Pino: the Russian driver enters the final, but does not find the right pace to finish in the top of the ranking, while the Spanish driver retires in the heat which assigning the last places for the pre-final.

In OKJ category, a large platoon of our drivers takes part in the last round of the Champions of the Future. Starting from Jan Przyrowski, very fast already in the qualifying heats with the best time of his group and the third position in the general ranking. The Polish driver collects a victory, two second places and a fast lap in the qualifying heats, showing to be one of the possible leaders of the Spanish weekend. Unfortunately, an early collision during the final slightly detaches Przyrowski’s front fairing, and at end of the race he gets penalized by 5 seconds; despite this, the Polish driver is among the top ten drivers of the Spanish round.

Good performances also from James Egozi and Harley Keeble. The American driver, who has just been crowned WSK Open Cup champion, does not obtain what he expected for in the qualifying session, but a series of comebacks (and a fast lap) allows him to recover 22 positions in the general ranking and to finish in the Top 15 in the final. Also the British driver, winner of the WSK Euro Series, starts from the bottom of the ranking in the qualifying session, but with an impressive ease he is able to climb a record number of 39 positions at the end of the qualifying heats thus having access to the Top 15 in the final, after a second climb of 14 positions in the pre-final.

Three other drivers of ours entered the final. Keanu Al Azhari suffers a 5-second penalty for his front fairing in the wrong position, also due to a collision occurred in the first few laps, which compromises a Top 15 finish. Jimmy Helias finishes a little far from the top twenty after a concrete weekend of “study” in view of the World Championship, while German Foteev is the protagonist of a consistent comeback during the qualifying heat (20 positions gained) and in the final (+12 positions).  Oscar Wurz, at his second race with our team, continues his apprenticeship and ends third the runners-up final, won by Alvar Siimesvaara, at his debut with our colours. Enzo Tarnvanichkul, Reno Francot and Arthur Dorison show a growing trend during the heats: a positive sign for their training to the World Championship.

As already said before, our Tony Kart Racing Team is ready to go back on track in a few days already, on the occasion of the FIA Karting World Championship (October 28th – 31st), host on the Spanish track of Campillos and reserved for the OK and OKJ categories.