Kosmic Kart Wins the Champions of the Future 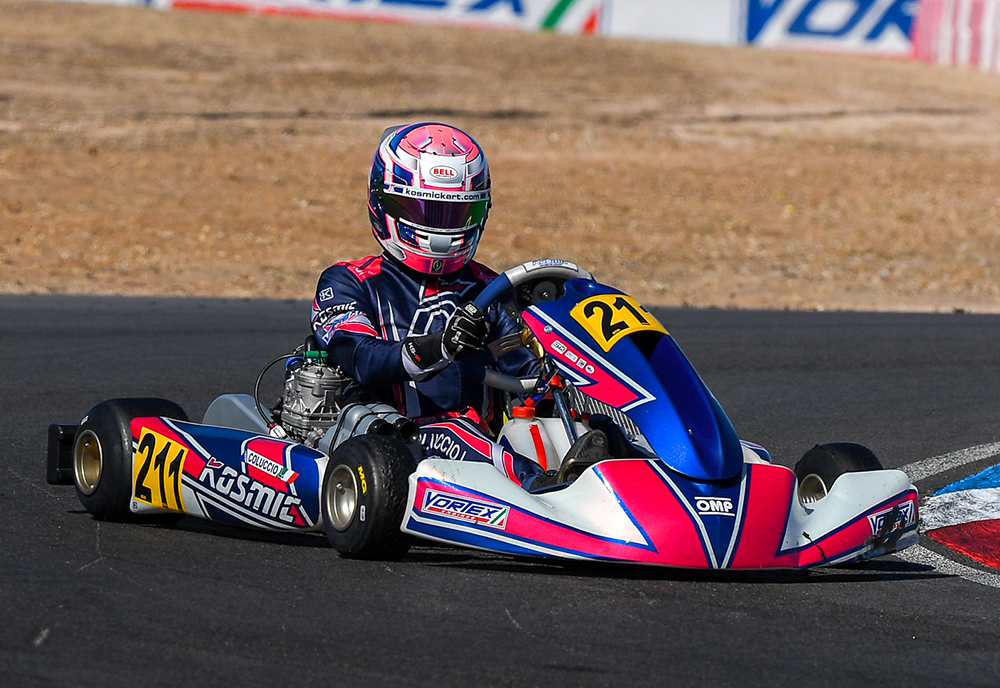 Our Kosmic Mercury R chassis conquers another internation title in OKJ class with Freddie Slater, the category’s champion after the third seasonal round of Campillos. Once more on the Spanish track the FIA Karting World Championship will take place from October 28th to 31st.

Kosmic Kart puts on the wall another title in its in the 2021 season. Our Kosmic Mercury R wins the trophy of the Champions of the Future in the OKJ class, on the occasion of the third and last Spanish round of Campillos. Good signals from our Kosmic Racing Department, both in the “Junior” and in the OK class, in view of the FIA Karting World Championship, as well as from the DJT and DST engines by Vortex, the “engine division” of OTK Kart Group.

In OKJ, our Ean Eyckmans confirms to have all the necessary to be among the fastest drivers after his third place in the FIA Karting European Championship. The Belgian driver is the author of excellent results during the qualifying heats, however a stop compromises a possible placing in the first half of the general ranking. After a pre-final below expectations, Eyckmans shines in the decisive final of the weekend where he climbs 18 positions and obtains a place in the Top 15. Arthur Poulain is the author of good recoveries in the qualifying heats, but a not so good qualifying does not allow the Frenchman to enter the final. The work carried out on the track still is more than valid, an excellent test in view of the World Championship appointment in a few days.
With the seventh position collected at the end of the final, Freddie Slater is the new champion of the Champions of the Future. The British driver of Ricky Flynn Motorsport adds another title to his trophy collection after his victory in the FIA Karting European Championship, always with our Kosmic Mercury R chassis powered by the Vortex DJT engine.

In OK, Luigi Coluccio is back at the wheel of our Kosmic Mercury R chassis, after missing the second round of the WSK Open Cup. The Italian driver is constantly in the Top 10 during the qualifying heats and among the best twenty drivers at the end of the heats, but an unlucky retirement in the pre-final compromises his hope of getting a good result at the end of the final. Also Kuba Rajski is still at the starting grid with our team and climbs up 10 positions in the ranking after the three qualifying heats, but this good performance is not enough to reach the final. However, the Polish driver is ready to do his best at the World Championship.

Just the FIA Karting World Championship is the next target of our Kosmic Racing Department. Still on the Spanish circuit of Campillos (October 28th – 31st) the decisive competitions will take place to award the World titles of the OK and OKJ categories.