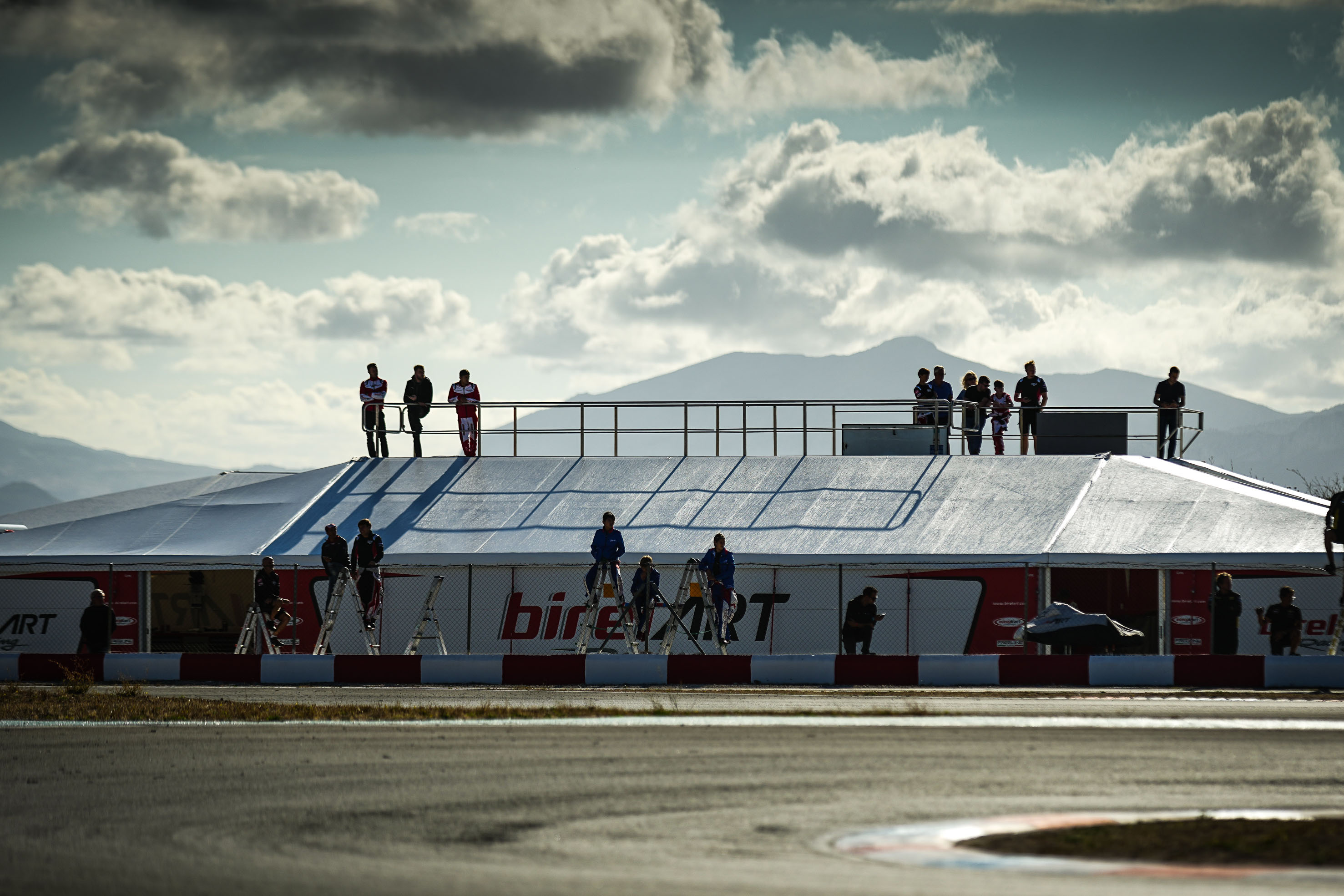 Matheus Morgatto, Cristian Bertuca and Tymoteusz Kucharczyk were among the main protagonists of the OK category during the Champions of the Future series, which came to an end at the Campillos circuit. This circuit is about to host the FIA Karting World Championship, for which the Birel ART Racing team has high hopes. In the south of Spain, the Red Army has also prepared for the future with several young drivers in the OK-Junior category making progress.

In Campillos, the Birel ART Racing team fulfilled its first objective, collecting extensive technical data in preparation for the highly anticipated World Championship organised for the OK and OK-Junior categories on 29th, 30th and 31st October 2021. The drivers were able to discover the Spanish track with interest, which will be used for the first time in a major international event. The third and final round of the Champions of the Future series was therefore full of interest! The final result and the overall performance of the Italian team once again showed the full potential of the Birel ART brand.

Birel ART omnipresent in the top 10 in OK

Winner of the fourth edition of the Richard Mille Young Talent Academy, the Polish driver Tymoteusz Kucharczyk arrived in Campillos with full confidence and he was at the forefront during the Qualifying session: 4th in Timed Qualifying and 3rd in the heats. His two team-mates Matheus Morgatto and Cristian Bertuca also took advantage of the first part of the meeting to move up in the hierarchy. The trio continued their efforts in the Prefinal and the Final, supported by the competitiveness of the Birel ART and RK chassis, as well as the TM Racing engines from the team’s engine tuners.

Already brilliant in the Prefinal, the Brazilian Morgatto ended up in 5th position in the Final after an extremely solid performance. His consistency over the three meetings gave him a similar 5th place in the final Champions of the Future ranking. Always an excellent finisher and capable of setting excellent times, the Italian Bertuca managed to get into the top 10 by crossing the finish line in 9th position in the wake of another Birel ART chassis, driven by Martinius Stenshorne (Charles Leclerc by Lennox Racing team). A little disappointed not to have found the same performance as on Saturday with his new set of tyres, Poland’s Kucharczyk never gave up and placed a fourth chassis made by the Birel ART factory in the top 10. Tymoteusz finished 7th in the series. The team from Lissone demonstrated its competitiveness in Campillos, which clearly holds out great hopes for the World Championship.

Youngsters in the process of learning

Although the constant quest for victory remains in the DNA of Birel ART, the official team also aims to ensure the training of young drivers. This was the case in Campillos with many positive parameters to remember for the days to come. In OK, Poland’s Maksymillian Angelard and Britain’s Ella Stevens further increased their experience, while making remarkable comebacks in the Repechage.

In OK-Junior, Birel ART fielded four drivers: Irishman Fionn McLaughlin, Finland’s Kimi Tani and two Spaniards, Aaron Garcia Lopez and Joan Aluja Olesti. All of them put a lot of effort into their work in order to progress throughout the meeting. McLaughlin had the satisfaction of qualifying for the Final, where he climbed to 25th position.