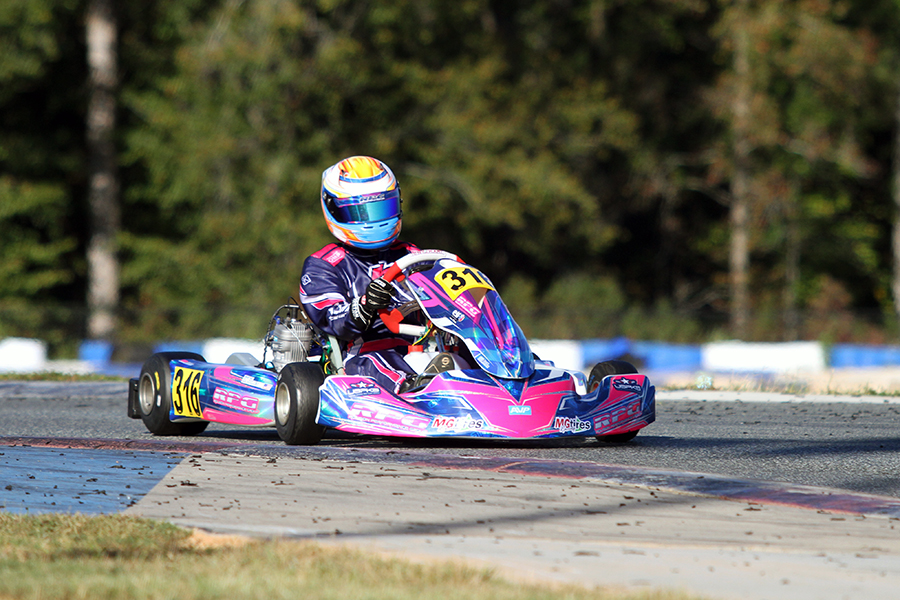 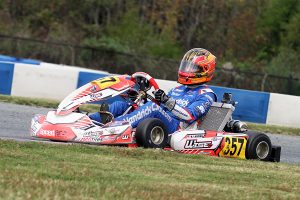 The United States Pro Kart Series closed out the 2021 championship with the Carolina Grand Prix event serving as the series finale at the GoPro Motorplex. OTK USA teams and competitors performed extremely well at the Mooresville, North Carolina facility with the final two rounds of the series championship contested on the October 15-17 weekend. OTK products recorded an amazing 12 victories over six categories, including five series championships between the Senior, Junior and Masters divisions. 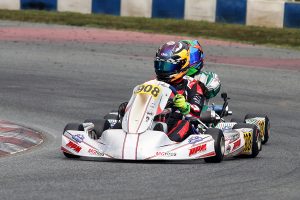 OTK took the top four positions in the championship standings, led by Norberg earning his first series championship. Connor Zilisch (Team Nitro Kart / Tony Kart) ended his Senior rookie season as vice-champion with four-time series champion Jarsocrak finishing the year in third. Massimino completed the top-four. One of the highlights of the weekend was NASCAR’s Kyle Larson joining the X30 Pro division for racing on Saturday after taking part in practice days on Thursday and Friday. Larson joined Speed Concepts Racing aboard a Redspeed, showing great pace for his first official kart race of his career.

It was a big weekend for Massimino (Ryan Perry Motorsport / Kosmic) in the KA100 Senior division. Massimino made his first start of the season in the category, defending his home track with victory both days. Aiden Levy (Team Felon / Tony Kart) gained two top-five finishes on the weekend, placing fifth on Saturday and improving one spot to fourth on Sunday. 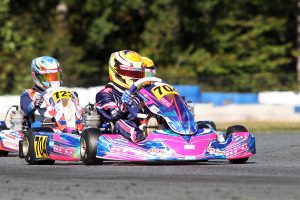 Caleb Gafrarar found the top step of the podium in his debut with Rolison Performance Group in X30 Junior (Photo: eKartingNews.com)

Despite having a challenging weekend and missing the podium both days, Connor Zilisch (Team Nitro Kart / Tony Kart) secured the KA100 Senior championship in his Senior rookie season. Hayden Jones was his teammate for much of the season, finishing out the series finale with RPG to end up third in the final standings. Levy improved on the final weekend to end the championship in the fourth position.

Four different drivers took victory in the two Junior divisions on the weekend, all aboard OTK product. Caleb Gafrarar made his Rolison Performance Group / Kosmic debut very memorable with victory on Saturday in the X30 Junior division. Jeremy Fletcher (Team Felon / Tony Kart) drove to second with Christian Miles (Mike Doty Racing / Kosmic) and Ayden Ingratta (Speed Concepts Racing / Redspeed) in fourth and fifth. Needing a strong finish, Fletcher was able to grab victory in a wild main event on Sunday, ahead of championship contender Ingratta. Gafrarar joined them on the podium with Justin Adakonis (Mike Doty Racing / Kosmic) in the fifth spot. 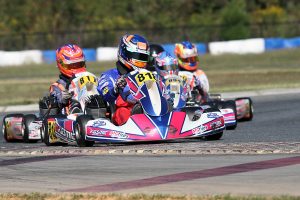 Fletcher’s victory on Sunday helped to secure the X30 Junior championship, just ahead of Ingratta in the second spot. Miles finished the point standings in the fourth position with Adakonis ending the season in fifth. 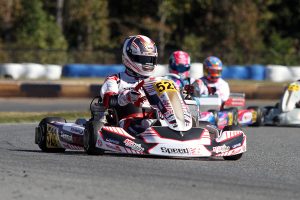 Another driver was able to double up on the weekend aboard OTK products. Scott Roberts (Speed Concepts Racing / Redspeed) put in strong performances over the Prefinals and Finals to win both rounds in the X30 Masters class. The two wins brought his season total to three on the year, the most in the category. Mario Barrios (Rolison Performance Group / Kosmic) was second on Saturday with Frank Runco (Full Tilt Racing / Kosmic) was classified third ahead of defending champion Scott Kopp (Team FMS / Exprit) with Robert Maier (Rolison Performance Group / Kosmic) in fifth. Kopp improved to runner-up on Sunday ahead of Barrios as Runco finished fifth.

The championship came down to the wire and more, with the top two drivers accumulating the same amount of points over the best seven of eight rounds. Kopp ended up being crowned the champion for a second straight year due to the second tie-breaker rule. That put Barrios as the vice-champion. Roberts two wins put him third overall ahead of Danny Robertson (Rolison Performance Group / Kosmic) with Miguel Mier (Crosslink Competition / Exprit) completing the OTK sweep of the top-five. 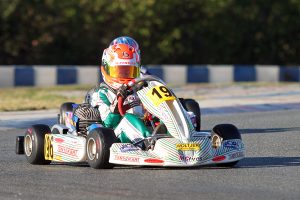 Diego Ardiles (Supertune / Tony Kart) matched that win total on the year, doubling up in the Mini Swift category on the weekend. Ardiles added the two wins to his opening round victory to make it three wins on the season. Sebastian Wheldon (JC Karting / Kosmic) was able to land on the podium twice on the weekend, placing third on Saturday and runner-up Sunday. Oscar Iliffe (Iron Rock Motorsports / Tony Kart) bounced back from a mechanical issue in Round Seven to finish fourth in Round Eight.

Ardiles’ performance elevated him to the second spot in the final Mini Swift point standings, just ahead of Wheldon. Iliffe put three OTK drivers in the top-five, placing fourth on the year.