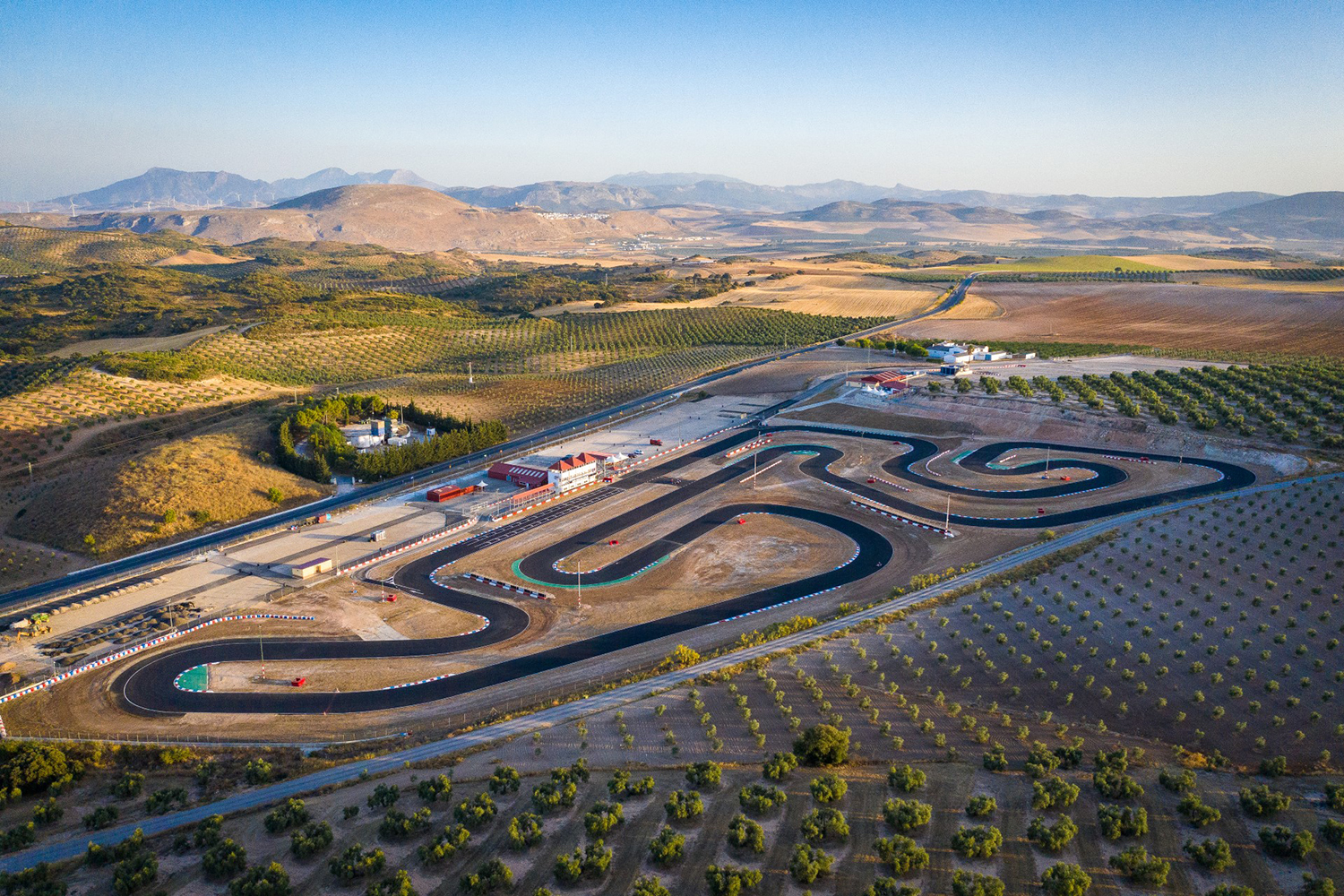 Located between Granada and Seville, the Campillos circuit was chosen as the setting for the 2021 FIA Karting World Championship – OK & Junior partly because of its very southern location in Europe. Further south than La Conca (ITA), less open to oceanic influences than Portimão (PRT), it should be able to offer good weather conditions from 28th to 31st October for the big end-of-season event.

The 1,580 m long track follows a slight relief through its numerous and often tight corners that follow each other at a steady pace. The overtaking possibilities appear varied without being too obvious. This is the first time Campillos has hosted an FIA Karting event so the teams and drivers do not have their usual benchmarks, but the weeks leading up to the event have seen intense activity in preparation. The racing will therefore not take place in completely unknown territory.

The field has reached a significant number of 185 participants, 76 OK and 109 OK-Junior, with 44 nations and five continents represented. Spain, the host country, contributes 23 participants, followed by the Russian Automobile Federation with 17, France 15 and Finland 14.

Antonelli is not the only one to covet the OK title

The double European Champion in the category, injured last year in Portimão, Italian Andrea Kimi Antonelli is determined to end his karting career with a World victory. The FIA Karting World Championship – OK is still open to other scenarios. The British driver Arvid Linblad seems to be the best equipped to challenge him for the title in the premier class of direct-drive karts. If the Brazilian Rafael Camara finds his performance level from the beginning of the season, he will also be a formidable opponent. Bulgarian Nikola Tsolov’s rapid rise to prominence has been confirmed all year long and he only needs to confirm this. Tymotuesz Kucharczyk (POL), Ugo Ugochukwu (USA), Tuukka Taponen (FIN) and Martinius Stenshorne (NOR) are also among the young drivers who are capable of making their mark in Spain. The new KZ World Champion Noah Milell (SWE) will be at the start as well as the experienced Joe Turney (GBR), Luigi Coluccio (ITA), Juho Valtanen (FIN) and Pedro Hiltbrand (ESP).

Slater the favourite in Juniors

Reigning World Champion Freddie Slater, who recently won a European title, is the favourite for the 2021 FIA Karting World Championship – Junior. His fighting spirit and versatility mean that he can perform well on any track. However, we should not forget the talent of several of his rivals. The progress of American James Egozi was confirmed in the second half of the season against the Briton Harley Keeble. Brazilian Matheus Fereira had a very convincing European campaign ahead of the Belgian Ean Eyckmans and Jamaican Alex Powell. Rashid Al Dhaheri (ARE) has found his bearings in his new team, Kirill Kutskov (RAF) and Anatoly Khavalkin (RAF) have the ability to fight at the front, while Tomass Stolcermanis (LVA) has revealed impressive speed. The Junior field also contains several other drivers who are capable of participating in the fight for victory. The races are already shaping up to be very competitive and the result is far from certain.

The competition in Campillos can be followed on the official FIA Karting Championship app for mobile devices and on the website. Live-streaming will be active for the Saturday and Sunday races.

Provisional schedule for the Campillos event