Championships decided with sixth and final round for Superkarts! USA regional program 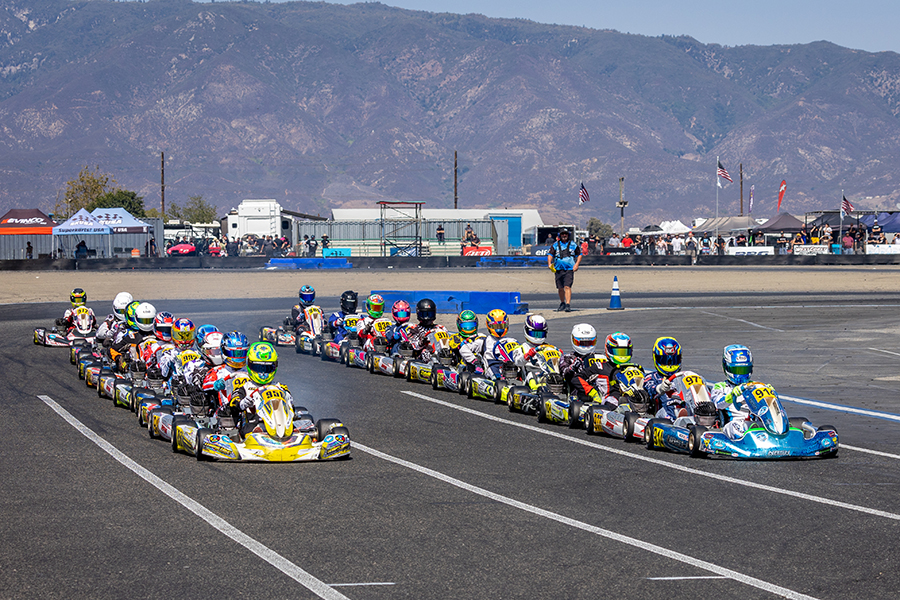 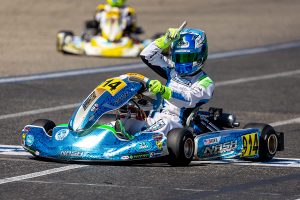 Blake Nash was able to score his third victory of the year in KA100 Senior (Photo: Spencer Russell – PhotosBySMR1)

The 2021 season for the California ProKart Challenge came to a close over the October 2-3 weekend with the sixth and final round of the year held at the CalSpeed Karting facility. It was the second visit to the Fontana, California facility in 2021, previously hosting the double-header weekend in June. For the series finale, the near 100 Superkarts! USA regional entries took to the ‘Classico’ layout to decide this year’s series champions.

Blake Nash did what he needed to do in order to help him clinch the championship in the Nash Motorsportz KA100 Senior class: win. Nash came into the weekend leading the point standings with two victories over the first five rounds. Championship contender Oliver Calvo stole the bonus points in qualifying, setting fast time of 42.612 seconds to edge out Nash by over one tenth. Calvo led the first half of the Prefinal until Nash took over, and went on to win. Nash was challenged in the first half of the Final by Trey Brown and Senior rookie Frankie Mossman. On lap 13, Nash retook the point and from there led the remainder of the 24-lap race to earn his third victory of the season. Calvo ended up second with Brown in third. Ayden Aquino drove up to fourth with Cody Diggs into fifth. 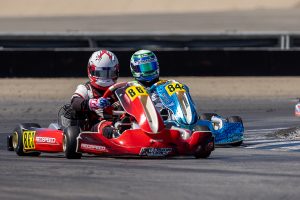 G3 Argyros had his best weekend of the 2021 season, winning his first main event on the year in the West Coast Motorsports KA100 Junior division. It was not a perfect score for Argyros, as he was edged out by Alexander Gonzalez in qualifying by 59 thousandths of a second. Gonzalez showed the way the first half of the Prefinal, and then Argyros took control for the second half toward the race win. The Final was an exciting finish, with Alex Mercado joining in the mix. All three took turns at the point until Argyros secured the lead for the last two laps, scoring the victory. Shea Aldrich was able to advance up to second on the final circuit, with Gonzalez dropping to third and Mercado down to fourth. Iain Kim completed the top-five. Provisional champion Jesus Vasquez Jr. elected not to compete in the category, and ran uncontested in the Rolison Performance Group X30 Junior class. 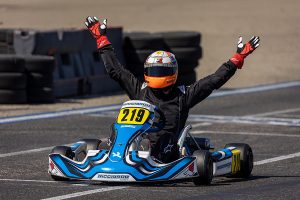 The MDG Karting KA100 Master class welcomed a fourth different winner on the season. Round Two winner Brett Harrelson looked to be earning his second victory of the year, having edged out the field in qualifying with fast time and then leading all 14 laps of the Prefinal. It was Harrelson at the point for the opening 15 laps of the Final until he was shuffled down the order to fifth. That allowed Ty Matta, who started fourth, to move into the lead after he was running in the second position. Matta led the final nine circuits to claim his first victory on the season. Shuffling took place behind him in the closing laps, with Dalmo Ferreira Jr. coming away with second as Harrelson fought back to third. Two-time race winner Brian Phillipsen was fourth with Richard Hensley classified in fifth. 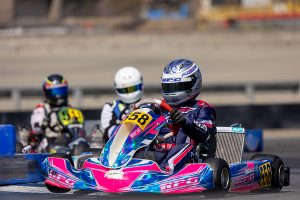 Five different drivers ended up winning over the six rounds in the Mike Manning Karting X30 Master category. Billy Cleavelin, making his first start on the season, edged out the 11-driver field in qualifying with Round Five winner Travis Irving in second. Back in fourth was Branden Bell, who was able to work his way forward in the Prefinal. Cleavelin retired on lap six, allowing Irving to lead until Carlos Calderon took over. Bell was able to grab the lead on the final circuit to steal the race win. Cleavelin showed his qualifying pace in the main event, coming from the tail of the field and into the lead after just seven laps. From there, Cleavelin led the remainder of the race to secure his first victory of 2021. Bell settled for second with championship leader Terry Giffen in third. Myron Massey and Robert Switzler completed the top-five. 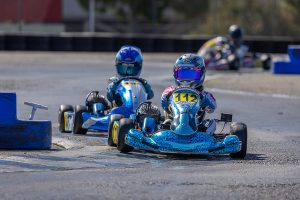 Each and every session in the Formula Works Mini Swift class were vital toward the season championship, with Charlie Smith and William Rasmussen both coming in with two victories each. It was Round Five winner Jackson Glendenning that found himself at the top of the order in qualifying, edging out Nico Sarphati by four thousandths of a second. Rasmussen and Smith were 11th and 12th respectively. Keagan Kaminski came away with the top spot in the Prefinal with Glendenning in second. Sitting third was Smith, who posted fast laps of the race to climb up nine spots in 14 laps. Starting up front, Smith finally put himself into the lead by lap five of the Final, and from there, led the remainder of the race to earn his third victory of the season. Kaminski was a strong second, with Johnie Stamps posting fast lap of the race to finish third. Rocky Moran drove to fourth with Rasmussen improving up to fifth. 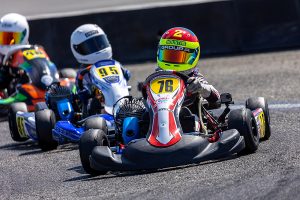 The P1 Racing Engines Micro Swift category put on another exciting weekend of racing for the youngest category of the series, featuring 13 drivers. Troy Ferguson set fast time in qualifying before slipping down the order in the Prefinal. Ashton Woon took over the point on lap two and went on to secure the race win. After Woon led the opening five laps of the Final, Bronson Koustas took over the point. From there, Koustas led the remainder of the race, going on to earn his first victory in only his second series start. Ferguson fought back to second with fast laps of the race. Matthew Cagle ended up on the podium in third just ahead of Woon, with Tyren Scott in fifth.

Former SKUSA Pro Tour champion Kyle Wick made his 2021 series debut in the Positive Beverage Pro Shifter division. Wick was able to set fast time in qualifying, edging out multi-time champion Billy Musgrave. Wick fell back on the opening circuit of the Prefinal, allowing Musgrave to lead early until Jacob Yesnick took over. Grabbing the lead on lap five, Yesnick led the rest of the race to the win. An issue on lap two of the Final for Musgrave put him on the sideline and left Yesnick and Wick to fight for the victory. Yesnick showed the way for the first 15 laps until Wick grabbed the spot away. That was the winning move, with Wick going on to score the victory. Yesnick settled for second with Mathias Coito posting fast lap of the race in third. Keawn Tandon and Cole Shade completed the top-five. Ryan Yop ran uncontested in the Empire Karts Master Shifter division. 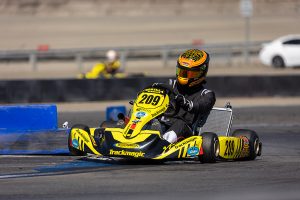 The California ProKart Challenge will honor its 2021 champions and top finishers on the season at the year-end awards banquet, scheduled for November 13. Details surrounding the event will be published in the coming days.