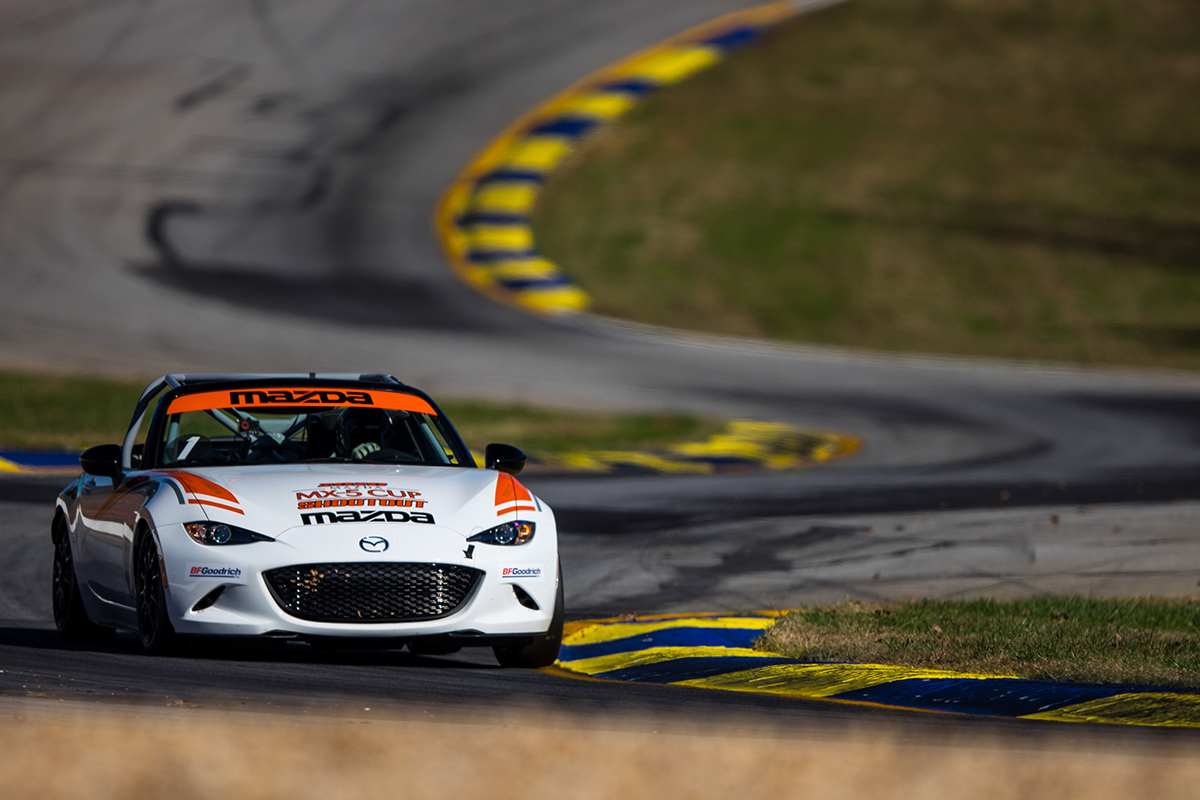 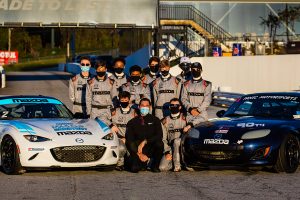 The inaugural Spec MX-5 Shootout began last year, attracting some of the world’s best karters, such as Connor Zilisch, Bryson Morris, Alex Berg, Westin Workman, and Alex Bertagnoli, each of whom went on to compete in the SMX Challenge series this year, winning many races. Each of these drivers were nominated by industry expert eKartingNews.com, Mazda’s go-to source for karting insights.

To ensure another strong nominee class for this year, Mazda turned to several of these racers as well as eKartingNews.com once again. While there were many recommended drivers, Mazda is proud to announce the 22 nominees, with the plan to select eight as finalists to compete at the SMX Shootout, October 20 & 21 at Sebring International Raceway.

According to David Cook, Mazda Motorsports’ business development manager who oversees Mazda’s grassroots racing program and shootouts, these 22 racers will have the opportunity to submit a video, sharing why they should be selected to compete in the two-day Spec MX-5 Shootout next month. “The focus should be primarily on the effort and results off-track to become a sustainable professional sports car driver, which we will discuss with the nominees at length before they submit their videos and throughout the year, as they desire,” commented Cook.

A panel of judges – industry experts – will evaluate the video submissions to select the eight go-karters to compete on- and off-track at the Shootout. Each driver will be given a Mazda Motorsports racing suit designed and created by Max Papis Innovations (MPI) to wear at the shootout, as seen pictured above with Max Papis at the 2020 SMX Shootout.

For the eight who make it to the Shootout, two-time Rolex 24 At Daytona winner and former IndyCar star Max Papis, 2020 MX-5 Cup Shootout winner Chris Nunes and current MX-5 Cup ROY competitor, and Cook will be the judges. These judges will assess the competitors on track in the SMX race car both days, their ability to consume and use data, as well as their off-track skill sets required to be a sustainable professional race car driver.

At the conclusion of the Shootout, two racers will be selected to be the drivers for Mazda’s club racing factory team. These drivers will be groomed and supported by Mazda. The drivers will be placed with the Mazda-designated race team; they will be provided a rare opportunity to be mentored all season by a pro driver selected by Mazda (TBA); they will also receive pro coaching by a Mazda-designated pro coach and driver at each of the five race events, all of which will be held at bucket-list, pro racing tracks. The drivers will receive a full-arrive-and-drive season, including testing and a racing school to earn his or her race license, all entry fees and consumables, along with a $5,000 travel budget, up to $7,500 in car damage budget, and more.

“For aspiring, professional race car drivers, sports car racing may be the most viable racing path,” commented Cook. “Within the sports car ladder, we are proud the Spec MX-5 Challenge series is known as the driver development series where all racers, regardless of experience level, may compete on equal footing in club racing, with parity and competition at the core of the class. For those not selected as the two recipients of our factory support, SMX, as well as Spec Miata, are two great race classes to consider.”

“NASA’s Teen Mazda Challenge and an original equipment manufacturer like Mazda providing the resources to create a factory racing team at the grassroots racing level are unprecedented in all of motorsports,” said NASA Vice President Jeremy Croiset. “These young drivers represent the highest levels of talent in kart racing, and we at NASA are proud to partner with Mazda to give these karting stars another rung on the ladder into professional motorsports. We wish them all the best as they vie for a spot in the Shootout.”