Superkarts! USA regional program returns to Fontana for sixth and final round of season 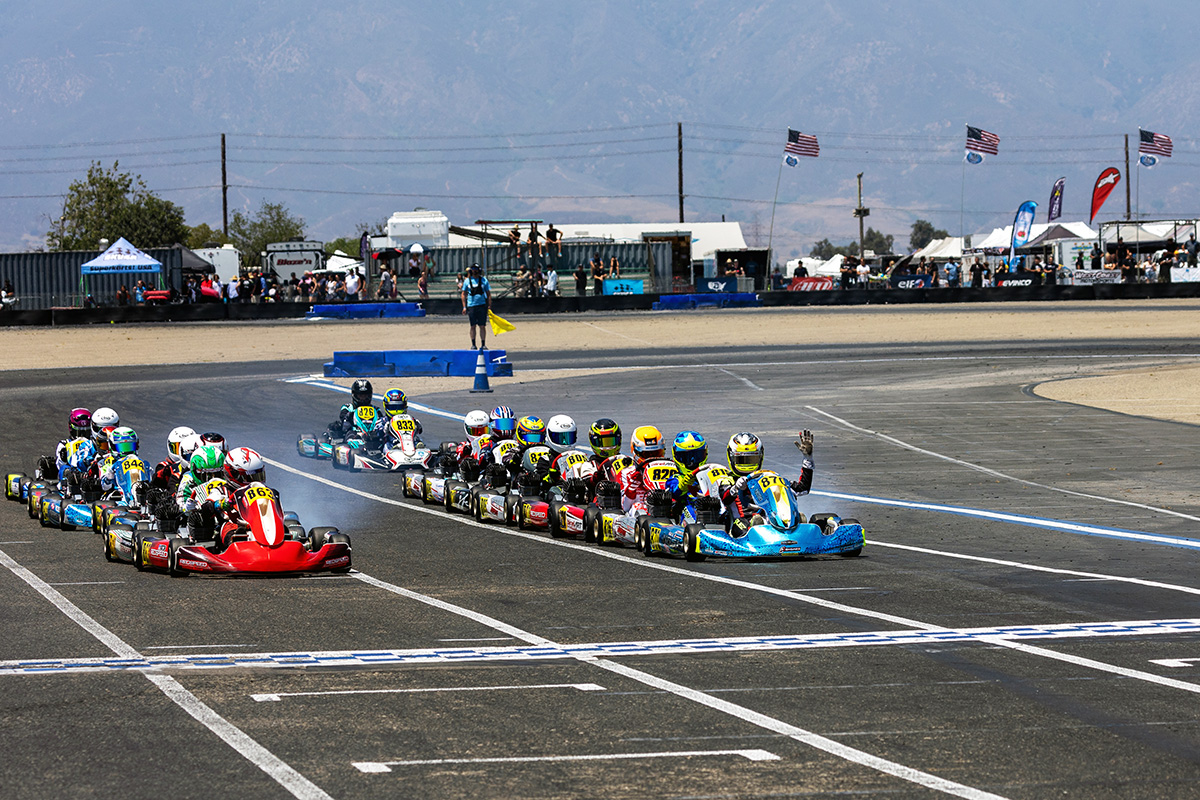 The 2021 California ProKart Challenge is set to close out the season at CalSpeed Karting on October 2-3 (Photo: Spencer Russell - PhotosBySMR)

The 2021 season for the California ProKart Challenge is set to close out next weekend (October 2-3) at the CalSpeed Karting facility. The Fontana, California circuit outside the Auto Club Speedway is hosting the sixth and final round of the championship chase. The program contested a double-round weekend here back in June, with this single-round event set to battle around the ‘Classico’ layout in the counter-clockwise direction. Action in Fontana will be the final step of the 2021 championship program, with drivers taking the best five of six rounds toward the final standings.

Billy Musgrave is setting up for a run at an eighth series championship in the Pro Shifter division presented by Positive Beverage. Musgrave has four wins in five rounds, leading the championship by 143 points over Jacob Yesnick, with Liam Jones in third. Three drivers enter the series finale separated by 66 points in the Nash Motorsportz KA100 Senior standings. Blake Nash holds the lead thanks to his two victories on the season, leading Oliver Calvo and Round Two victor Dante Yu.

Less than 100 points separate the top-two in the Mike Manning Karting X30 Master point standings. Terry Giffen, winner of Round Four, leads over Robert Switzler who has stood on the podium in three of the five rounds. KC Cook has a sizable lead in the MDG Karting KA100 Master championship chase, thanks to his two wins and two runner-up results. Brian Phillipsen, winner of the last two features, sits second, needing another perfect run to knock Cook off the P1 spot.

Another driver with four wins on the season is Jesus Vasquez Jr., who leads the West Coast Motorsports KA100 Junior title chase. Vasquez enters the series finale with a 320-point advantage over four-time podium finisher G3 Argyros. Alex Mercado has provisionally locked up the Rolison Performance Group X30 Junior championship prior to the series finale.

The Formula Works Mini Swift division has seen two drivers earn two victories over the opening five rounds. Those two enter the series finale separated by a slim nine points. William Rasmussen, who won the opening two rounds, leads over Charlie Smith, the winner of Rounds Three and Four. The Micro Swift class presented by P1 Racing Engines has Tristan Murphy coming off of four straight wins into the final event, holding a 125-point advantage over Ashton Woon, who has yet to claim a win in 2021.

Pre-Registration remains open for the California ProKart Challenge event at CalSpeed until the deadline for online registration of Tuesday, September 28 at 11:59pm PDT. A 2021 SKUSA membership is mandatory to register and compete. Move-in begins on Friday, September October 1 from 9am-6pm. CalSpeed is hosting an unofficial practice during that time. Saturday, October 2 will host official practice with qualifying at the end of the day. Sunday, October 3 hosts the Prefinal and Final events. Complete race and venue information, along with a tentative weekend schedule, can be found at the PKC Event Page. Pit spot and camping reservations are available now and highly recommended, with more information on the website as well. Team tire orders are due by midnight on Wednesday night, September 29. Spectator tickets can be purchased ahead of time thru Eventbrite or at the gate.