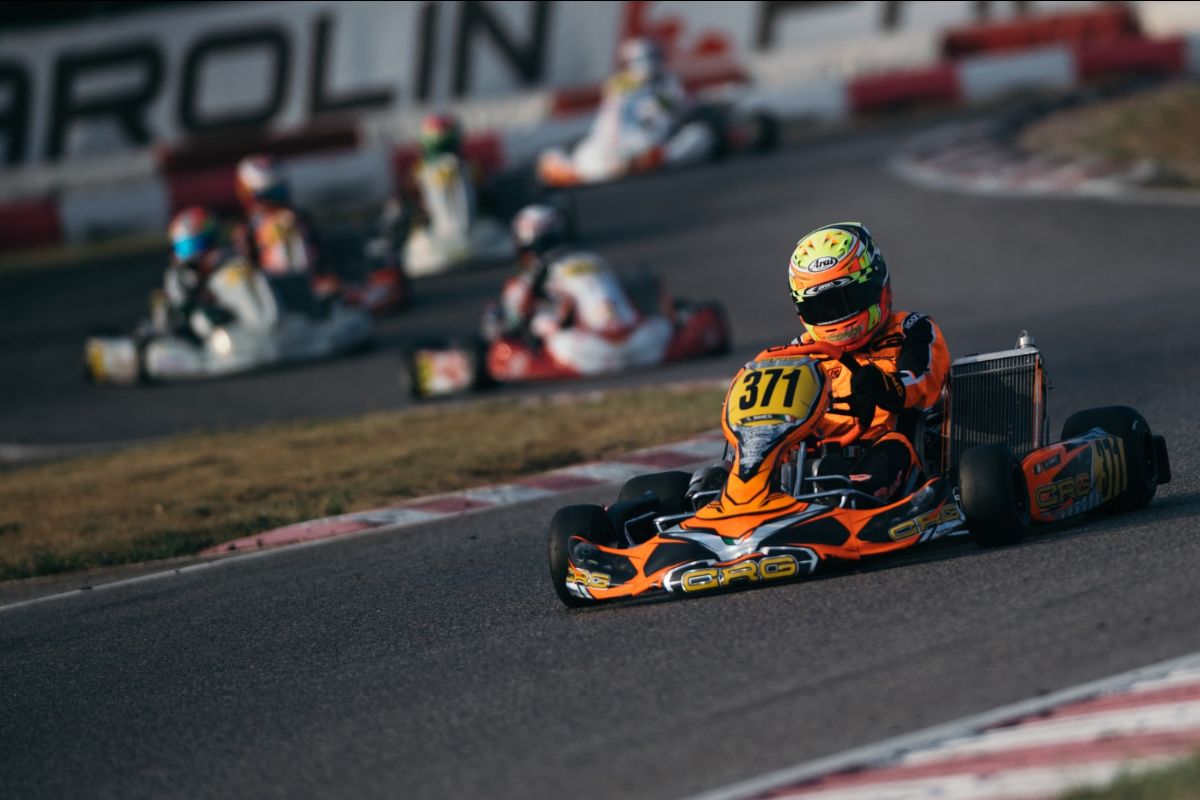 The WSK Open Cup weekend in Lonato has been characterized by an important and productive amount of work for the CRG Racing Team. But it is also about lower results, compared to the expectations and the potential shown in many phases of the race weekend. The final day of the event was affected by the rain which, as we know, always generates a sort of lottery on the track, between driver mistakes and set up moves to be done in a short time, assuming the evolution of the track.

The rain caused Gerasim Skulanov’s off-track in the Pre-final in the OK Junior category, depriving him of the qualification for the Final. Ksenia Phoenix and Justas Kasperiunas in OK suffered the same fate.

Even the youngsters of the Mini class got out decimated from the Pre-finals, with Luviwe Sambudla, Ilie Tristan Crisan and Aleksandar Bogunovic who did not qualify. On the other hand, Mattia Prescianotto proved to be very competitive, obtaining a positive 5th place in the Pre-final, and the same did the Slovenian Oskar Poberaj, who finished 7th, setting the same lap times as the best drivers.

A very positive weekend was also experienced by Simone Bianco, who has always been fast in the heats and qualified for the OK Junior Final, despite a penalty for the spoiler. Unfortunately, the Italian driver had to retire in the Final after a few laps, due to a contact in which he damaged the rear bumper.

While the sporting balance of the weekend cannot be positive, it is worth saying that the speed proved in all stages of the race was excellent, especially in the Mini category, in which CRG has always played a leading role in the market. The 2nd and final round of the WSK Open on the Adria track will take place in just 10 days and it will already be the right time to bounce back.

Full rankings of the Lonato weekend are available on the official WSK website (www.wskarting.it).

Simone Bianco (OKJ): “I am very happy with the weekend we have had, because we were very fast on the dry track and we defended well even in the wet. In the last two races of the European Championship I had struggled to find consistency in my performances and the August break has certainly helped me to find the right mental approach. As usual, I would like to thank my team who did again an exceptional job”.

Mattia Prescianotto (Mini): “My weekend started with a big mistake in the qualifying practice when I didn’t even do a lap, because I did not find enough space among all the drivers who were looking for the slipstream in the last 2 minutes available. But in the heats we were always very fast and I always recovered to the top ten from the back of the grid. Even in the Pre-final, despite the rain, I did well, finishing P5. In the Final the track got dry again in a short time and we got the wrong ratio, compromising all our chances to fight for the top positions. However, the outcome of this race is very positive”.