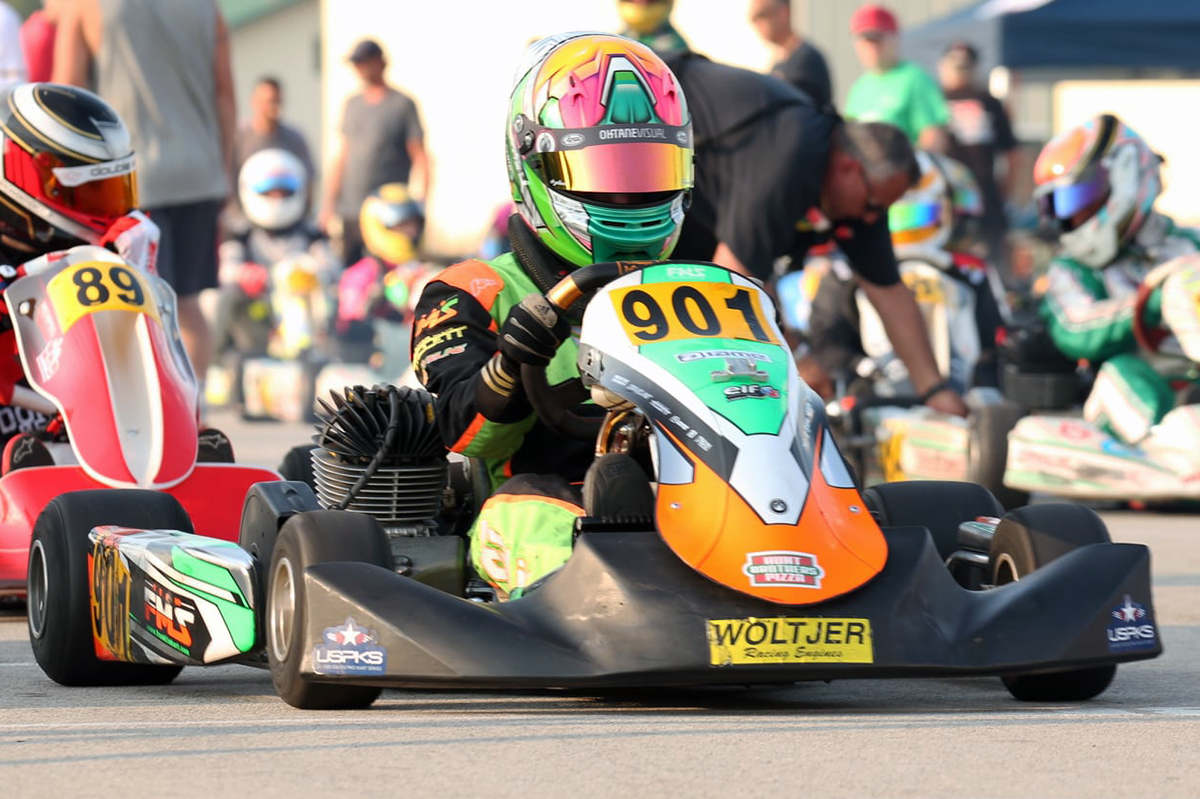 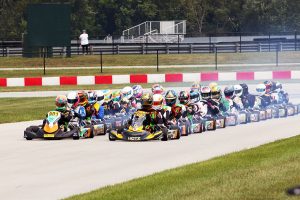 The month of August saw amazing performances at the national and regional level across the country. There were plenty of drivers to choose from, including several Driver of the Month selections we have already elected in 2021. While this month’s selection is a former DOM, it has been over six years since he was named as the EKN Driver of the Month. This former SKUSA Pro Tour, USPKS, and WKA Manufacturers Cup Series champion is among the top 100cc drivers today and arguably, of all-time in the USA.

Brandon Lemke’s performance at the Route 66 Sprint Series event at the Kart Circuit Autobahn track inside the Autobahn Country Club in Joliet, Illinois on August 27-29 set him up to contend for the series championship in the KA100 Senior division. Earlier in the season at the series opener, Lemke was pushed out of competition during the Saturday action before bouncing back to victory on Sunday in New Castle. Lemke was shut out of the podium at the Road America rounds, and needed a strong weekend in Joliet to be able to put himself back into the title chase.

Lemke responded with a dominant weekend at Kart Circuit Autobahn. Things began with Brandon posting a 51.822-second lap in qualifying to lead the way against the 32-driver field. He led all 10 laps of the Prefinal, driving away to a 1.390-second advantage. The only blemish on Saturday was not leading the opening lap of the 14-lap Final. Round Four winner Alexander Kardashian took the top spot for the first circuit, but Lemke grabbed the point on lap two. From there, Brandon drove away to a 2.6-second margin of victory for his second win on the season.

Qualifying on Sunday in KA100 Senior saw Lemke gap the field even more. Brandon was the only driver under the 52-second mark, clearing the field by over two tenths of a second. He duplicated the Prefinal run, leading all 10 laps of the race to a 2.7-second margin. The Final ended a perfect performance on the day as he led all 14 laps to a 3.3-second advantage, making it three victories on the season.

Lemke is now leading the championship standings, holding a 10-point lead ahead of Nicholas Terlecki. The series concludes this weekend (September 18-19) at the Wolf Paving Raceway – home of the Badger Kart Club – in Dousman, Wisconsin. Following that event, Lemke will gear up for the United States Pro Kart Series finale at the GoPro Motorplex on October 15-17. Lemke is second in the standings, coming off victory at the last round at Road America. The season will conclude with a trip to the Superkarts! USA SuperNationals 24 on December 1-5 in Las Vegas. Lemke was the provisional winner in an amazing drive following contact on the opening circuit in 2019 before a pushback bumper penalty took the victory away. It will be redemption as Lemke looks for his first ever SuperNats title. 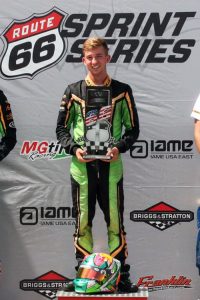 Chassis: Merlin
Engine/Engine Builder: Woltjer Racing Engines
Sponsors: Quickswim, Woltjer, Franklin Motorsports, Mill-Rite Inc.
Series You Compete In: United States Pro Kart Series, Route 66 Sprint Series
Years Karting: 12
How did you get started in karting? My dad’s friend brought over his daughters kid kart & let me try it around the cul-de-sac in our neighborhood. Instantly loved it, bought our own karts shortly after, & started practicing at Badger Kart Club.
What has been the high point in your racing career? Probably my final year of junior at the USPKS events because we only missed out on 3 wins that whole year in both TaG and Yamaha.
What are your goals in racing? To keep on having fun & pass on some knowledge to younger drivers
In a few words, how would you describe your driving style? Smooth and consistent
Funniest moment at the race track? Any time i’ve been on track with Emerson Reed, Zach Holden, or Neil Verhagen. Lots of random hand gestures in the middle of races which got me laughing while racing with them!

What do you do when not at the track? Work with my dad
What are your goals outside of karting? To maybe take over my dad’s business and work on cars for a hobby
What type of street car do you drive? Subaru WRX
What type of street car would you like to drive? Nissan Skyline R34
What are your pet peeves or things that irritate you? Lack of common sense
What do you think could be done to improve the sport of karting? Not too sure
What are your favorite aspects about the sport of karting? How close everyone is even though it’s such a competitive sport with tempers flaring almost every weekend