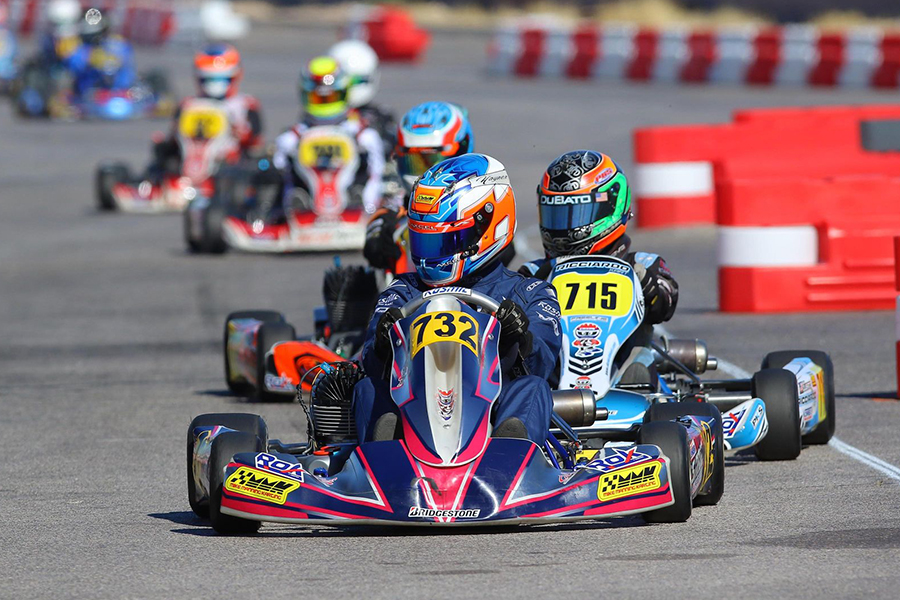 On Friday, Motorsport Development Group and HRT Driver Development have announced a merger to join forces for the remainder of the 2021 season. Their combined efforts will take effect and start this weekend at Willow Springs International Raceway for the California ProKart Challenge on September 11 in Rosamond, California.

“I started a family business, and I am truly grateful to finally get the whole family on board,” said Kyle Hayner, president of HRT Driver Development. “Throughout the years of meeting many people, training amazing staff and coaching talented drivers, it’s a blessing to fall back to the roots of family.

It’s a blessing to join forces with my brother. How wonderful it is that our team has grown so fast, and in order to continue building this all, James – my best friend – and this amazing shop that he and my father have created is what it will take to accomplish this goal.”

Kyle founded HRT in 2016, and for the last five years, has focused on advanced coaching and training to take his drivers to the next step. Kyle’s wife Callie joined the scene in 2018 as the Director of Marketing and Racing Analysis, aiding the growth and expansion of their program to a full fleet of drivers across multiple classes for both kids, teens and adults.

Since 2016, Hayner held high standards for his program and coaching, both on and off the track. That practice has expanded more than just talent on the track, but also produced some of the most respectable drivers in the pits. Now, he joins forces with MDG Karting, operated under his father, Stuart Hayner (affectionately known as Stu), and brother, James Hayner.

Stu holds a diverse career in motorsports. He holds multiple wins in SCCA competition, IMSA GT racing, and various podiums since 1981. After hanging up his sport car helmet, he continued with grassroots kart racing at his home track of CalSpeed Karting in Fontana, California. Since the late-2010’s, he manages the motorsport aspect of MDG Karting, including coaching many up and coming drivers such as 2020 KA Junior SuperKarts USA ProKart Champion Ethan Lampe.

“This is an exciting time in my life,” said Stu. “To be able to see the purpose of our kart shop come to fruition, and get to see my two boys join forces and bring this all together is amazing.”

Kyle’s brother James has been Stu’s right-hand man at MDG over the past few years. With time on the track and in the pits, James’ career is well-rounded in both physics and mechanical work to prepare race-winning and championship-earning machines. Together, Stu and James were awarded Team of the Year at SKUSA ProKart Challenge in 2019, one of the highest honors in United States karting competition.

“I’m excited for the opportunity to work with my brother,” James stated, “And be able to take our racing team to the next level.”

Officially, the three will work hand-in-hand under the name of HRT Driver Development, in effect on Friday, September 10, 2021. The MDG Karting facility will focus on the retail division, while HRT Driver Development will primarily function as track support, coaching and hold the banner for the official racing team name. After Willow Springs, the team will compete at CalSpeed Karting in SKUSA, Tri-C Karters and the Los Angeles Karting Championship for all three series finales before they travel to SuperNationals XXIV in mid-November. Follow HRT Driver Development on Instagram (@HRTDriverDevelopment), visit their website at www.hrtdriver.com, email Kyle at khayner@hrtdriver.com or call them at +1 (714) 716-5200.

ABOUT HRT DRIVER DEVELOPMENT: Born into a racing family, speed has always been in Kyle Hayner’s blood. Through his career as a performance driver on tracks all over the world, he discovered his passion for instructing. His experience over the last 14 years at schools such as Redline Time Attack and the BMW Performance Driving School inspired him to build a driver development program to give racers, new and old, a clear step-by-step process to becoming a driver capable of competing and beating the best. Having worked for some of the biggest names in the United States karting industry, Hayner created HRT Driver Development to teach passionate racers how to become champions. Visit www.hrtdriver.com for more information.