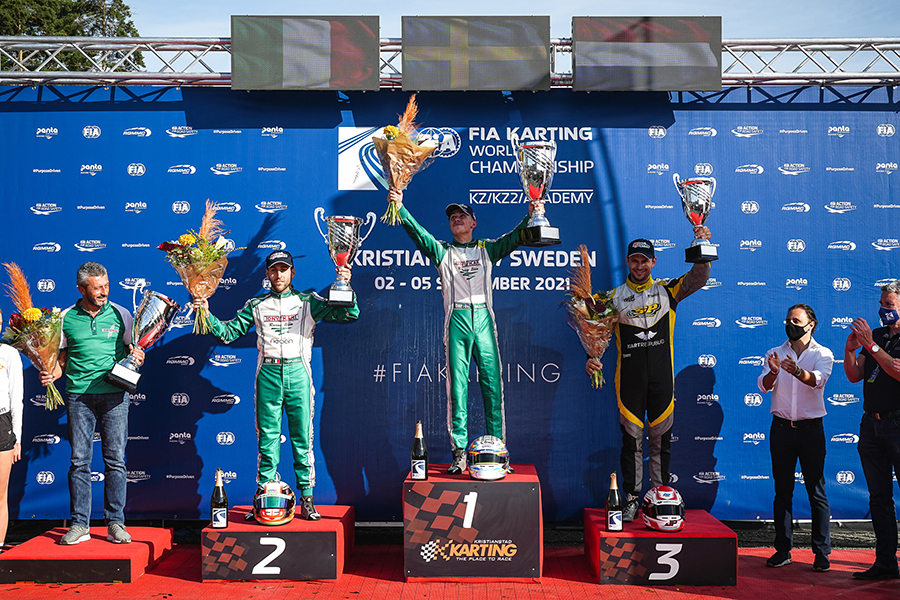 There was good weather throughout the successful organization of the Kristianstad Kart Klubb throughout the weekend of 3rd to 5th September 2021. The many spectators in the grandstand and around the circuit were able to make the most of the entertainment offered before the Finals. Dancing, an aerial demonstration by a Swedish Air Force jet, a fireworks display with its traditional massive explosion, and the national anthem sung a cappella preceded the presentation of medals to the finalists in each category in the presence of CIK-FIA President Felipe Massa. Massa was clearly satisfied to see so many high level drivers and teams gathered on a very interesting circuit like Kristianstad, allowing many overtaking opportunities while being very selective.

The final Qualifying Heats on the morning of Sunday 5th September 2021 determined the 36 finalists in the three categories. The Finals proved to be just as exciting to follow and the three winners of the day certainly proved their worth on the 1221m Åsum Ring against some very strong competition, all of whom were equipped with MG tyres. 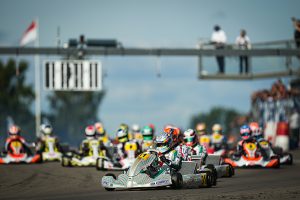 At the end of the Qualifying Heats of the FIA Karting World Championship – KZ, Matteo Vigano (ITA – Birel ART/TM Racing/MG) was the favourite with his three consecutive wins. But Noah Milell (SWE – Tony Kart/Vortex/MG) immediately took the lead from the front row at the start of the Final, while his Italian rival was once again struck by bad luck and had to retire on the first lap. Lorenzo Camplese (ITA – Tony Kart/Vortex/MG) took second place and the battle for the top spots intensified. Fabian Federer (ITA – Maranello/TM Racing/MG) quickly gave up 3rd place to Viktor Gustafsson (SWE – Birel ART/TM Racing/MG) and the public began to hope for a Swedish double on the podium. But Jorrit Pex (NLD – KR/TM Racing/MG) made a great comeback from 9th to 3rd place and Gustafsson had to be satisfied with a rewarding 4th place ahead of Simo Puhakka (FIN – Tony Kart/Vortex/MG). Milell increased his lead throughout the 25 laps of the Final and crossed the finish line more than five seconds ahead of Camplese, proving that he fully deserved his world title. The Tony Kart Racing Team could rejoice at having achieved a winning double while Jorrit Pex took the third step of the podium.

Superb success for Travisanutto in his first season in KZ2 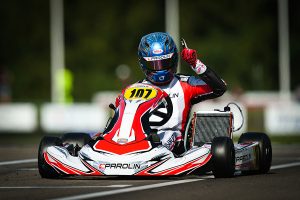 Lorenzo Travisanutto (ITA – Parolin/TM Racing/MG) confirmed his competitiveness with another victory in the last Qualifying Heat of the FIA Karting International Super Cup – KZ2, which gave him a small advantage over his closest rival David Trefilov (DEU – Maranello/TM Racing/MG). Trefilov was a threat at the very beginning of the Final, but Travisanutto was not intimidated and pulled away more and more clearly. In 2nd position, Samuel Luyet (CHE – Tony Kart/Vortex/MG) could not do anything to counter the Italian’s plans. The race remained very lively in the pack. Senna Van Walstijn (NLD – Sodi/TM Racing/MG), who started in 11th place, made a very determined move up the rankings. The retirement of S. Luyet due to a technical problem with five laps to go made it easier than expected for him to take second place. Travisanutto won with great confidence for the Parolin Motorsport team in a new category for him after his double FIA Karting World Champion title – OK. Van Walstijn took the second step of the podium with the fastest lap in the race and a gain of nine places, followed by Trefilov.

Academy: Walther wins the Final and Gladysz the Trophy 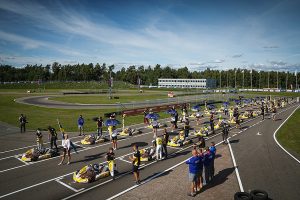 Dion Gowda (SGP) confirmed his advantage at the end of the Qualifying Heats of the FIA Karting Academy Trophy on Sunday lunchtime. But the Final did not go according to plan for Gowda as Oleksander Bondarev (UKR) took first place on the second lap with Maciej Gladysz (POL) in his wake, both battling for first place in the Trophy. David Walther (DNK) stayed in ambush and managed to reduce the gap of more than two seconds between himself and the leading duo. He even managed to take the lead with six laps to go, while Gladysz took the opportunity to overtake Bondarev. Darius Babaioana (ROU) joined the leading group and tried several times to pass Bondarev but the Ukrainian resisted the pressure of the Romanian. To make matters worse, Bondarev went off the track and saw his third place in the classification disappear. Walther won the race with the fastest lap by controlling the comeback of Gladysz, the winner of the trophy. Babaioana was disqualified and Leo Robinson (DZA) made a superb comeback from 21st to 3rd place ahead of Yevan David (LKA) and Bart Harrison (GBR) who came back from 20th.

The full results of the Kristianstad event can be found on the official FIA Karting Championship app for mobile devices and on the website www.fiakarting.com.

USA driver Caleb Gafrarar completed the three-event run as the United States representative in the FIA Academy Trophy. The North Carolina driver came into the event 11th in the championship, looking to better his best result of seventh at the opener in Germany. Gafrarar remained in the top-10 all weekend long. When qualifying came at the end of Friday, Caleb was in the opening session and clocked in the third quickest time. The second group was faster, and thus he was classified sixth overall, placed in the Group B for the heat races. Finishes of third, fourth and third put him to P5 in the heat points, lined up on the inside of row three for the Final. Gafrarar was fighting inside the top-five all race long until lap 20 when he was shuffled down to 12th. He regained one more spot on the final circuit to cross the line in 11th, classified 10th after penalties. Caleb finished the championship in 11th when counting the best two rounds of three.