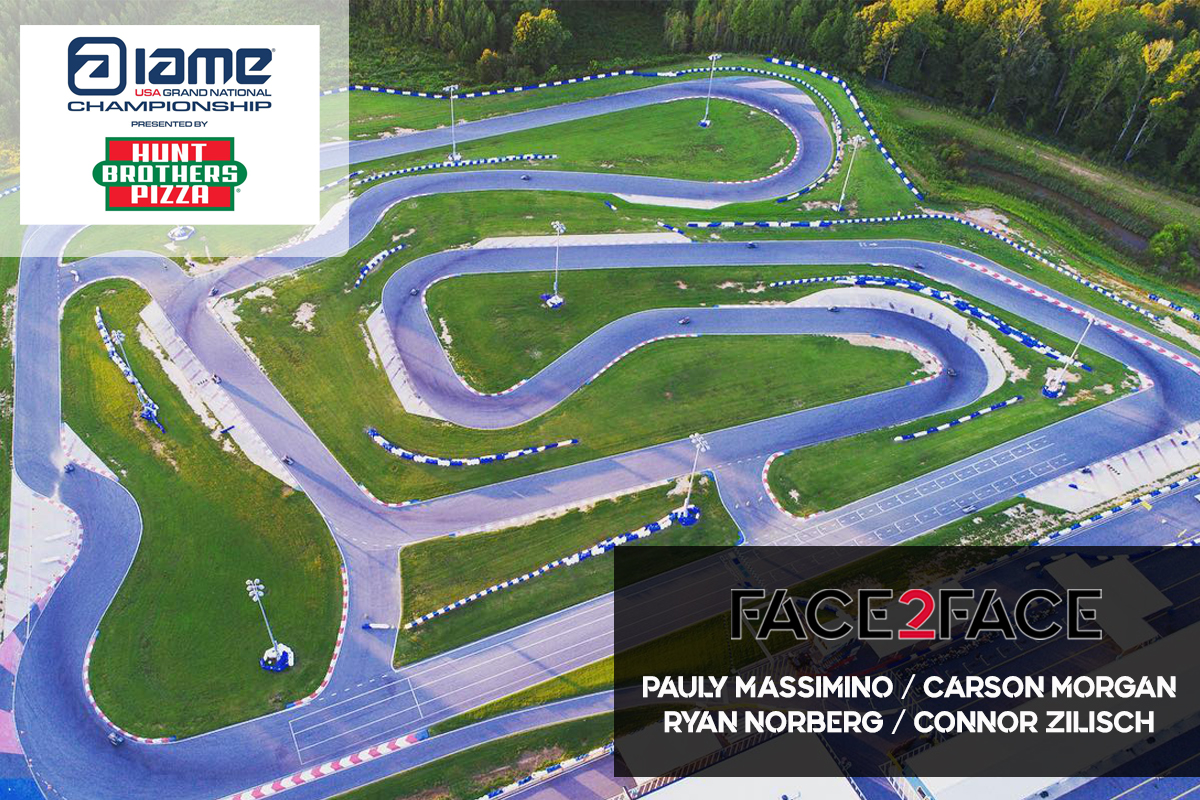 The inaugural IAME USA Grand National Championship presented by Hunt Brothers Pizza was held on July 29-August 1 at the GoPro Motorplex. The unique one-off event offered a large cash purse and IAME International Final tickets with seven drivers leaving the Mooresville, North Carolina with victory in the respective categories. Two special Shootout events along with a Tuner Challenge took part over the four days in addition to the regular racing. EKN’s Rob Howden and David Cole caught up with four of the winners; including Pauly Massimino, Carson Morgan, Ryan Norberg and Connor Zilisch in this episode of the Face2Face.