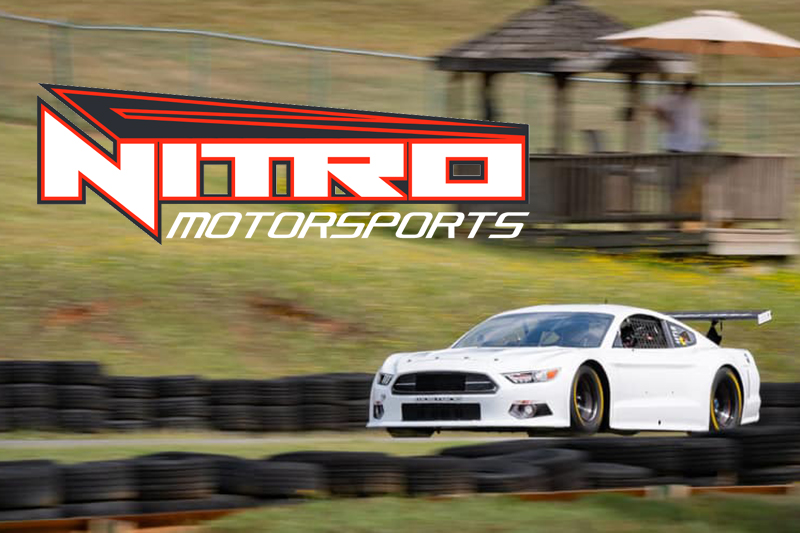 Over the last five years, the Nitro Kart brand has grown its roots throughout the American karting community. Nitro Kart was launched toward the end of the 2016 season, and was focused on providing a top chassis program for the Cadet level of karting. Owner and creator Nick Tucker made good on his promise, as he established a winning pedigree for the brand early on, and then continued to score multiple victories and championships at the club, regional and national level in under five seasons. The brand recently expanded to the Junior and Senior levels, and also debuted its eye-popping ‘Lefty’ chassis for 4-cycle competition that helped earn four Cup Karts North America Grand Nationals victories over the last two years. 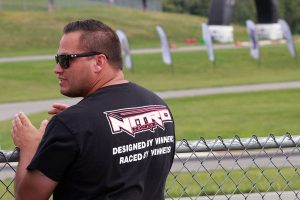 One of the key aspects of the Nitro Kart brand and race team is driver development. Tucker is a life-long kart racer, earning IKF Duffy victories and a SKUSA ProMoto Tour win in his youth before returning to claim a SKUSA Pro Tour championship in 2015. Between karting stints, Tucker competed at the NASCAR Truck Series and ARCA programs, while also serving as test driver in Cup cars. Today, Nick is currently racing in sprint cars when not at the kart track or in the shop.

Since day one, Tucker’s focus has been on helping to develop the youth of the sport, and to prepare them for the next step in their careers. The list of drivers who have raced under the Nitro Kart tent include international karting champion Brent Crews, Parker DeLong, Ben Maier, Spencer Conrad, Aryton Grim, and more, with newest Team Nitro Kart driver Connor Zilisch on his way to Senior Rookie of the Year for 2021 in the USA.

Outside the development of the drivers in karting, Tucker has pushed his drivers to test the waters in other forms of motorsports. With Nitro Kart’s headquarters based in the Charlotte, North Carolina area, oval racing is a big part of driver development within the team. Oval karts, cage karts, micro sprints and more have been part of the Nitro car roster at local dirt tracks.

The next step for Nitro Kart is into the road racing world. Nitro Motorsports has been launched with the addition of a TransAm TA2 program this year. The TA2 car is a great platform that provides elite drivers with a purpose-built race car to refine their craft while remaining an economical solution for aspiring drivers. The car is essentially a tube-frame road racing late model stock car with big horsepower, and many up-and-coming NASCAR drivers using the series and the car to train for NASCAR road racing events.

“It is no secret that NASCAR is holding a growing number of races on road courses,” stated Tucker. “Many of the top tier drivers have expressed the need for current and future drivers to have robust road course experience.  At the same time, road course racing is rapidly growing in popularity.  The Trans Am Series is seeing a record number of entries and interest and is the hot spot for road course racing.” 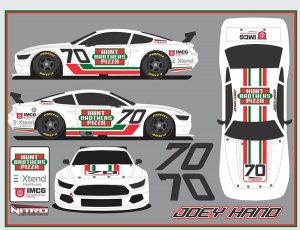 Nitro Motorsports completed their first test in June and recently confirmed their first race at this weekend’s Music City Grand Prix. Behind the wheel will be former ALMS champion and 24 Hours of Le Mans winner Joey Hand. The Californian has been busy supporting his son Chase this season in his first full national schedule in karting. Making his first start of the 2021 season, Hand will drive the No. 70 Nitro Motorsports Hunt Brothers Pizza TA2 Mustang.

“I’m going to hustle this beast through the streets of Nashville at the Music City GP,” said Hand. “I’ve never raced in Trans Am and won’t wheel this thing until I get there. I love street courses though, and I love street fighting!”

This will be the first race of the 2021 season for Nitro Motorsports, with three more races on the schedule for the team, including Watkins Glen, VIR, and Circuit of the Americas. Test days are available in between the races for those interested in developing their skills behind the wheel of a TA2 machine.