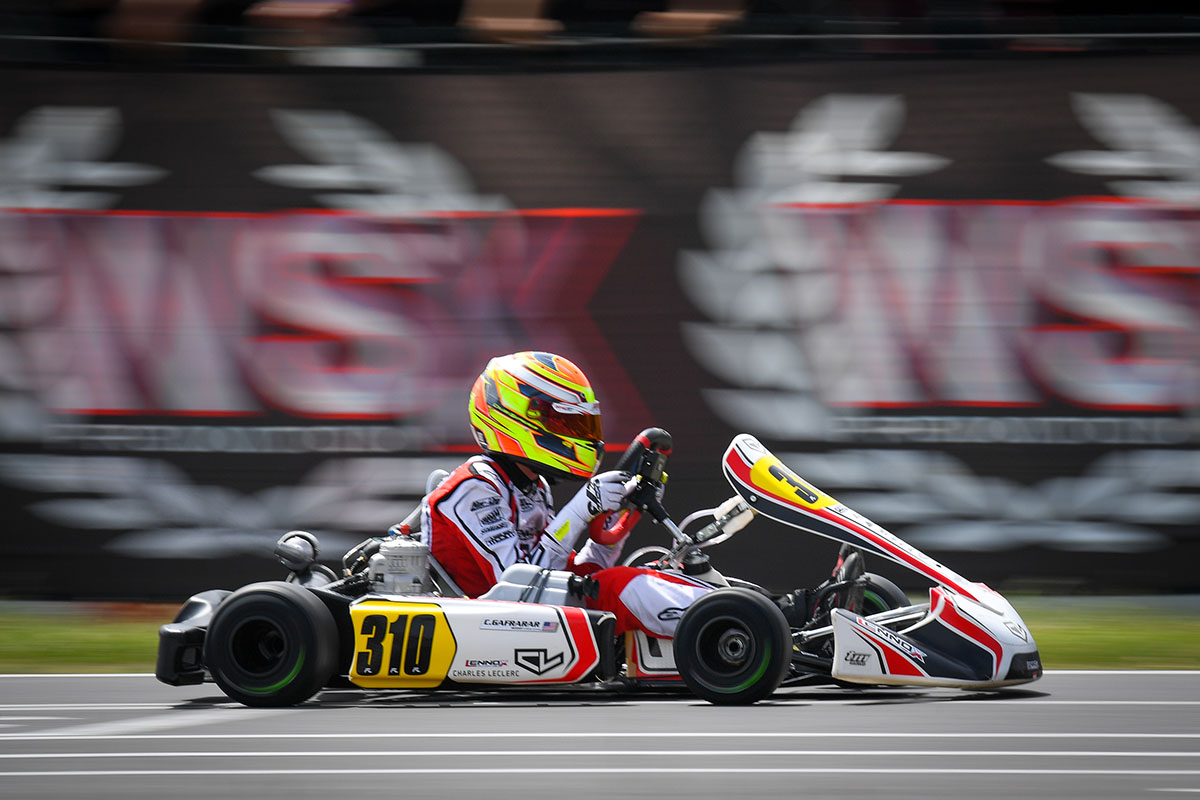 Caleb Gafrarar is home in the United States for a two-week break after two months of racing in Europe
(Photo: Sportinphoto)

Visiting and racing in Europe for the past two months, North Carolina resident Caleb Gafrarar has returned home for a brief two-week break. Recharging his batteries and filling the tank for another trip overseas, the PSL Karting, Birel ART North America and Lennox Racing Team driver continues his development despite it being his rookie season in the Junior ranks.

June saw the now 13-year-old compete at the WSK Euro Series event at the Adria International Raceway in Adria, Italy on the second weekend of the month before the first event of the FIA Karting Academy in Wackersdorf, Germany the following weekend. Returning to Italy for one final event in Sarno, a weekend off was much deserved as Gafrarar and his family vacationed in Europe. When July hit, it was back to the kart track for the FIA European Karting Championship event again in Sarno, Italy before back-to-back weekends in Zuera, Spain for the Champions of the Future program and the final round of the European Championship.

“It has been a whirlwind eight weeks in Europe, but I am happy to be back home again for a little break,” explained Caleb G. “I can sit back and reflect on my races and what I learned and what I need to improve on. The goal for me to compete in Europe this year is to develop into the best driver as possible and at times, it is hard, it will be rewarding in the end. While back at home, I will spend a little time with the family, get to see some friends and of course, watch the Olympics and cheer on Team USA.”

Speaking of the Olympics, Caleb will return to Europe and Adria, Italy for the next round of the FIA Karting Academy, the Olympics of karting. Pairing drivers from around the world in equally prepared and spec equipment, Gafrarar will once again fly the flag for Team USA and currently sits fifth in the championship point standings after one event.

Caleb continued, “The FIA Karting Academy is an incredible series that has helped launch the careers of some of today’s motorsports stars. It truly is like an Olympic event with drivers from around the world selected by their country to represent them in a three race, wheel-to-wheel format.”

Following the race in Italy there will be a three-week break before the third and final event weekend in Kristianstad, Sweden before two of North America’s premier events in Las Vegas for the ROK Cup USA ROK Vegas and Superkarts! USA SuperNationals.

“I am watching the Olympics and seeing the support for our nation in every sport,” added Gafrarar. “It is cool to know that I am representing Team USA in karting and really an honor to do so. Just like the Olympians, a gold medal is the goal, but this experience is something that I will have with me forever.”

Stay tuned to the Caleb G social media pages for news, information, photos, and results from each race weekend as well as links to results and live timing.