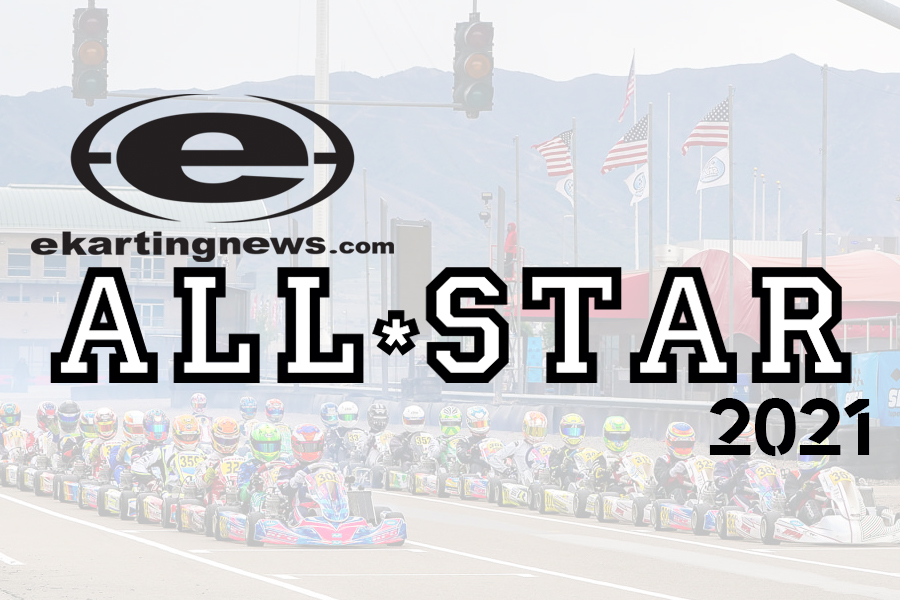 We are past the mid-point of the 2021 karting season, now into the month of July. Each year, the Major League Baseball holds their All-Star Game, welcoming some of the top players from the season from each team to fill up two squads to compete against one another. With that in mind, I thought it would be interesting to form a ‘Karting All-Star’ roster for here in the United States.

To do this, I’ve selected three drivers for each age group – Senior, Junior, Masters, Cadet – along with two ‘bench’ drivers or alternates if this was the Olympics. Each category considers all events thus far in 2021, including the winter programs, Superkarts! USA Pro Tour, United States Pro Kart Series, and other events thus far into the season. Drivers listed are in alphabetical order. 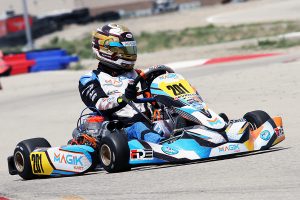 Over the last seven years, AJ Myers has remained among the top shifterkart drivers in the United States. Myers is making the 2021 season is own, with a sweep of the top shifterkart programs on the year. It began in his home state during the Florida Winter Tour with the most points at all three events, including two victories. It transferred over to the Superkarts! USA Pro Tour where Myers has led 10 of the 12 sessions over the four rounds of racing. Four straight wins during that stretch has nearly locked up a second straight championship, and what could be a third career for Myers. 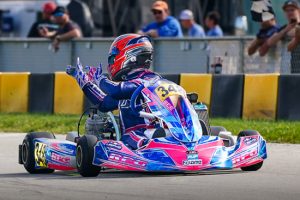 The four-time Superkarts! USA Pro Tour champion continues to be among the best in the United States in TaG racing. Despite not earning a win at the SKUSA Winter Series, Norberg claimed his third straight series title in the X30 Senior class, making it seven SKUSA championships since 2016. At the same time, Norberg was vice-champion at the Florida Winter Tour in Senior ROK. In May at the SpringNationals, Norberg recorded his first SKUSA Pro Tour victory since the 2019 SummerNationals and is now in place to contend for a fifth title. Ryan is also in contention for his first USPKS championship thanks to a double win weekend at Road America for three wins in six rounds. 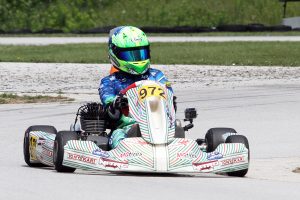 Rookie of the year title is well in the hands of the now 15-year-old, who celebrated his birthday last week. Zilisch has nearly won a race at each of the karting events he’s attended in 2021, beginning with the three straight victories at the Florida Winter Tour for the Senior ROK championship. Add in a victory at his SKUSA Winter Series debut in February that helped him earn EKN Driver of the Month. It continued with the USPKS opener at Ocala and followed with the SKUSA WinterNationals. He added another victory at the USPKS New Castle weekend. The SKUSA SpringNationals was the first weekend of 2021 that he was shut out in the win column. Zilisch is a dual threat, having three wins on the year in the KA100 Senior class at USPKS, scoring victories at Ocala, New Castle and Road America to lead the series championship. 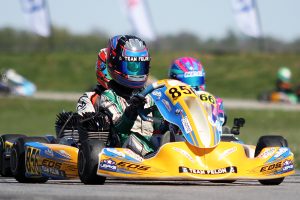 Now into his third season in the Junior ranks, Fletcher is among the more experienced across the country. The winter season began with third place in the Florida Winter Tour Junior ROK championship and vice-champion at the SKUSA Winter Series in X30 Junior. The Florida driver had a stellar month in March to be named EKN Driver of the Month. Three victories at the USPKS Ocala weekend (two in KA, one in X30) was followed up with a sweep of the X30 Junior main events at the SKUSA WinterNationals. Two runner-up results at the USPKS weekend at Road America has him leading the KA100 Junior championship after six rounds. He is only 30 points out of first in X30 Junior for USPKS and third in the SKUSA Pro Tour standings in the same category. 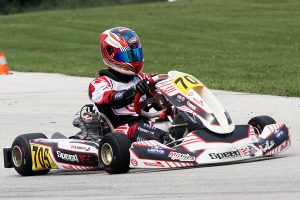 The Canadian has spent a lot of time in the United States during the 2021 season. Ingratta opened the season with a Junior ROK vice-championship at the Florida Winter Tour, including a victory at the first of two weekends at Ocala. Ingratta was able to earn his first career victory at the USPKS during the New Castle weekend, adding two additional podiums at Road America to establish himself as the championship leader going into the series finale in October. 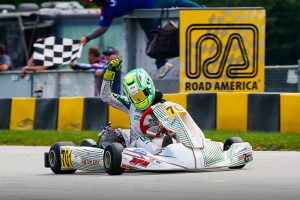 Securing two championships in the same season was something new for the Superkarts! USA program with Carson Morgan doing so in the Junior categories. Returning in 2021, Morgan remains one of the top drivers again. He sat out the winter months and returned with the SKUSA WinterNationals, shaking the rust off with one podium and another top-five in the four main events. He came back to the SpringNationals as the top driver in KA100 Junior, winning Saturday before an issue on the warm-up lap left him on the sidelines the next day. Morgan added a victory on Sunday in X30 Junior, taking over the championship lead for the first time on the season. What is sure to get him the EKN Driver of the Month for July was a four-win performance at the USPKS Road America weekend. He swept both the KA100 Junior and X30 Junior divisions in his 2021 series debut. 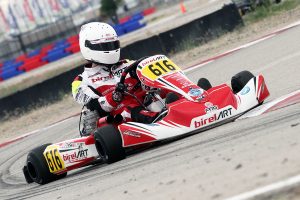 Since moving to the elder category, Musser remains one of the top drivers in the country year after year. Musser has four championships at the SKUSA Pro Tour since 2013, adding to the many other titles earlier in his karting career including four at the US Rotax Grand Nationals. It could have been five SKUSA titles in 2020 but instead Jordon ran the Pro 2 division. Musser started out the 2021 season undefeated at the Florida Winter Tour program and has three of the four wins thus far in the SKUSA Pro Tour, gunning for that fifth championship. 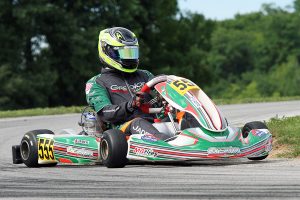 History was made in 2021 in the X30 Master category at the SKUSA Winter Series. Renato Jader David extended his win streak to 11 at the program. Over the course of four years, RJD has won 13 of 16 main events, earning the championship all four years. It was a clean sweep in 2021, finishing each session over the four rounds in the P1 position. The opening months of the season also included a sweep of the Florida Winter Tour program. Renato made his USPKS debut in May, earning victory during the Saturday round and then became the only multiple winner on the season with another win at Road America. 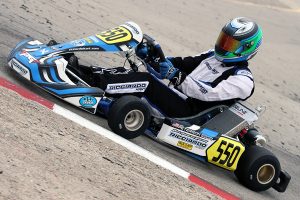 Four podiums in four rounds of racing at the Superkarts! USA Pro Tour have Jess Peterson among the top Master drivers on the season. Peterson has a handful of victories at the national level over the last few years but is still missing that elusive championship. 2021 could be the year with a victory at both the WinterNationals and the SpringNationals. Placing second and third in the other two rounds have him leading the standings heading into the SummerNationals, which should see the largest field of the season. That will be the true test for Peterson in his bid to become a SKUSA Pro Tour champion. 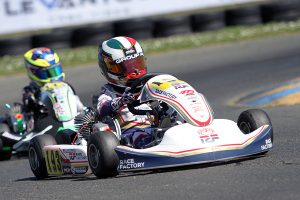 One driver we’ve been watching since he hit the scene in Micro Swift is Antonino. Five victories in six rounds of racing helped him add his name to the list of champions at Challenge of the Americas this winter in the Mini ROK division. Antonino had two come-from-the-back performances that included one win with the other just short of the podium. That was his only round in the six main events without a victory. Add in two top-five finishes at the United States Pro Kart Series and a sweep of the Stars Championship Series event at New Castle. 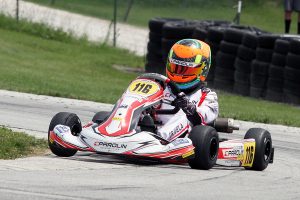 Racing in the United States has been limited for Orjuela for 2021, however, each time he has seen victory. Orjuela opened up the season with three victories in two weekends at the Superkarts! USA Winter Series and the Florida Winter Tour to help him earn the January Driver of the Month honor. Matias came out of the SKUSA program with the Mini Swift championship before he traveled across the pond for a long stretch of racing with the factory Parolin team. He’s been among the top Mini drivers in the WSK Super Master and Euro series and in programs throughout Italy. Orjuela recently returned to the USA and went right to work with the USPKS Road America weekend. He swept the action on Saturday and victorious Sunday in the main event in his USPKS 2021 debut. 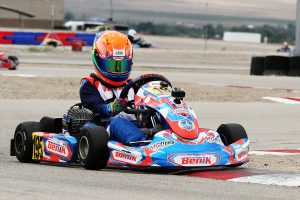 The 2021 season has been about standing on the podium for Vidmontiene, from January to July thus far on the year. It all began with a third place in the Superkarts! USA Winter Series Mini Swift standings before a vice-champion performance at the Florida Winter Tour program. He carried that momentum into a double win weekend at the SKUSA WinterNationals before he won in Utah at the SpringNationals. Combined with a runner-up in Round Three, Vidmontiene holds the SKUSA Pro Tour Mini Swift championship lead heading into the SummerNationals. Vidmontiene is also the championship leader at the United States Pro Kart Series. Five podium finishes in six rounds, including two victories has him leading the title chase by a substantial margin.