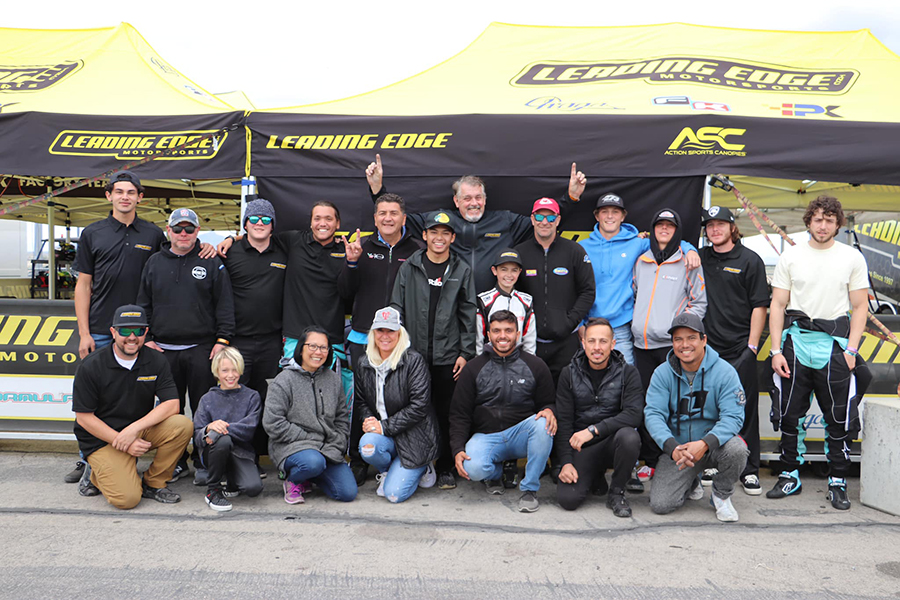 Leading Edge Motorsports has been a name associated with shifterkart racing within the karting industry for over 20 years. When the wave of shifterkart racing began picking up its momentum in the 1990s, Greg Bell and his LEM shop and race team were at the forefront. As a works team for the iconic Trackmagic program, Bell and his drivers were stars of the Superkarts! USA ProMoto Tour and they were powerhouses in the NorCal scene, which was a hotbed of gearbox racing.

Fast-forward to this new decade, and Leading Edge Motorsports remains at the front, winning the biggest races while also developing talented drivers. 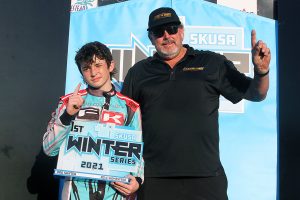 The 2021 season began in the state of Florida with the Superkarts! USA Winter Series program. Leading Edge and Bell connected with 12-year-old Brent Crews, who was provided the opportunity to compete in the Pro Shifter category. Crews came in armed with worldwide success, having won at the IAME International Final and the Rotax Max Challenge Grand Finals in Cadet competition. Multiple Junior titles in just two years at that level helped to promote him to the Senior ranks early. Running an LEM-prepared Formula K package, Crews swept all four main events of the SKUSA Winter Series to earn his first Senior title. In addition, Brent has two starts this summer in the Stars Championship Series program, taking second at GoPro Motorplex in April and third at New Castle Motorsports Park in June.

“This young gun has impressed me,” stated Bell, when asked about Crews. “Many see his age and can’t believe he is able to wheel around a kart, let alone all the dirt racing he has been doing. His racing intellect is well above his age level, and he’s impressed me from day one. Working with Brent is a pleasure, as he pushes me while I push him to put the equipment up front right away.” 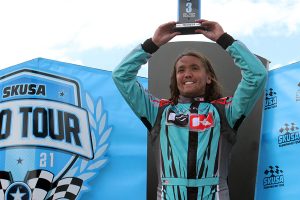 Over the last two seasons, Leading Edge Motorsports and Greg Bell have also worked with ANSA Motorsports and their program in the state of Florida. That connection brought on a new relationship with Vincenzo Sarracino. The Florida driver joined ANSA at the end of 2020, having a driven shifterkarts with success at the local level since the 2017 season. Sarracino contested the Florida Winter Tour program to begin the 2021 season, his first on the Formula K brand. Through the first two events of the FWT, Bell and Sarracino established a strong connection and it paid off with the series finale at Ocala Gran Prix with a fourth-place finish. Sarracino ended up seventh in the championship standings. Now, Sarracino is racing under the LEM tent at the Superkarts! USA Pro Tour program. The season-opening WinterNationals at NOLA Motorsports ended with a best finish of sixth, but Sarracino was definitely in the mix. The SpringNationals at Utah Motorsports Campus was the site of his breakthrough performance. Vincenzo was in the top-five all weekend long, placing fourth on Saturday before earning his first SKUSA Pro Tour podium with a third-place performance on Sunday. Vincenzo is now fourth in the championship chase heading into the SummerNationals at New Castle Motorsports Park in August.

“The situation with Vincenzo is different from Brent, as he comes in as a seasoned driver,” continued Bell. “When we began working together, we had to establish a good baseline to determine where we needed to focus our time on improving his performance on the track. He has the ability to contend at the national level, and it’s great to work with him and easy to provide a race-winning kart with his abilities.” 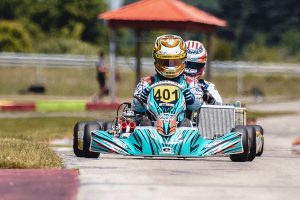 Blake Hunt is the newest driver under the Leading Edge Motorsports banner aboard the Formula K chassis for 2021. The WKA and United States Pro Kart Series champion has been testing the waters in dirt sprint cars, but he’s also made his way back to karting with Bell. Hunt made his shifterkart debut at the Stars Championship Series’ New Castle weekend in the ROK Stars division. Hunt was able to come away with a runner-up result, nearly posting fast lap of the race in his introduction to shifterkart.

“I enjoy working with new drivers to the shifterkart ranks, and Blake was quick to adapt,” Bell said. “His willingness to take suggestions and change his driving style helped improve his pace as he went quicker and quicker with each on-track session. He nearly pulled off the victory in his debut, and I am excited to continue to work with him in the future.”

Hunt will be back with Leading Edge Motorsports for this year’s SKUSA SummerNationals and SuperNationals, having recently added a KZ engine package to his equipment line-up.

Bell supports all three levels of karting, beginning with Briggs & Stratton 206 club racing at Prairie City and with the KPX Karting Championship in NorCal. Greg is really enjoying working with his young drivers in the Briggs program, and the team is also front and center in regional racing action with the SKUSA California ProKart Challenge with five drivers at Santa Maria this past weekend. After this coming weekend’s Stars event in Cincinnati, LEM will head back to Prairie City before hitting the road for the SummerNats at New Castle on August 13-15.

Be sure to follow Leading Edge Motorsports on social media, and bookmark leadingedgemotorsports.com.