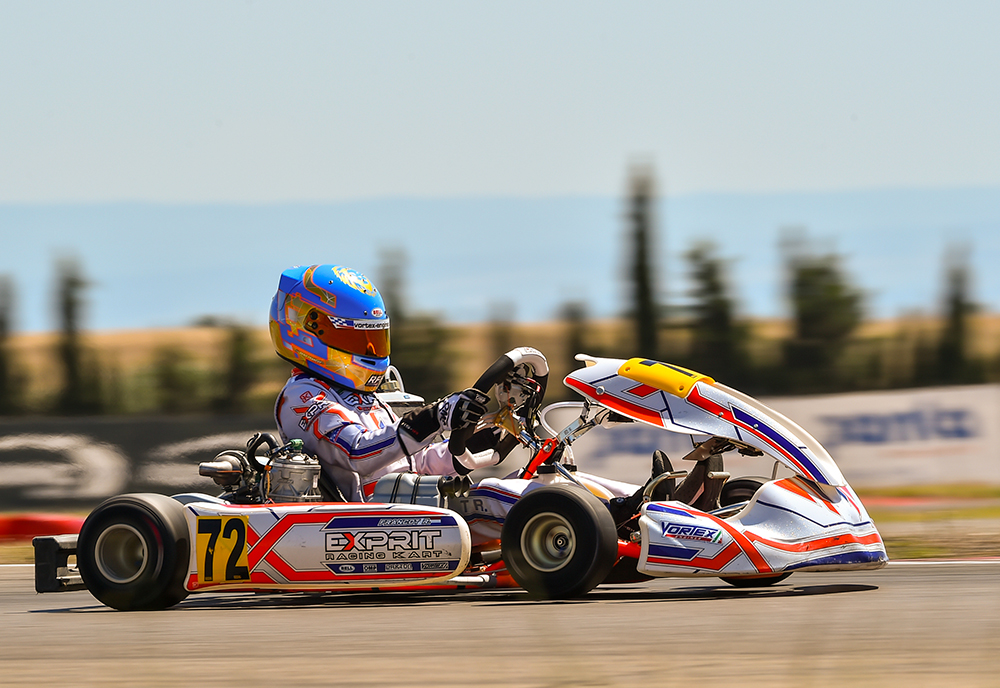 Our Racing Team attends the second round of the Champions of the Future in Zuera, in view of the fourth and last round of the FIA Karting European Championship in a few days, still on the same track.

The second round of the Champions of the Future in Zuera, Spain, is an important test for our Exprit Racing Team in view of the next round of the FIA Karting European Championship for OK-OKJ classes to be faced as usual with our Exprit Noesis R chassis powered by the Vortex DST engines for the OK class, and the Vortex DJT, for the OKJ.

In OKJ, Reno Francot arrives in Spain after the excellent weekend in Sarno, on the occasion of the FIA Karting European Championship. The Dutch driver, also this time, achieves good results in the qualifying heats, including a Top 5 in the second race, but two retirements force him to the Second Chance Heat which, unfortunately, turns out to be complicated. Also Oscar Wurz, despite good performances in the five eliminatory heats, has to be content with the Second Chance Hit due to a couple of penalties and therefore cannot proceed towards the final.

In OK class, Edoardo Ludovico Villa comes to the Spanish circuit after a Top 10 position obtained in the first round in Genk. The Italian driver, however, is not so lucky in Zuera: after a continuous crescendo in the qualifying heats, a collision and the consequent spin off the track – without consequences – sign his premature conclusion of the pre-final for our driver, a result that consequently compromises any possible success in the final.
In the OK category, Exprit Kart can however boast a well-deserved podium: Nicolò Cuman, who started from the pole position, fights incessantly in the first positions during the final and crosses the finishing line in third position.

This test for the Exprit Racing Team is just a “warm-up” for what we will see in a few days. From July 22nd to 25th, our sports division will run another weekend of races on the circuit of Zuera, in Spain, this time valid as the fourth and final round of the FIA Karting European Championship for OK-OKJ categories.