News and notes from CTECH Manufacturing Motorplex at Road America 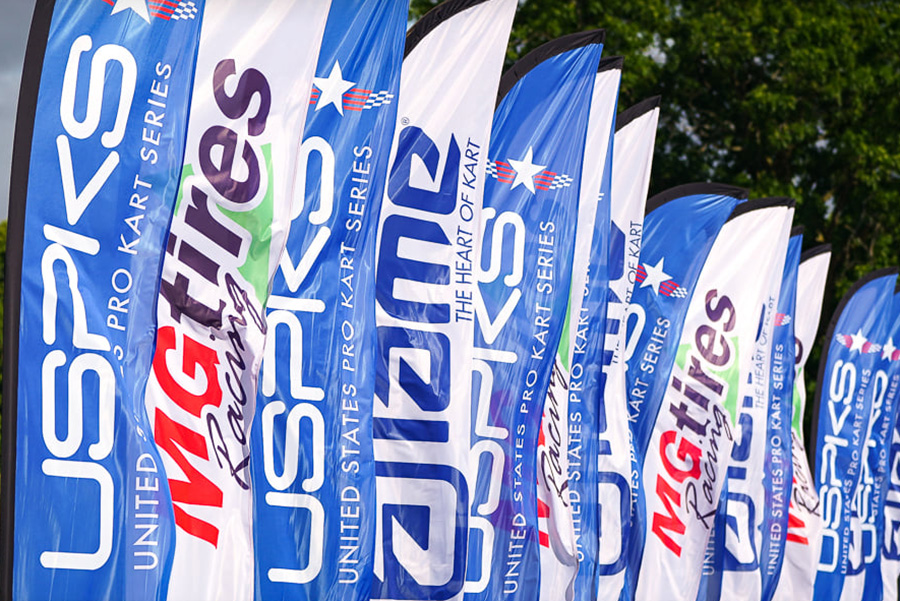 EKN’s Paddock Insider is part of our Trackside coverage, bringing you notes, updates and breaking news as it happens. The article will feature notes from trackside at the 2021 United States Pro Kart Series Badger State Grand Prix from the CTECH Manufacturing Motorplex at Road America during the July 9-11 weekend. EKN Managing Editor David Cole is trackside in Elkhart Lake, WI to provide insider info will not be seen anywhere else. Please feel free to comment and discuss our coverage and today’s action in the EKN Global Members Discussion area below.

A New View from ‘America’s National Park of Speed’ 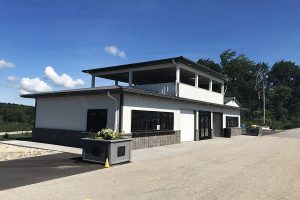 The third stop of the 2021 United States Pro Kart Series presented by MG Tires brings the program back to Road America. The historic facility has hosted a kart track since 2000 and welcomed major karting events over the two decades. New for this year is a new operations headquarters where they administer the rental kart portion of the facility for the fans that attend events on the 4-mile course. And for the Road America Karting Club, it’s provides them a base for scoring and registration. The big difference from this new building to the old trailer, is the viewing deck on top. About a 30×30 covered platform allows for viewing of the big track, and the kart track at the same time. It will be the home for EKN, along with official timer Alli Long and announcer Tim Koyen all weekend.

A Good Problem to Have 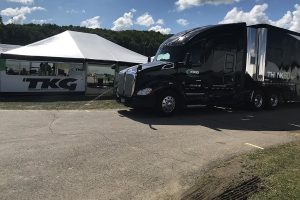 This is the second time the USPKS program has visited Road America, with the first coming last year on Labor Day weekend. The track was added to the schedule after the COVID-19 delayed the start of the 2020 season, cancelling the original opener at Ocala Gran Prix. A total of 165 entries made their way to Elkhart Lake, many for the first time and one of the larger events the track had hosted. This weekend, all records are broken with the series welcoming record numbers over the first two events, and continued the over 250 mark on the season. An official number will be calculated at the end of the day. With the large number of entries comes the need for pit space. Thankfully, the area inside the famed carousel at Road America is a camp ground area, and perfect for a karting paddock. The issue has been the rain that the area has received over the last two weeks, including the Route 66 Sprint Series weekend. Large haulers have been placed on the paved access roads to avoid sinking in the ground, providing a bit of a logistics problem when it came to parking Wednesday in the rain. Everyone cooperated, including the competitors, officials and track staff to make it work. All passenger vehicles are parked on the inside of turn 8, over the Johnsonville bridge that you see during IndyCar/NASCAR/IMSA television coverage. In the likelihood that USPKS returns next year, all involved will set forth a plan to make it even easier to deal with wet conditions, and the large number of competitors.

Orjuela Back in the USA 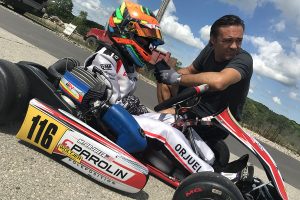 Mathias Orjuela is back with Parolin USA after competing in Europe since late February (Photo: EKN)

A number of drivers from the USA and North America have been competing in Europe this season. Among them is Parolin USA driver Matias Orjuela, who won the SKUSA Winter Series championship in February. Since then, Orjuela has been competing in the WSK Super Master and Euro Series, along with selected events in Italy. Racing with the Parolin factory team, Matias finished seventh in the Mini category at the Super Master program and just wrapped up the P9 at the Euro Series, nearly finishing on the podium at the Finale last weekend in Sarno, Italy. Among those also returning are the Iliffe brothers – Oscar and Jack – who raced alongside Matias under Parolin, rejoining the Iron Rock Motorsports team this weekend aboard the Tony Kart. As the numbers continue to grow here in the USA for karting, so does the amount of drivers competing in Europe that hail from the United States.