Second Half of 2021 California ProKart Challenge Begins in Santa Maria

Round Four of Superkarts! USA regional program set for July 17-18 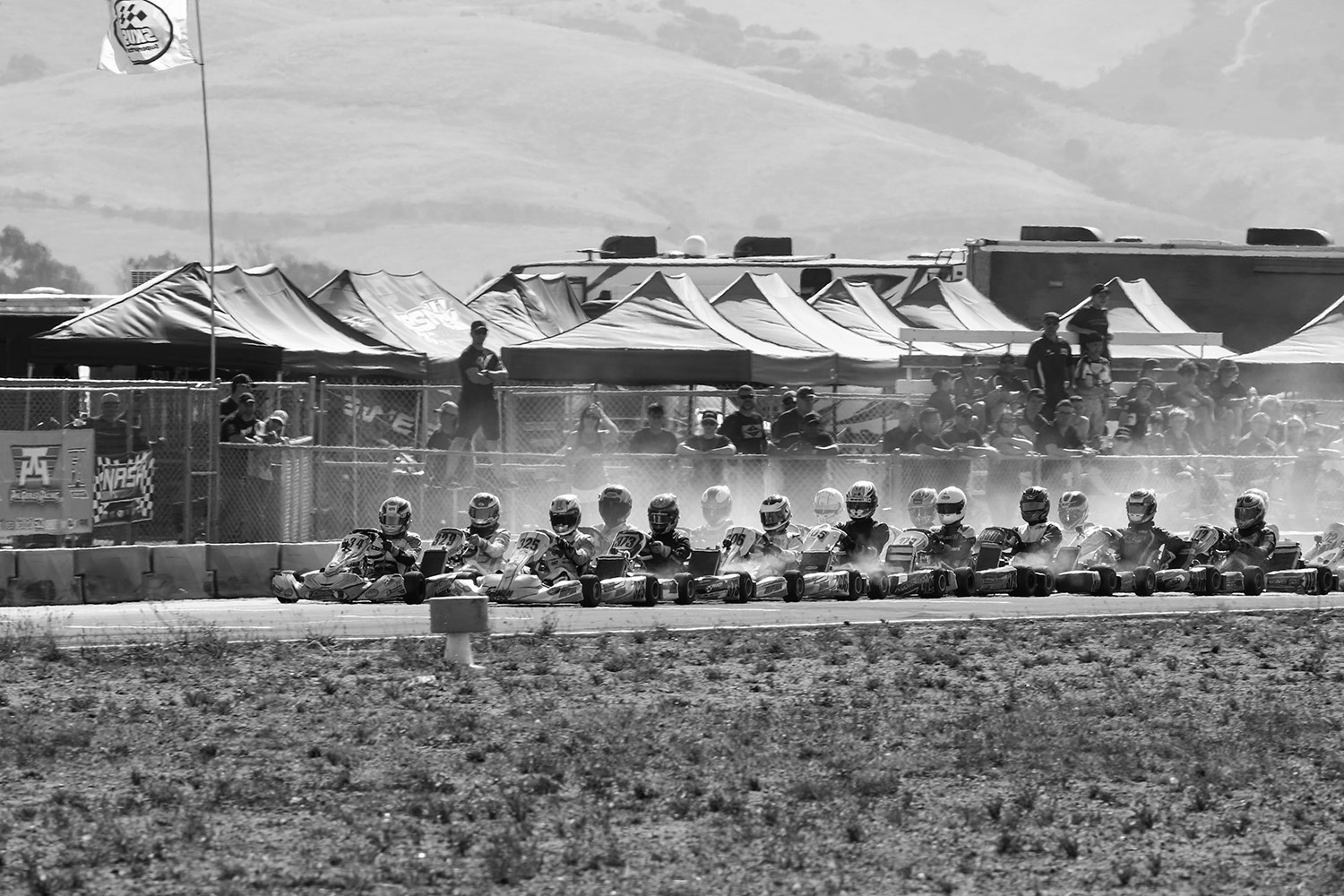 The second half of the 2021 California ProKart Challenge is on the horizon, beginning on the July 17-18 weekend at the Santa Maria Karting Association facility amidst an attractive west coast, cool and breezy weather forecast. Round Four of the 2021 championship chase will take place at the Santa Maria, California circuit with the new standard two-day race format for the Superkarts! USA regional program. Two events and three rounds of racing have been completed thus far into the season, with an exciting weekend planned at the SMKA ‘K’ layout to further shape those title chases.

It all began in April, with the opening round contested at the Buttonwillow Raceway Park before the series hosted its double-header weekend at CalSpeed Karting during the month of June. The lucrative $70,000 purse – including 2021 SKUSA SuperNationals 24 tickets, entries to the 2022 California ProKart Challenge program and year-end prizes provided by IAME USA West and Evinco/MG Tires – await those who continue to battle for supremacy at the California ProKart Challenge.

For the first time in many years, a new name sits atop the standings in the Pro Shifter division, with Vicente Salas holding the edge over multi-time series champion Billy Musgrave. Only 35 points separate the two drivers with Jacob Yesnick a close third. The KA100 Senior class has been one of the largest divisions throughout the first half of the season with three different winners in three rounds of competition. Round Two victor Dante Yu leads by a slim 15 points over Oliver Calvo, who has yet to land on the top step of the podium. Round One winner Blake Nash sits close in third with Round Three winner Jacob Hoover back in fifth behind Ayden Aquino.

Jesus Vasquez Jr. laid down the perfect weekend at CalSpeed to assume a stronghold on the KA100 Junior championship lead ahead of G3 Argyros and Christian Cameron. X30 Master Round One winner Jeff Rice remains the championship leader after three rounds, holding just six points ahead of Terry Giffen with Robert Switzler only 37 markers back. KC Cook has two wins on the year in the KA100 Master division, controlling a sizeable lead at the halfway point in front of Ronnie Swaim and Brian Phillipsen. William Rasmussen is another driver with two wins on the year, leading the Mini Swift standings by 114 points over Round Three victor Charlie Smith. In Micro Swift, Tristan Murphy doubled up at the CalSpeed weekend to take the lead in the title chase, ahead of Ashton Woon by 110 points.

As a reminder, the full range of categories provided by the California ProKart Challenge will be offered at the Santa Maria Karting Association weekend, including the Master Shifter, Shifter S125, Shifter M125, S5 Junior Stock Moto, X30 Senior and X30 Junior divisions. Racers are especially encouraged to participate in those classes that are also offered in the upcoming SuperNationals, in preparation for the advanced level of competition.

Pre-Registration remains open for the California ProKart Challenge event at Santa Maria until the deadline for online registration of Tuesday, July 13 at 11:59pm PDT. A 2021 SKUSA membership is mandatory to register and compete. Move-in begins on Friday, July 16 from 9am-6pm with no one allowed on-track. Saturday, July 17 will host official practice with qualifying at the end of the day. Sunday, July 18 hosts the Prefinal and Final events. Complete race and venue information, along with a tentative weekend schedule, can be found at the PKC Event Page. Reserved pit spots and camping reservations are highly recommended prior to the pre-entry cutoff and can also be found online.