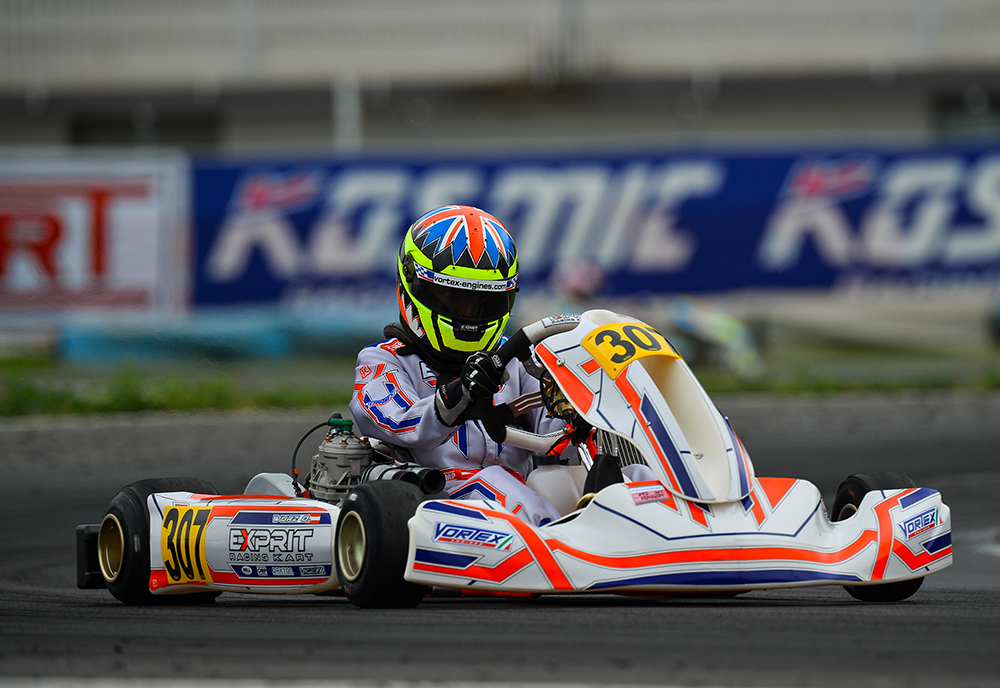 On the occasion of the last round of the WSK Euro Series, our Noesis R chassis grabs the podium in the final of the OKJ class. The drivers of our Racing Team, still engaged in the “Junior class”, take advantage of the event with the aim of training themselves for the next round of the FIA Karting European Championship.

The Exprit Racing Team also completes the WSK Euro Series 2021. Our sports division attends the third and last round of the championship on the Naples International Circuit Napoli and gathers useful information in view of the next European round with our Exprit Noesis R chassis, equipped with the DJT engine by Vortex for the OKJ class. There is also room for our Exprit Rookie 2020 in the MINI class, again with the MCX Vortex engine.

Our driver Oscar Wurz reaches the final of the OKJ class in Sarno. The Austrian driver is among the ten fastest drivers of the final race of the weekend (in fact, he sets the eighth best timing) despite his starting position in the last rows and he climbs up 11 positions during the 13 laps of the race, until he crosses the finishing line in the Top 15 and not so far from the Top 10. After a good speed in the previous event at Adria and with the victory in the FIA Karting Academy Trophy in his pocket, always at the wheel of Exprit Kart-Vortex material, at Wackersdorf, Reno Francot finds several obstacles in the qualifying heats and three times out of five does not finish the heats. However, the Dutch driver doesn’t give up and in the pre-final he even manages a comeback of not less than 16 positions, but all this is unfortunately not enough to gain a pass for the final by just one position.
With our Exprit Kart chassis, Kai Sorensen, on the other hand, climbs on the third step of the podium of the OKJ final.

Mateo Moni continues his growth within our Racing Team in the MINI class. The very young French driver always gains several positions in the qualifying heats and has the chance to compete in the pre-final, but unfortunately he is not able to complete a single lap. Nevertheless, this experience will certainly be useful and precoius for the future engagements of the season.

After the WSK Euro Series, the Exprit Racing Team has its eyes focused on the next round of the FIA Karting European Championship. From July 8th to 11th , on the Naples International Circuit, the drivers of the OK and OKJ classes will take part in the third round of the season.