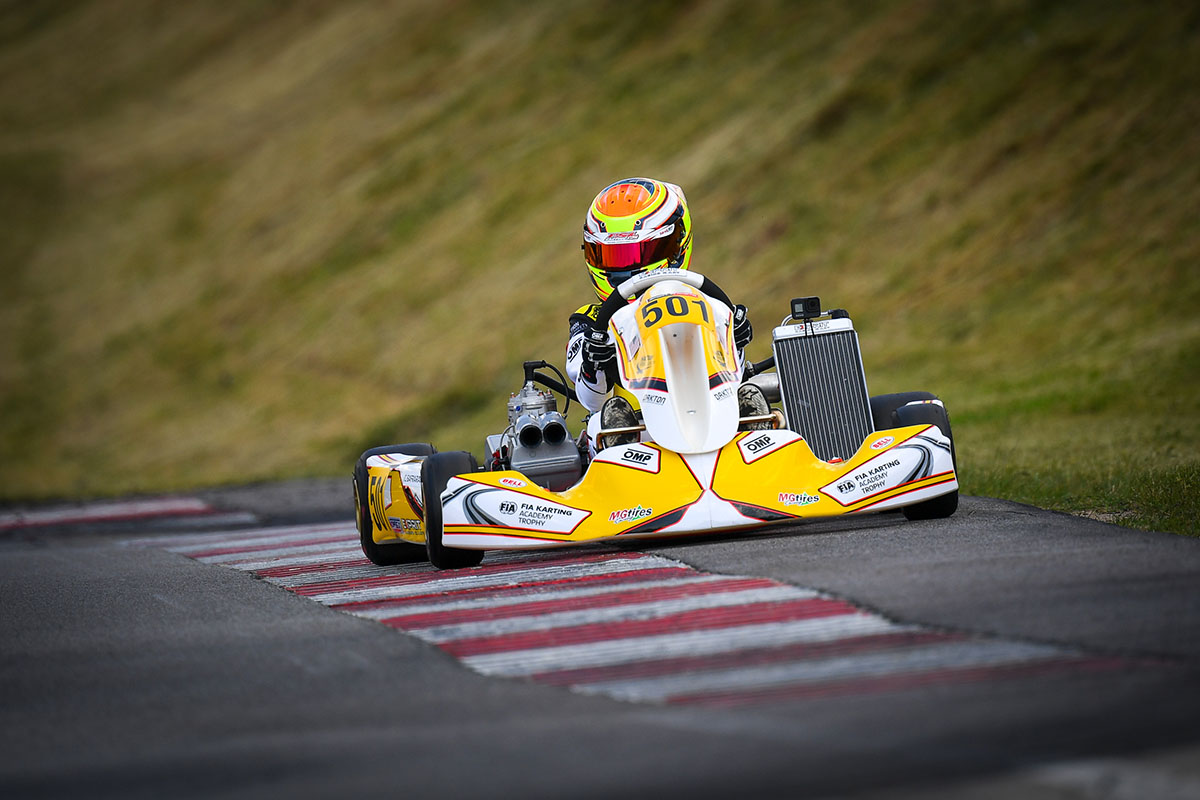 Caleb Gafrarar competed in three European events in June and is set for three more in July
(Photo: Sportinphoto)

After taking the long flight to Europe in early June, American Caleb Gafrarar will stay overseas for another month of racing. Competing with the Lennox Racing Team and developing his skills, building knowledge and gaining experience, Gafrarar completed three world class events this past month and is set for three more in July.

“It has been busy, stressful at times, but I am learning a lot and having a blast,” explained Caleb G, who will enjoy this weekend off. “We have had some very good weekends and some difficult ones, but it is all part of racing. I keep telling myself that I am a rookie in the Junior ranks and learning with each passing lap.”

After competing at a pair of WSK Euro Series events in Italy in June, Gafrarar enjoyed a front of the field performance and top-ten result at the FIA Karting Academy Trophy in Germany as he represented Team USA. Showing great pace and race craft in the all-spec series, the only American driver in the field held his own in the top-five throughout the heat races to end his weekend in seventh. Sitting fifth in the championship standings after one round, Gafrarar will see if he can add to his points haul and climb to the top of the charts during the next series event in August.

Gafrarar added, “Six races in eight weeks in Europe is great. It is a lot of seat time against some of the toughest karting competition in the world. While I want to win, and podium, the goal is to be the best driver possible, and I feel that I am improving every time out.”

Caleb Gafrarar will enjoy an off weekend this coming weekend before three back-to-back-to-back events. Taking on the FIA European Championships in Sarno, Italy July 8-11, Gafrarar will travel to Zuera, Spain the very next weekend for the Champions of the Future program over the July 15-18 weekend. The final event in his eight-week European adventure will see the American compete again in Zuera, Spain July 22-25 at the next round of the FIA European Championships before he returns back to the United States, but only for a short period of time.

Gafrarar continued, “It will be a quick trip back to America at the end of July to see friends and family before heading back in August again.”