CRG: Podium for Irlando and Pollini at the European Championship 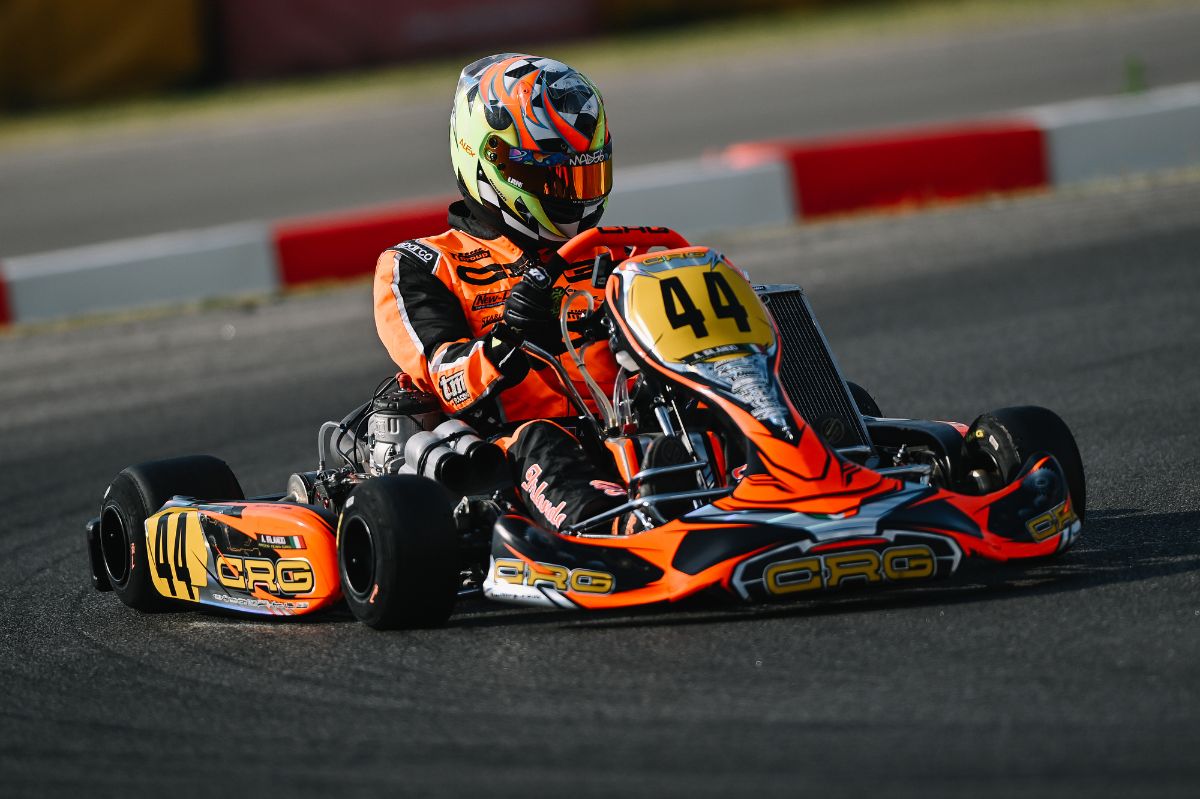 The weekend that has just ended in Germany on the Wackersdorf circuit, where the 1st Round of the FIA European Championship for the KZ and KZ2 classes took place from the 17th to the 20th of June, was very positive for the CRG colors. The CRG official team lined up 7 drivers and could not count on Jaime Alguersuari in the last minute, after he had to forfeit the race weekend due to persistent pain in his ribs, caused by a crack suffered in the pre-race tests. In KZ, therefore, the CRG drivers were Jeremy Iglesias, Alex Irlando and Paolo Ippolito, while in KZ2 the team was made by Jorge Pescador, Paavo Tonteri, Brandon Nilsson and Lorenzo Giannoni. Giacomo Pollini and Natalia Balbo completed the CRG line-up of this important continental meeting, competing with the NGM Motorsport Team’s colors.

It was a very intense 4-day-event at the track, where all the strongest teams and drivers gave their best, knowing that, in a Championship made of only 2 races, doing well in the opening one would have been mandatory, to enter the title candidates in the final appointment scheduled for August in Italy, on the Adria racetrack.

The balance for the CRG drivers was very positive, both in KZ and in KZ2. In the “top class” Jeremy Iglesias got an excellent 4th place on the starting grig after the heats, with a growing score, having conquered the 8th position in the first qualifying race and then the 5th and 3rd place. Alex Irlando was also excellent in the qualifying phases: he got 10th in qualifying and then twice in 7th place and 5th in the last heat, so that he could conquer the 5th position on the starting grid of the Final. Paolo Ippolito was more unlucky: after a problem in qualifying, he had two contacts in the heats and had to settle for 18th place. The Final confirmed the potential of the CRG drivers, with Alex Irlando in 2nd place for a long time and then good at finishing the race P3 on the podium, while Iglesias suffered from a drop in performance, on which CRG technicians are still investigating and he had to settle for P10. Paolo Ippolito, on the other hand, recovered many positions closing the race in P13.

In KZ2 Giacomo Pollini immediately appeared at his ease on the German track, even if in qualifying the fastest among the CRG drivers was Paavo Tonteri, 1st in his group and 3rd overall. Pollini obtained an excellent 2nd place on the grid of the Final thanks to three wins, a 2nd and a 3rd place in the 5 heats. Positive results also for Tonteri, who was the winner of a heat and then twice in 2nd place and twice in 3rd place, so to conquer the 4th position on the starting grid. Behind him Nilsson, who finished P14 in the qualifying heats and Pescador who ended up P24, penalized by two race contacts. Andrea Dale’s excellent 13th place in CRG colors must also be mentioned, while Giannoni did not qualify: his weekend had a bad start right from qualifying, where he was stopped by a technical problem. The same fate befell Natalia Balbo.

Also in KZ2 Final the CRG chassis confirmed its leadership with Giacomo Pollini who finished a solid race in 2nd place, Tonteri P5 and Nilsson P9, completing a particularly positive result that confirms the good expecations for the final meeting in Adria, scheduled for August 15th.

Alex Irlando (KZ): “I am very happy with this podium because it repays the team for the work we have been doing since the beginning of the season and it gives me to chance to look forward to the 2nd and decisive race in Adria with great ambitions. We have been fast for the whole weekend and all the technical choices we are making on our KZ chassis seem to go into the right direction. We still have one step to go: fighting for the victory, but we are really close to that. I have to say a big thank you for this weekend also to the TM technicians for their usual super job “.

Jeremy Iglesias (KZ): “In the first months of the year we did a good job and now we are where we set out to arrive from a technical point of view, with a versatile and fast chassis configuration. Here we used the Road Rebel chassis in the race, but in KZ2 some drivers used the 30mm chassis, demonstrating that we have reached a degree of unanimous competitiveness and extended to all the models we have developed for KZ. My race was going very well and in the last heat on Sunday morning I finished P3 with an excellent “race pace” and therefore I was very confident for the Final. But without changing anything on the chassis and on the engine, I lost speed from the first laps on and in the next few days we will investigate with the technicians to understand what may have caused this problem. In the end I still got a 10th place, which gives me some chances to fight for the title, but honestly it’s not what we deserved”.

Giacomo Pollini (KZ2 – Team NGM): “An excellent weekend where we were very close to fight for the victory. In the Final I also had a good start, but my direct opponent had a better progression and then we lacked a bit of speed to attack him. P2 is still a very positive result in a Championship with over 100 drivers at the start and now we can prepare our home race in Adria to close the gap and play our chances for the title. The chassis worked very well from the first free practice sessions and I also want to thank Gianfranco Galiffa for the support from an engine point of view”.