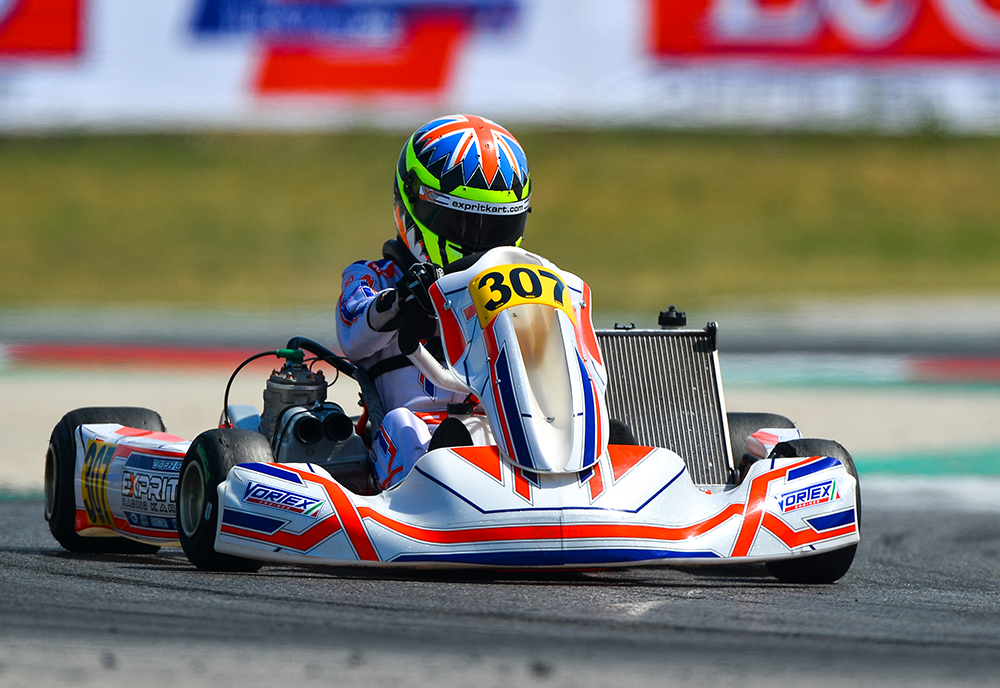 Our Racing Team takes part in the second round of the WSK Euro Series, run at the Adria Karting Raceway. The bad luck doesn’t allow to achieve the expected results in the OKJ class.

A podium in the first round in Genk and good performances in the second one in Aunay-les-Bois of the FIA Karting European Championship give Exprit Racing Team good hopes for the second round of the WSK Euro Series. At the Adria Karting Raceway, our Exprit Noesis R – equipped with the Vortex DJT engine for the OKJ class – and Exprit Rookie 2020 – with the Vortex MCX engine – meet the expectations well, but, unfortunately, do not materialize with satisfactory results.

After the two rounds of the FIA Karting European Championship, Reno Francot is at the track for the first time with our official colours in the OKJ class on the occasion of the WSK Euro Series. The Dutch driver starts strongly already in the qualifying session and obtains the 11th best timing in the overall ranking, and then continues the weekend by getting the second highest result in the qualifying heats. For Francot everything goes well also in the pre-final and, while running in a safe position to grab the access to the final, he is unfortunately forced to retire. Oscar Wurz is unable to show off his skills in the qualifying heats, but improves his ranking by 12 places in the heats. Unfortunately, like his teammate Francot, also the Austrian driver is forced to raise the white flag during the first lap of the pre-final. Nevertheless, both our drivers will have the opportunity to prove themselves in the coming events of the season.
Exprit Kart has anyway the chance to celebrate a podium in the OKJ final: Mark Kastelic, with our chassis, crosses the chequered flag in second position.

After the long break between the first and the second round of the WSK Euro Series, also Mateo Moni is back on track in the MINI class. The very young French driver, at his first season with our Racing Team, improves his performances in the qualifyings and gets close to the top 20. Only an unlucky retirement in the pre-final does not allow Moni to enter the decisive race of the weekend.

The WSK Euro Series will end in two weeks, more precisely from 24th to 27th June, with the third and last round at the International Naples Circuit. Our Exprit Racing Team will be present in the OK, OKJ and MINI classes.