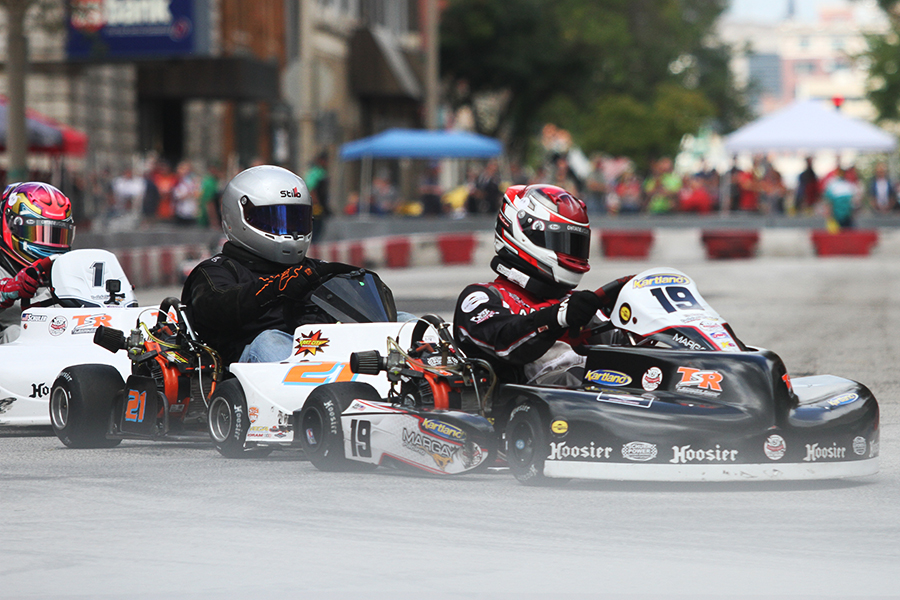 The Rock Island Grand Prix is set to return in 2021 on Labor Day weekend (Photo: EKN)

The Xtream Rock Island Grand Prix is known as the largest street race in the world, with fun and excitement on and off the track. The 2020 season saw the event in Rock Island, Illinois cancelled due to the COVID-19 pandemic that impacted many spectator events throughout the year. 2021 is a new year, and the Xtream Rock Island Prix is moving forward for a return on Labor Day weekend – September 4-5, 2021.

This year’s Xtream Rock Island Grand Prix is the 26th edition, held over the past 28 years. For all 26 former RIGP events, a dedicated group of volunteers have provide hours upon hours to tackle all the ‘behind the scenes’ task to make this two-day festival build up and tear down within the four days each Labor Day weekend. While the 2020 edition did not hit the streets of Rock Island, Illinois, the RIGP committee confirmed last year a new partnership with the National Karting Alliance to help produce the street race.

“We are excited and working diligently to implement our new partnership with Joe Janowski and his team at National Karting Alliance, in an effort to improve the on-track experience for racers and take some of the load off our organization so it can focus more on the overall weekend experience and benefits to downtown businesses,” stated Roger Ruthhart of the Rock Island Grand Prix. “Race director Terry Riggins and most of his crew will return, but there will be some operational changes. With the new partnership comes new branding, new social media efforts, a new website, new promotional partners and use of apps for key functions – all of which will be announced soon.”

“The Rock Island Grand Prix has been part of the NKA family for decades, and we couldn’t be more excited to play a larger role in the production of the 26th running of this great event,” commented Joe Janowski of National Karting Alliance. “Our aim is to bring things we have learned in over 36 years of event production in various disciplines to the event while still maintaining the things that have made RIGP the greatest street karting race in the world.” 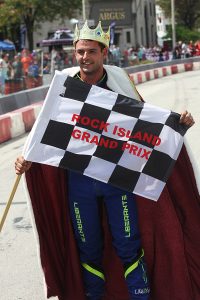 King of the Streets will return along with the new King of the Rock races for Briggs 206 and 100cc (Photo: EKN)

This year’s Xtream Rock Island Grand Prix class roster will feature many of the same categories it has offered in recent years, providing some exciting racing around the streets of Rock Island. The biggest change will be a focus on three money categories, including the historic King of the Streets for shifterkart. Added to that will be the new King of the Rock 206 and King of the Rock 100cc.

“After two years away from the race track, this will be one of the more difficult races to pull together for a number of reasons,” added Ruthhart. “We have to work hard to bring back sponsors, volunteers, officials and of course the racers and spectators. The city of Rock Island and its downtown organization are rallying forces to help businesses that have struggled through the pandemic. We want to be a part of that aid and can help set an example. They need everyone’s support now more than ever. When we walked away from the race weekend in 2019, it was with the conviction that we needed to improve the culture and atmosphere of the event and thus the experience that racers and spectators have when they come to Rock Island.”

Among the changes include a new track announcing team for both the downtown PA experience and the eKartingNews.com Trackside Live stream, including a mixture of music played around the course and paddock. Nighttime entertainment was a staple of the event in year’s past and is an area of improvement for 2021 and beyond, including working with the Skellington Manor’s Escape Rooms. The local Tesla Club will help to expand the car show that takes place around the street course. A cornhole tournament for race teams on Friday afternoon as well as Saturday and Sunday tournaments for adults and kids will take place this Labor Day weekend. The VIP Hospitality Center is another focus of improvement, with the Rock Island Grand Prix signing a multi-year agreement with Miller/Coors to help improve and expand the experience. Groups like the Quad City Storm professional hockey team and the Quad City Clown Club will also add to the atmosphere of the event, along with other changes and additions that are still being finalized.

“Put all of this together and you can see we’ve had a busy year already with a busier summer ahead,” continued Ruthhart. “Our goal has been to retain all of the things that racers have loved for years about the Xtream Rock Island Grand Prix while adding new features to raise it to an even higher, more professional, more fun and entertaining level.”