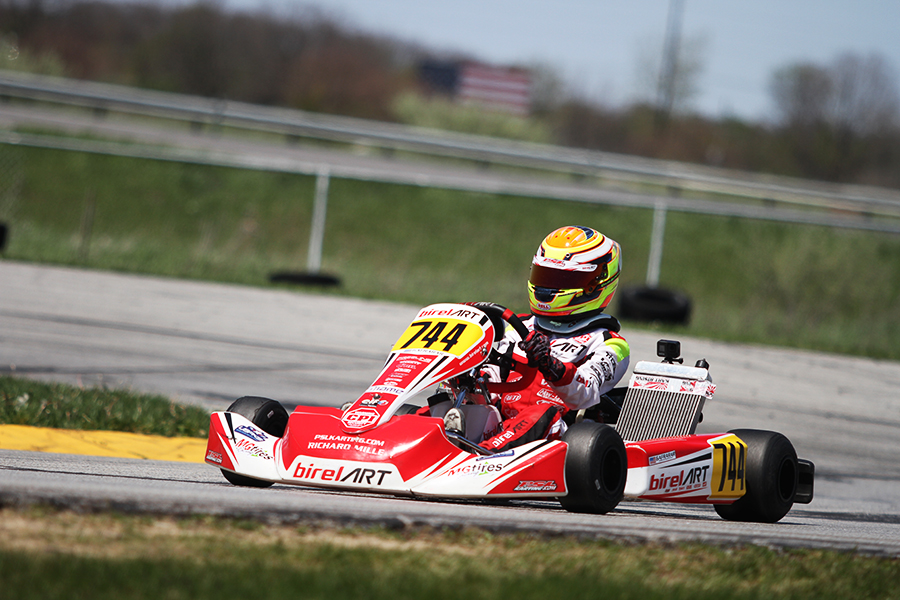 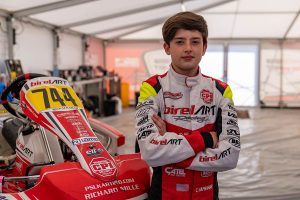 The 2021 edition of the FIA Karting Academy Trophy is set to begin on June 17 at the Pro Kart Raceland facility in Wackersdorf, Germany. This will mark the 11th season for the program, which was created in 2010 with the concept of bringing together 12-14 year-old drivers from all over the world to compete against one another on the global stage, utilizing the same equipment to provide a training ground for drivers to pursue a career in karting or in motorsport. Previous champions include current Formula One driver Charles Leclerc (2011), 2020 FIA World Karting Champion Callum Bradshaw (2016), and the first USA driver to earn the championship – Connor Zilisch – in 2020.

The driver that will represent the United States of America for 2021 will be Caleb Gafrarar. The North Carolina native turns 13 in just a few days, beginning his career behind the wheel in Kid Karts back in 2014. Gafrarar has wins in WKA, IKF, USPKS, ROK Cup USA, and SKUSA competition over the past seven seasons. In 2019, Caleb joined PSL Karting / Birel ART North America as a team driver in the Mini categories. The 2020 season began with a championship at the Florida Winter Tour, along with wins in Mexico, before ending the year in Europe placing 11th at the ROK Cup Superfinal in Mini ROK.

For 2021, Gafrarar has graduated to the Junior level, beginning his third season with PSL and now, as an official team driver for Charles Leclerc by Lennox Racing in Europe. Caleb has competed in three of the four rounds for the WSK Super Master series. While not qualifying for a main event at any of the three events, Gafrarar took in a vast amount of experience and knowledge in his transition from Cadet to Junior. 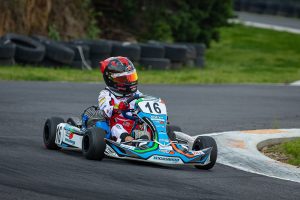 Gafrarar raced in the USA, Mexico and Europe in 2020 (Photo: CalebGracer.com)

Caleb’s time in Europe helped him shine in his return to the USA, making his first start of the 2021 season for the United States Pro Kart Series. Gafrarar was able to secure a career first victory in the X30 Junior category at the Heartland Grand Prix event at the New Castle Motorsports Park. Caleb competed at the SKUSA Pro Tour SpringNationals in Utah at the end of May, with a best finish of fourth in Saturday’s main event.

Now, the focus has turned to his campaign in Europe and the FIA Karting Academy Trophy. The series begins next weekend in Germany with the opening round and Gafrarar is set to carry the Red, White and Blue.

“The focus for 2021 was to compete internationally and especially in Europe,” stated Gafrarar to EKN. “With the support from PSL Karting and Lennox Racing Team, I’ve had that opportunity since the start of the year. I knew about the Academy after watching Connor Zilisch compete last year.  Then, we heard that resumes were being accepted earlier this year for the Academy, so we submitted. Being new to the Junior division, I didn’t know if I would actually get selected.  Now that I have been selected for this opportunity, adding the Academy races to the slate of events I’m competing in will only continue my growth and competitiveness in Europe and the USA.  Not only am I racing for the USA on-track, I will also be representing the USA off the track.”

Gafrarar and 2020 FIA Karting Academy Trophy champion Connor Zilisch both call the GoPro Motorplex in Mooresville, North Carolina home. The two have known each other since their beginning years in the sport, and Zilisch has confidence in Gafrarar heading into the 2021 program. 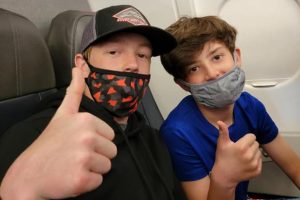 “I’m super excited to see how Caleb Gafrarar does in the FIA Karting Academy Trophy following my championship title,” stated Zilisch. “He is a very accomplished racer, who I have known for over five years. I think that he will be able to run up front and hopefully defend the title for the USA!”

Gafrarar was selected from a few drivers who submitted applications to compete at the FIA Karting Academy Trophy. USAC is a member club of ACCUS (Automobile Competition Committee for the United States), which is the National Sporting Authority (ASN) of the FIA for the United States. With their position with ACCUS, USAC is the representative club for karting in regard to the FIA.

“We are very pleased to have Caleb Gafrarar representing the USA in the FIA Karting Academy,” added USA FIA / CIK Representative Keith Freber. “With six years of national level karting experience and three years of international karting experience, Caleb qualifies as a true karting veteran at a young age. Caleb has shown an ability to consistently run up front in whatever class he competes in, and we feel that he has the approach required to have success at higher levels of motorsport. His participation in the FIA Karting Academy will allow him to further sharpen his skills on an international stage. The pressure will be on, and we expect him to perform and represent U.S. Karting well.”

The second round of the FIA Karting Academy Trophy is at the Adria Karting Raceway in Adria, Italy on August 12-15. Gafrarar has competed and tested at the Adria facility multiple times, and is there this weekend in his first event during this European trip, racing in the OK Junior category for the second stop of the WSK Euro Series program.

“I have been testing OKJ in the USA and we use OKJ in all of the European races I’ve competed in this year,” added Gafrarar. “I really love the power and the drive. The engine I will run in the Academy is the ROK version. 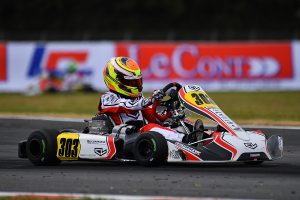 Gafrarar will be racing this weekend at Adria, Italy for the WSK Euro Series program (Photo: CalebGracer.com)

All competitors in the FIA Karting Academy Trophy will compete on identical chassis, engine and tire. Each driver is set to pilot an OTK Exprit chassis with Vortex power and the familiar MG ‘SH’ (Red) tire.

“I have only ever driven a Parolin and Birel ART chassis in my career. I don’t think I will have an issue racing on a different chassis. Regardless, we are all on the same equipment for the event. I think the benefit I have is racing on the MG Tires. They mostly use Vega tires in Europe and they are softer.  The MG tires are harder and last longer and I have raced MG tires a lot over the past few years.”

After Germany and Italy, the series is set to conclude on September 2-5 at the Asum Ring facility in Kristanstad, Sweden.

Following the opening Academy Trophy weekend in Germany, Gafrarar will return to Italy to race the third round of the WSK Euro Series program at the International Circuit Napoli in Sarno on June 23-27. Following those three weekends in Europe, Caleb is set to return to the United States, and compete at the IAME USA Grand National Championship at his home track of GoPro Motorplex. His season will conclude with the ROK Vegas in November and the SKUSA SuperNationals 24 in December.

EKN will have updates and reports from all three of his FIA Karting Academy Trophy events during the 2021 season.