Tony Kart’s French European Round at the End 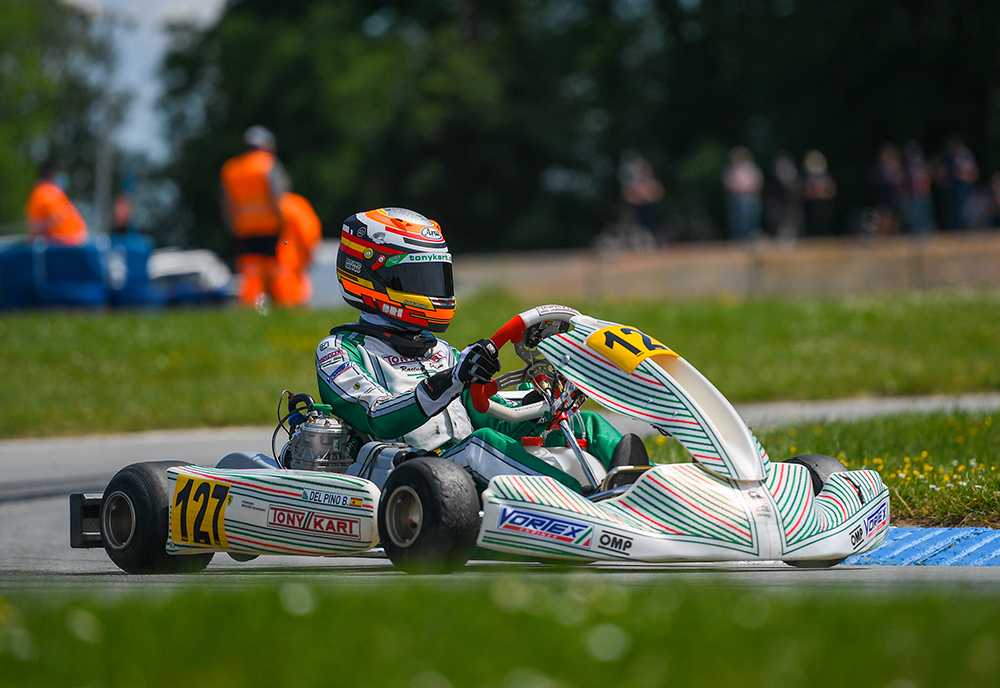 On the track of Aunay-les-Bois, our Racing Team takes part in the second round of the FIA Karting European Championship 2021. Our drivers of the OK and OKJ classes have the right pace to obtain important results, but they are not able to succeed in the final despite the good performance shown throughout the weekend.

There is no lack of performance in the second round of the FIA Karting European Championship for our Racing Team. At the Ouest Karting of Aunay-les-Bois circuit, in France, our sports division shows to have the necessary pace to take the top positions of the ranking. As usual, the protagonist is our Tony Kart Racer 401R chassis, engaged in the OK class with the Vortex DST engine and in the OKJ with the Vortex DJT engine.

In OK category, the Racing Team is at the starting line of Sunday’s final with all its drivers. Joseph Turney is one of the contenders for the top positions: a third place, a fourth and a second in the qualifying heats are void due to a collision in heat 3 which forces him to finish 12th. This result penalizes the English driver on the starting grid of the final. And it’s just the start from the middle of the group that makes Joseph’s dreams of glory vanish and he is, unfortunately, the target of bad luck: an initial collision and a 5-second penalty for the front fairing in the wrong position compromise his chances to get a position equal to his fourth best lap in the race (46.692) a few hundredths from the third best lap of the final signed by our Tuukka Taponen. The Finnish rookie, after an unhappy qualifying session, immediately starts gain positions which value 11 positions in the ranking. He too, however, runs into a very eventful final that do not allow him to express himself at his best, given the performance of his lap times. So, it is the young Bruno Del Pino the best of our drivers in the final. The Spaniard achieves a top 15 with a recovery of not less than 8 positions compared to the starting position and also signs a fast lap in the qualifying heats, confirming his growth during these last appointments.

In OKJ class, James Egozi goes wild in the final of the “Junior” category. The American driver starts from the 17th place, but immediately shows what he is made of with a continuous series of overtaking and constantly running on the same timings of the first drivers. Egozi sets the second-best timing of the race and finishes sixth, just a few seconds behind the winner and eleven positions gained than the starting grid. Alexander Gubenko is among the best climbers in the general ranking between the qualifying and the eliminatory heats. The Russian driver, thanks to good results in the four races preceding the final and a fast lap, climbs 26 positions and finishes the Sunday final race almost close to the top 15. Harley Keeble and Jan Przyrowski, on the other hand, are quite unlucky: the British driver takes the pass to the final after recovering 23 positions at the end of the qualifying heats but retires from the final; the Polish driver is involved in an accident in the first bends thus ending his race prematurely. A pity for both, considering the performances and the pace they showed during the three days of races.

In two weeks, the Tony Kart Racing Team will be back in Italy again for attending the WSK Euro Series. In fact, from June 10th to 13th the second round of the season is still scheduled at the Adria Karting Raceway for KZ2, OK, OKJ and MINI categories.