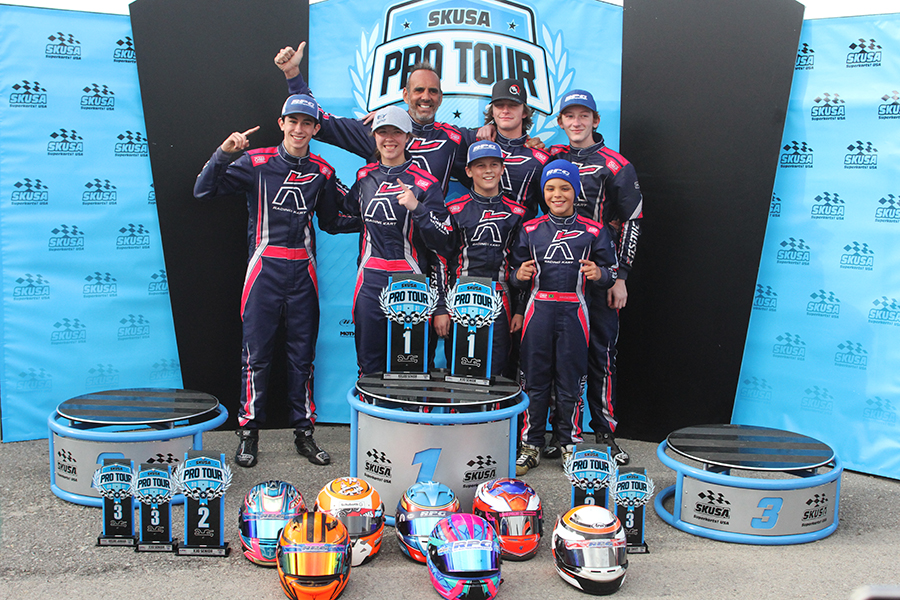 The Rolison Performance Group put in a phenomenal weekend of racing at the Superkarts! USA Pro Tour SpringNationals. The 11th running of the event was held at the Utah Motorsports Campus in Grantsville, Utah, with RPG hosting 19 drivers competing in six categories on the May 21-23 weekend. All drivers competing on the OTK manufactured Kosmic racing kart established a great baseline in testing the weekend prior, helping the team to take home some serious hardware. A sweep in the win column for both X30 Senior and KA100 Senior including three first-time SKUSA Pro Tour winners while also racking up a total of 12 podium finishes over the two rounds of racing.

Four-time SKUSA Pro Tour champion Ryan Norberg climbed on the top step of the podium for the first time since 2019. Norberg put in a championship-like performance on Saturday, winning both the Prefinal and Final. Sweeping the X30 Senior wins for RPG was Hannah Greenemeier. The Colorado driver was in the hunt all weekend long, placing fifth in Saturday’s main event. She was able to fend off the competition in Sunday’s main event, becoming the first female driver to win at the SKUSA Pro Tour in the 12-year history of the series. Behind both winners was Branyon Tiner, who put in his most complete weekend of his X30 Senior career with a runner-up to both Norberg and Greenemeier. His two finishes with the results from the WinterNationals have Tiner in the championship lead heading to the series finale at New Castle. Nate Cicero bounced back from a DNF on Saturday to record his first SKUSA Pro Tour podium finish in the class, giving RPG a sweep of the podium on Sunday. Edward Portz rejoined RPG in Utah for his SKUSA Pro Tour race of 2021, earning a best finish of seventh and nearly missing on the top-10 Sunday in 11th. 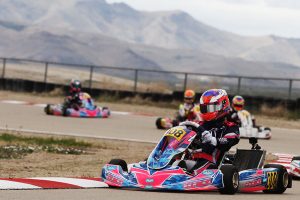 RPG is about driver development, with the hard work and effort put in by Caleb Shrader and Nolan Allison paying off. Each driver was able to pick up their first SKUSA Pro Tour victory in the KA100 Senior division. Shrader was able to close up on the lead duo toward the end of the Saturday main event, and in a last lap skirmish, cross the line second. The provisional winner was handed a penalty, thus promoting Shrader to the top of the podium. Sunday saw another RPG driver at the front of the field, this time Michigan’s Nolan Allison. After placing third in the Prefinal, Allison was at the point for much of the main event, leading the last few circuits to claim his first SKUSA Pro Tour victory. Both finished top-10 in their other finishes with Allison sixth on Saturday and Shrader ninth in Sunday’s Final. Gia Cicero added to the top-10 total with a ninth-place finish on Saturday. Charlie Murphy and Grace Hemmerde completed the RPG roster for the category, recording a best finish of 23rd and 33rd respectively.

“This weekend was a great way to exhibit just how well our driver development program produces,” stated Mike Rolison of Rolison Performance Group. “Three of our drivers earned their first SKUSA Pro Tour victory, who we have worked with nearly from the ground up. Their focus and determination came through with success and I can’t be happier for Hannah, Caleb and Nolan.” 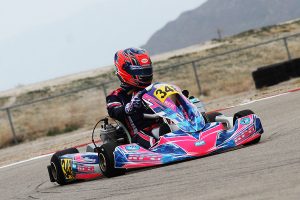 The driver development for RPG begins at the younger levels, including Junior and Cadet. Graham Trammell and Chase Hand contested both the X30 Junior and KA100 Junior divisions on the weekend. Hand had his best results in only his second start in the X30 Junior class. Saturday saw Hand drive to a third position for his first podium result in the category, backing it up with a fifth-place finish on Sunday. Trammell, making his X30 debut, showed pace all weekend with a best result of 12th on Saturday. Trammell left the weekend with the best result in the KA100 Junior division. Finishing seventh on Saturday, Trammell was able to take advantage of a wild main event race on Sunday to claim the third position, earning his first SKUSA Pro Tour podium in the class. Hand was just short of the podium on Saturday, placing fourth while backing it up with a sixth-place finish after driving from the back following contact in the opening corner. Taila Akigami joined them in KA100 Junior, unable to be finish either of the main events.

Augustus Toniolo added to the podium total on the weekend in the Micro Swift division. Fresh off a sweep of the USPKS weekend in Indiana, Toniolo was among the top contenders all weekend in Utah. Toniolo led a majority of the Final until a last lap battle for the win slowed his pace. It dropped him from first to fourth by the checkered flag. Augustus fought back on Sunday, driving to a solid third-place finish to help position himself in the title chase. Jackson Gibson had a strong performance in his SKUSA Pro Tour debut, earning an 11th place finish on Saturday before improving to seventh on Sunday. 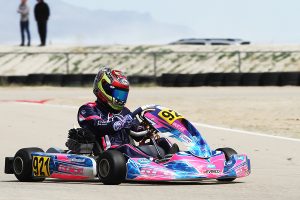 From young to not as young, the drivers for RPG in X30 Master continue to fight for victories and podiums in 2021. Veteran driver Billy Cleavelin returned under the tent for the first time in 2021, recording a third on Saturday and finishing fourth on Sunday. Mario Barrios from Peru continued his run at the SKUSA Pro Tour championship, placing fourth on Saturday and missing out on his first victory at SKUSA since 2016 with a runner-up finish. A string of four top-four results keeps Barrios in the hunt for the class championship heading to the series finale in August.

“It is exciting to have so many of our drivers in the hunt, chasing podiums and victories each weekend,” added Rolison. “We have a solid chance at three championships for 2021 at the SKUSA Pro Tour, along with adding more wins and top-five finishes at the series finale later this year. I’d like to thank the drivers, their families, all the staff and mechanics that made this event so fun and successful, along with all the dedication they put into on and off the track.”

The Rolison Performance Group hauler returns home to the Pacific Northwest for the upcoming weeks as the operation will host driver training sessions at the Pat’s Acres Racing Complex in Canby, Oregon. RPG will return for the Superkarts! USA Pro Tour series finale, set for August 13-15 at the New Castle Motorsports Park in New Castle, Indiana for the 11th running of the SKUSA SummerNationals. 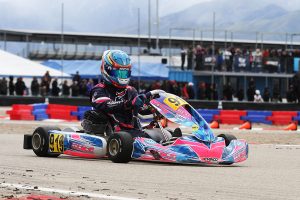