CRG: Second Round of FIA Karting Euro OK & OKJ is Over 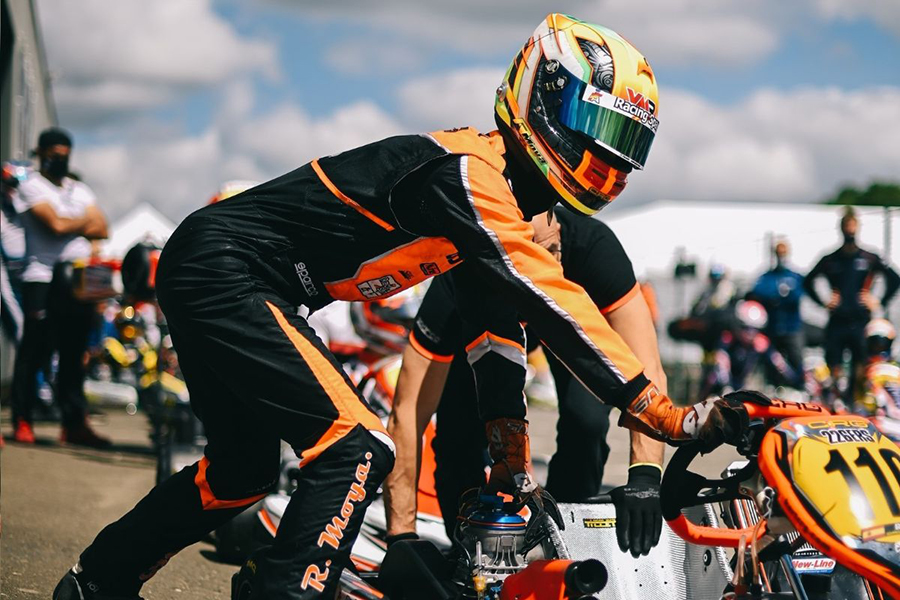 The CRG Racing Team weekend in Essay in France, where the 2nd Round of the FIA European Championship of the OK & OKJ classes took place from the 27th to the 30th May, was once again made of a series of lights and shadows. The performances of the CRG drivers were characterized by ups and downs, due to some difficulties in finding a correct set-up balance with the MG tires used in this Championship. The Junior drivers in particular expressed themselves below their potential, lacking the qualification among the finalists.

The balance was a bit better in OK, where Rasmus Joutsimies got the 4th place in his group and the 15th in the general classification in qualifying, but his weekend was compromised by a race contact in the 1st heat and a retirement due to a technical problem in the last one on Sunday, so the Finn missed the Final by just 2 points. He paid the price for these episodes because he had the potential to be able to make a great race, as Rasmus demonstrated with his times in free practice and heats. The Spaniard Moya, on the other hand, managed to make it to the Final and after some problems in the heats, during the race he recovered from 26th place on the grid to P14 in the points.

The French track certainly did not prove to be favorable to the CRG drivers and everyone in the team has a strong desire to close this trip and look forward to the next appointment, scheduled in Italy at the Sarno track in July. The team that manages the OK and OKJ “direct drive” classes will be back on track shortly for a test program, trying to use this central part of the season to define some technical innovations, which will certainly be introduced from September on, both in view of the World Championship, as well as on the 2022 Racing chassis.

Here’s some of the drivers’ comments:

Rasmus Joutsimies (OK): “During free practice and qualifying we have shown a good speed, which would have allowed us to fight in the top ten without any problems. But the mistake I made in the 1st heat compromised everything and then it all became more difficult because to recover positions on the Final grid, I always drove over the limit. Then in the last heat the chain broke and my weekend ended there. But if we analyze the data on this track, our potential has also been confirmed as a top ten and all the updates introduced after the first races of the season continue to give us an excellent feedback. Now we are working to close the gap we have from the leaders with MG tires and I believe that soon we will be able to take the last step in this direction”.

Rubén Moya (OK): “Personally on this track I struggled more than in Belgium to find a good set-up balance, but also to make my driving effective. On the one hand, I am happy to have made it to the Final, despite a few many problems in the heats but I am also satisfied with our “race pace” in the first 10 laps, then the more the tires behind the performance dropped, the more difficult it was for me to be constant. If I had started a bit further up the grip, I would have finished in the top ten but considering how the weekend was going, 14th place is always a positive result in the end. But our goal is to fight with the leaders and we have to close the gap with them within the last championship race in Zuera, and then aiming for a good World Championship after the summer”.