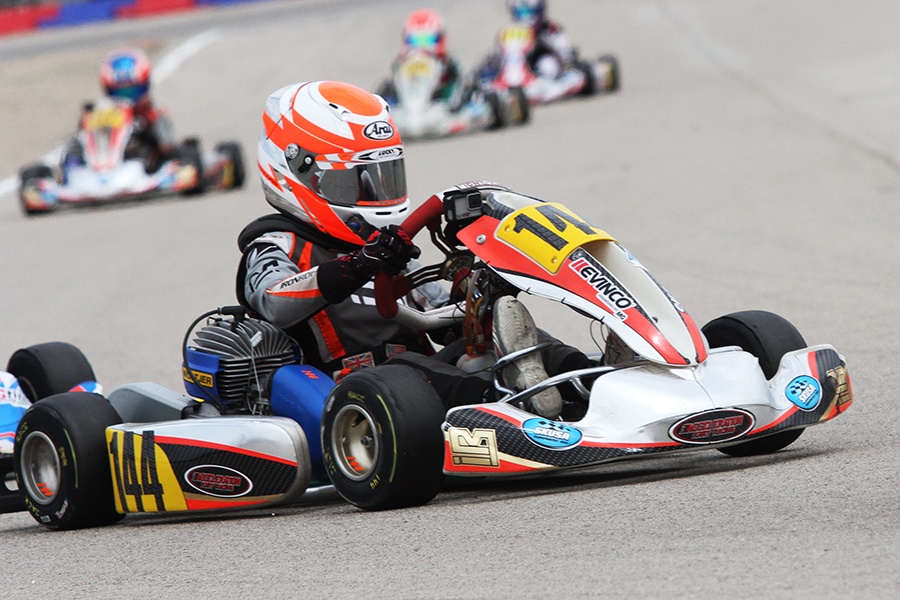 Several OTK USA race teams and kart shops were among those racing for victories and podium positions at the recent Superkarts! USA Pro Tour SpringNationals held on May 21-23 at the Utah Motorsports Campus. Over 200 entries competed in the nine categories on the weekend in Grantsville, Utah, just west of downtown Salt Lake City. OTK brands were represented in eight of the classes, reaching top-five results in all over the two rounds of competition, including nine wins, 28 podium finishes with 46 drivers inside the top-five in their respective divisions.

It was an OTK sweep of the victories in X30 Senior, KA100 Senior, and KA100 Junior. Four-time SKUSA Pro Tour champion Ryan Norberg (Rolison Peformance Group / Kosmic) earned his first victory at the series since 2019, dominating the Saturday round. Teammate Branyon Tiner drove to second with Thomas Annunziata (Mike Doty Racing / Tony Kart) and Hannah Greenemeier (Rolison Performance Group / Kosmic) completing the top-five. Sunday’s race was an OTK sweep of the top-five, led by Greenemeier. The Colorado driver would become the first female driver to win on the SKUSA Pro Tour in its 12-year history. Teammates Tiner and Nathaniel Cicero joined her on the podium with Connor Zilisch (Team Nitro Kart / Redspeed) and Oliver Clavo (Leading Edge Motorsports / Exprit) in fourth and fifth. 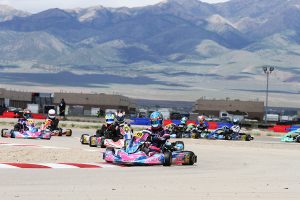 Nolan Allison led the KA100 Senior field to the checkered flag in Round Four (Photo: eKartingNews.com) 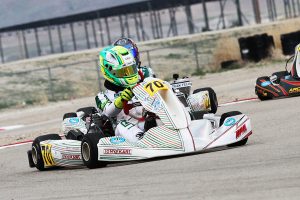 Carson Morgan doubled up on the weekend, winning a main event in KA100 Junior and X30 Junior in Utah (Photo: eKartingNews.com)

Morgan was able to leave Utah with two wins, earning a victory in the X30 Junior class. Carson won the Sunday main event with Jeremy Fletcher (Team Felon / Tony Kart) in the runner-up position. Chase Hand was the only other OTK driver in the top-five, placing fifth. Both Hand and Morgan were in the top-five on Saturday, placing third and fifth, as Noah Baker (Supertune / Tony Kart) led the way for OTK with a runner-up performance.

Another former SKUSA Pro Tour champion got a victory on the weekend as 2019 X30 Master champion Matt Johnson (Nash Motorsportz / EOS) was able to win in his return to SKUSA competition. Johnson made his first start since 2019 in Utah, placing second on Saturday as the highest finishing OTK driver. He backed that up with a complete sweep of the Sunday round to grab the victory. Rolison Performance Group / Kosmic teammates Billy Cleavelin and Mario Barrios each earned a podium finish on the weekend. Cleavelin was runner-up on Saturday before placing fourth on Sunday. Barrios was fourth in Round Three and improved up to second for Round Four. Glauber Granero (Orsolon Racing / Tony Kart) put four OTK drivers in the top-five on Sunday with a fifth-place performance.

The Iliffe family accounted for one win, two podiums and four top-five finishes over the two days in the Mini Swift category. The Iron Rock Motorsports / Tony Kart drivers were among the front runners all weekend. Jack Iliffe showed it on Saturday, as he was able to edge out the competition at the checkered flag to gain his first SKUSA Pro Tour victory in the category. On Sunday, Jack backed it up with a second-place finish to keep himself in the title chase. Brother Oscar went on to finish fourth in both main events. Diego Ardiles (Supertune / Tony Kart) grabbed his second podium finish of the season, placing third on Saturday. 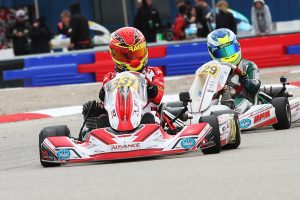 Augustus Toniolo (Rolison Performance Group / Kosmic) was the lone driver in Micro Swift to finish within the top-five. The Brazilian driver was fourth in Saturday’s main event and improved to the podium in third on Sunday. Robert Fiege (Harden Motorsports Group / Exprit) was the only OTK driver in Master Shifter, placing fifth in Round Four.

The Superkarts! USA Pro Tour resumes on August 13-15 with the 11th running of the SKUSA SummerNationals at the New Castle Motorsports Park in New Castle, Indiana.