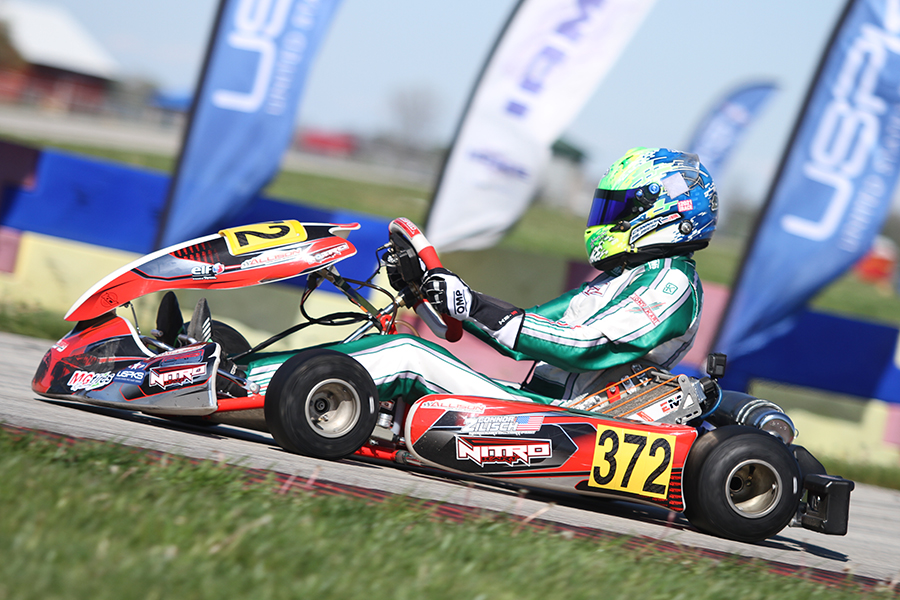 A phenomenal weekend of racing took place for the second stop of the 2021 United States Pro Kart Series program with several OTK USA competitors and teams in contention all weekend at the New Castle Motorsports Park. Rounds Three and Four of this year’s championship series were contested at the New Castle, Indiana facility, completing the Heartland Grand Prix weekend. A large majority of the 270 entries in the seven categories competing were on OTK product, securing a total of 43 top-five results, 29 podium finishes and 10 victories.

OTK chassis brands doubled up in four of the categories on the weekend. Ryan Norberg (Rolison Performance Group / Kosmic) and Connor Zilisch (Team Nitro Kart / Redspeed) took the top step of the podium each day in the X30 Pro headline division. Norberg held off Hannah Greenemeier (Rolison Performance Group / Kosmic) and Zilisch on Saturday while on Sunday, it was Zilisch with the victory over Norberg and Greenemeier. Pauly Massimino (Mike Doty Racing / Kosmic) recorded a fourth-place finish in both main events. Norberg took home the weekend prize of $5,000 with Zilisch a $2,500 payday and $1,250 to Greenemeier with OTK sweeping the money podium. 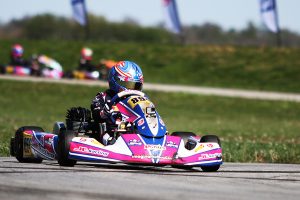 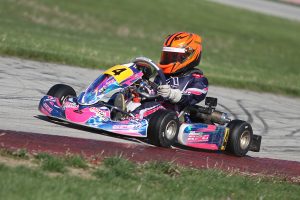 Rolison Performance Group driver Augustus Toniolo dominated the weekend in the Micro Swift with a complete sweep of the two rounds (Photo: eKartingNews.com)

Augustus Toniolo (Rolison Performance Group / Kosmic) put in a dominant performance on the weekend, securing a weekend sweep of the Micro Swift division. Toniolo never relinquished the top spot through the qualifying, Prefinal and Final sessions on both Saturday and Sunday. The two main event victories were his first in the series, establishing him as the championship leader at the halfway point.

Another driver earned his first USPKS victory on OTK product on the weekend – Ayden Ingratta. A wild last lap saw Ingratta go from seventh to third in the final corner, with penalties moving him up to the top step of the podium. Speed Concepts Racing / Redspeed teammate Jack Jeffers ended up third with Jeremy Fletcher (Felon / Tony Kart) in fourth. Hard charger of the main event on Sunday went to Rowan Gill (Mike Doty Racing / Kosmic), who advanced 17 spots from 20th to third, finishing as the highest OTK driver. Jeffers fought back to fourth after falling back early while Christian Miles (Mike Doty Racing / Kosmic) competed the top-five. 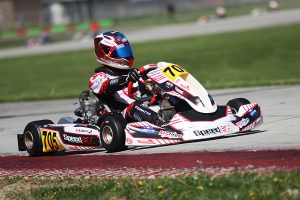 Completing the winning drivers on the weekend is Connor Zilisch (Team Nitro Kart / Tony Kart) in the KA100 Senior category. Zilisch was able to out-run the 60-driver field in Saturday’s main event for a second win on the season. Hayden Jones (Team Nitro Kart / Redspeed) joined him on the podium in third with Nolan Allison (Rolison Performance Group / Kosmic) completing the top-five. Three drivers drove to top-five results on Sunday with Zilisch placing runner-up in the main event. Thomas Annunziata (Mike Doty Racing / Tony Kart) grabbed his first podium of the season in third with Allison improving to fourth.

Rounding out the success of OTK at New Castle for the USPKS event is two drivers in the Mini Swift class. Oliver Wheldon (JC Karting / Kosmic) was in contention all weekend long, placing runner-up on Saturday and followed it up with a fifth place on Sunday. Jack Iliffe (Iron Rock Motorsports / Tony Kart) – the 2020 USPKS Micro Swift champion – earned his first podium in his rookie Mini season, ending up third in Round Four at New Castle. 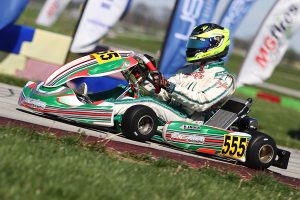 The United States Pro Kart Series begins the second half of the 2021 program with a trip north to the CTECH Manufacturing Motorplex at Road America in Elkhart Lake, Wisconsin on July 9-11.