An Intense Working Weekend for CRG in Genk 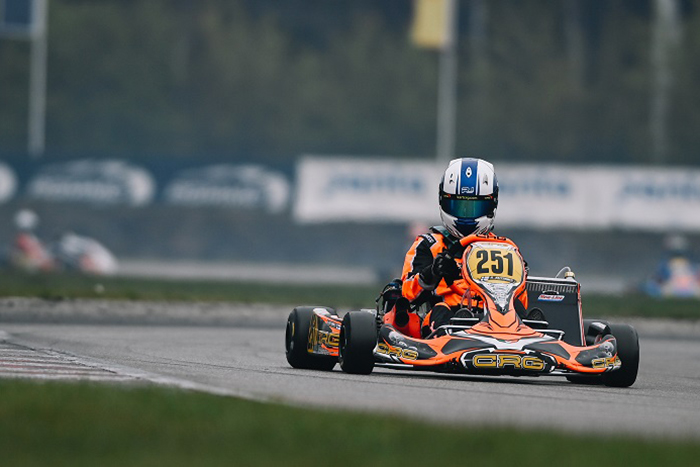 The 1st round of the Champions of the Future, the race organized by the promoter RGMMC on the Genk track (Belgium) is over. This event is made to allow all teams and drivers to get ready for the 1st round of the European Championship of the OK and OKJ classes, which will take place right over there from 13th to 16th May. All the teams carried out an intense working program, especially in order to discover MG tires for the first time, after the FIA made their use official in all European Championship and World Championship races.

The CRG Racing Team lined up 6 drivers: 4 in the OK class (Rogeon, Joutsimies, Moya and Phoenix) and 2 in the OKJ (Bianco and Ferrer). The work done for the race scheduled here in 15 days, thanks to all the data collected, was useful, even if from a sporting point of view the performance was in many cases penalized by the need to carry out some tests. Furthermore, qualifying were not very positive, having focused more on the race. Starting from the middle of the group in the qualifying heats, too many contacts also affected the result of almost all the CRG drivers. Rubén Moya in particular was very unlucky in OK: he lost 2 out of 3 heats, after showing excellent potential in free practice. Rogeon suffered the same fate: he lost one heat due to a race contact and the other due to the failure of the drive chain, as well as both OKJ drivers Ferrer and Bianco, who also got a penalty for a race contact. In the end, the best of the CRG drivers was Rasmus Joutsimies, P12 in the Final, after being in the top ten for a long time.

Here some of the drivers’ comments on the race weekend:

Rasmus Joutsimies (OK): “After a good start in the Final, I had a great pace and I was around P7, easily in the top 10, but towards the middle of the race the balance was no longer optimal and I lost some positions. I’m still happy because I managed to finish all the heats and we have tested a lot for the European Championship ”.

Rubén Moya (OK): “This weekend I had a great feeling with the chassis from the first free practice sessions and I’m sure we can make a good race here in 15 days. Unfortunately I was involved in 2 contacts in the heats and in the race of repêchage I was immediately out during the first lap, while it was really important to do more km in the race to work on the pace, considering that we do not know the MG tires and we have used them here for the first time. But again, the feeling with our package chassis – engine was positive and we have a good technical starting base for the race that will take place here in two weeks ”.

Simone Bianco (OKJ): “I had never raced on the Genk track before and on the first day I concentrated a lot on the lines and the driving. On Friday, before qualifying, we had found an excellent balance and I set the 2nd time in the free practice, but I wasn’t able to have the same speed in the most important session and starting a little back on the grid made it all more complicated. I will have to work a lot on qualifying because they are a key moment at this level of racing. In any case, I like the track and I will we can improve a lot in a short while”.