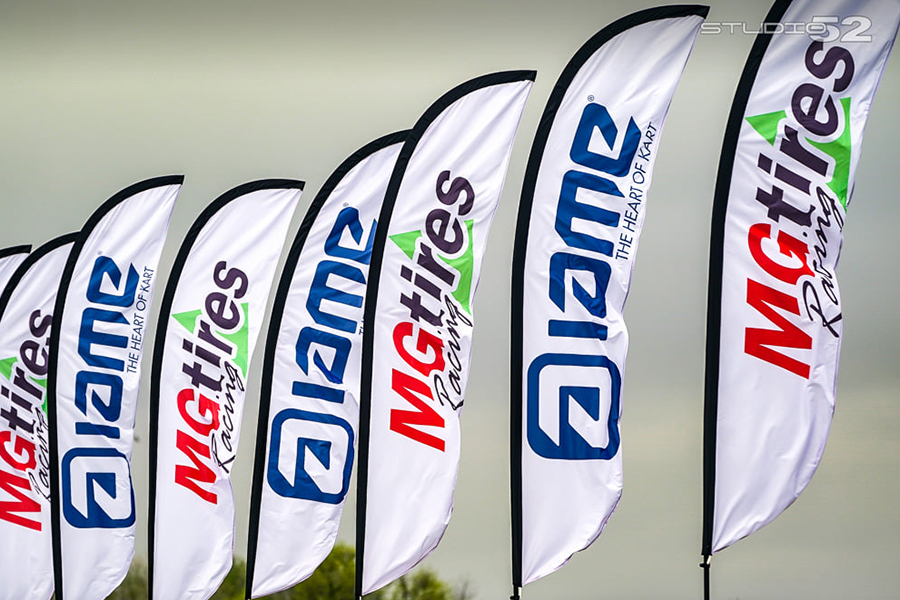 EKN’s Paddock Insider is part of our Trackside coverage, bringing you notes, updates and breaking news as it happens. The article will feature notes from trackside at the 2021 United States Pro Kart Series Heartland Grand Prix from the New Castle Motorsports Park facility during the April 30-May 2 weekend. EKN Managing Editor David Cole is trackside in New Castle, Indiana to provide insider info will not be seen anywhere else. Please feel free to comment and discuss our coverage and today’s action in the EKN Global Members Discussion area below. 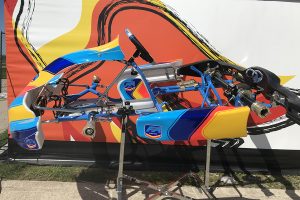 Fernando Alonso Kart back in USA under the Kart Republic banner (Photo: EKN)

New drivers have showed up to the USPKS Heartland Grand Prix with new hardware, many with under the Kart Republic banner. Trinity Karting Group has a number of their X30 and KA100 drivers on the Kart Republic chassis, with the Ohio-based race team and shop adding the line to their inventory. Also new to the track is the rebirth of the Fernando Alonso Kart. The brand named after the Formula One champion moved to be manufactured by the Kart Republic factory last year. Now with product in production, KartSport North America has brought the brand to the USA working with MilRok Motorsports along with Fox + Son Karting for the exclusive rights through the 2021 season of the Fernando Alonso Kart. Arias Deukmedjian is carrying the colors in both X30 and KA100 with the KR chassis underneath, while Aidan Fox and Stephen Dial on the actual blue chassis. 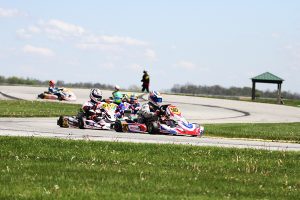 New layout for the first time in nine years for the USPKS at New Castle (Photo: EKN)

The series is nine for nine in visiting the New Castle Motorsports Park facility, year after year traveling to New Castle, Indiana. It’s served as the opener, a middle event and the finale. This year it’s the second stop of the four-event program and for the first time, it’s a different layout. The ‘National’ layout was used for the first eight years, but in 2021, the ‘Backwards 1’ circuit is the layout for the Heartland Grand Prix. It is the national circuit in the clockwise direction, including the Monza section. The Route 66 Sprint Series utilized the layout for their opener two weeks ago, with the KRA program here at the track running the same circuit, allowing racers to get plenty of track time heading into the weekend. We will have an on-board video later today on the EKN YouTube channel to give you a view of the layout.

Weather has and could be an issue all weekend with rain hitting the area all week, including early part of Thursday’s unofficial practice. Today, it’s the wind that is causing issues, already ripping up e-z ups and providing a challenge for setup on the track. 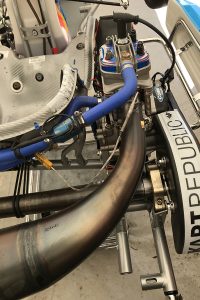 The USPKS Heartland Grand Prix is among the first major events in the United States to require the full-length one-piece pipe/header package for the X30 engine package. It is the same exhaust used around the world and was supposed to be implemented at the start of the season until COVID-19 delayed the process. The exhaust is mandatory while the new ignition (Selettra), airbox and main roller bearings are optional. Engine builders and teams have been testing the new components for the last few months as the parts have moved their way into the USA. With the new layout, it will be difficult to judge the comparison, and we’ll learn more about the tuning differences with the new components.