CRG: WSK Master Is Over in Lonato 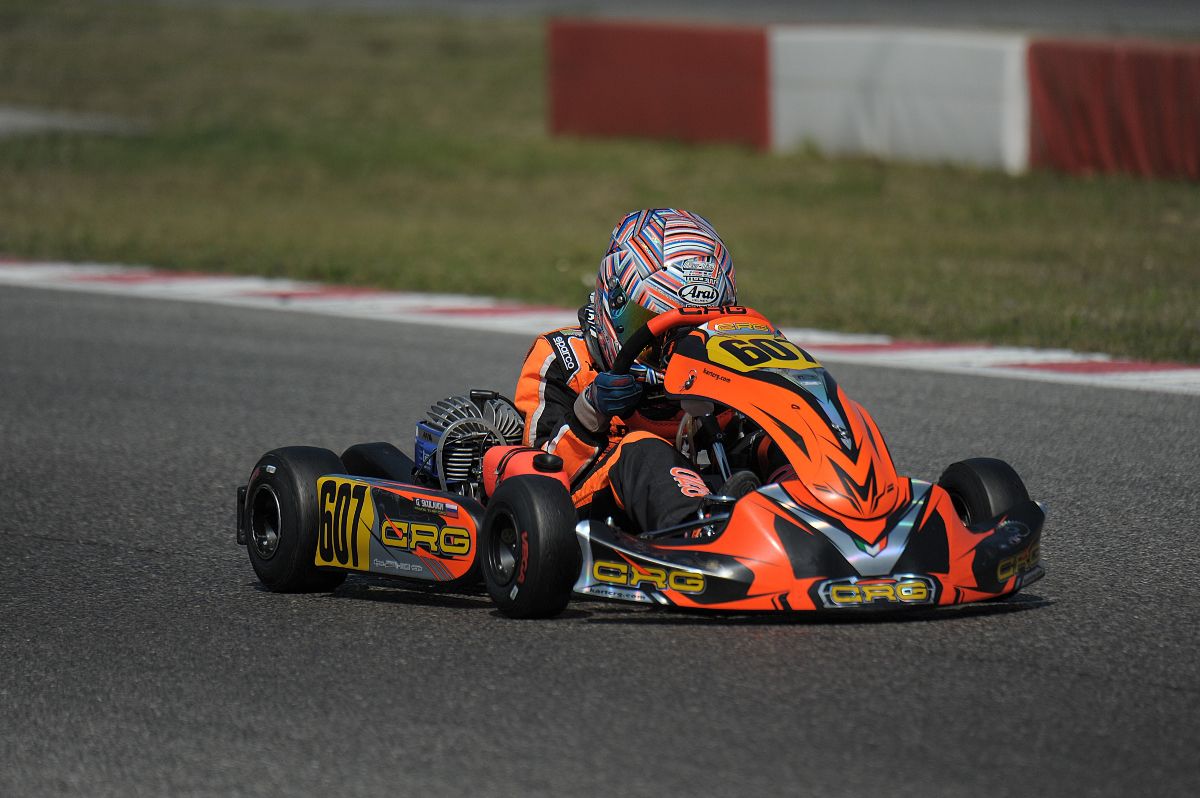 Despite the ongoing Covid emergency, the WSK Master Series took place regularly and for the CRG team it was an excellent test bench, to measure the work done during the winter from a technical point of view and to allow new drivers to get the right feeling with the chassis and the team staff. The last round of the 4 scheduled races after Adria, Lecce and Sarno, took place last weekend on the Lonato racetrack, where the CRG drivers confirmed their excellent performance levels, especially in the KZ and Mini classes.

As for the OK Junior class, it was decided to let the drivers rest in view of the 3 international events in May (Champions of the Future and European Championship), while in OK the French Arthur Rogeon and Paolo Ippolito got to the track. Ippolito was there with the role of “development driver“, with the aim of carrying out some chassis and engine tests in racing conditions. From a sporting point of view in the gearbox category Alex Irlando appeared in great shape: he obtained the 2nd time in qualifying in his group and then he did some excellent heats, but unfortunately in the pre-final he had a technical problem with the engine, which forced him to retire, while he was in the 2nd position. Jeremy Iglesias also confirmed his excellent competitiveness standards and finished 5th in the final. Tontery was more unlucky: after an excellent pre-final, he had a penalty for the spoiler, which also compromised his final, where he only obtained the 18th place. A weekend to forget also for Pescador, who was forced to retire during lap 1 of the final, but also in his case the weekend’s performances were positive and constantly growing.

Rogeon had a very productive weekend in OK, making it to the final after having shown excellent performances in the heats; unfortunately his race pace in the final was compromised by a problem with the spoiler, caused by a contact on the 2nd lap of the race. For Paolo Ippolito, on the other hand, an unfortunate contact in the pre-final ended his weekend prematurely, but as regards the technical work done in the free practice and in the qualifying phases, the staff had a lot of positive feedback.

Finally, in the Mini class Gerasim Skulanov confirmed himself among the big names in the category, but an unlucky and discussed contact in the last lap of the pre-final compromised his chances of fighting for the victory, having demoted him from 3rd to 14th place on the grid for the final. His race was then aggressive as usual, but despite an excellent recovery he only got 4th place, missing the podium by a whisker. The Russian driver closed the Championship in 4th place too. As always, Aleksandar Bogunovic also proved to be fast, but the tussle of the first laps in the final did not allow him to go beyond 20th place. Unfortunately, due to a contact, the excellent rookie with the CRG colors Luviwe Sambudla, as well as Campos and Sachse, were eliminated in the pre-final, while the Italian Prescianotto was underweight by a few grams, due to a mistake and was excluded from the pre-final.

In May there will be 2 races of the European Championship, while the WSK events will return on June 13th with the Adria Euro Series.
Here some of the drivers’ comments:

Alex Irlando (KZ): “Unfortunately, as already happened in Sarno, due to an unfortunate episode, I was unable to race in the final, even though we were really fast. An engine problem stopped me in the pre-final, but in this kind of races, while we are working with the team to find the best set-ups and to refine the mutual feeling, the balance I can make is obviously very positive. The work that TM is doing is excellent as always. Even without taking part in the final, we still managed to complete the entire work program established for this race, so that we can look forward to the international competitions that will start with the European Championship on June 20th. I am very sorry for the accident that involved Leuillet at the start of the final and I wish him a speedy recovery”.

Paolo Ippolito (OK): “Although my competitive commitment is concentrated on KZ, since the beginning of the season I have also been carrying out some tests for the OK category and this time we decided to take part in the race, to compare the data collected in the tests with those obtained precisely with the race conditions. It was a very productive work and it will allow us to introduce some updates for the next events on the track and later on also in the series production. I’m sorry for the contact in the pre-final because we had a top ten pace and it was a shame to miss the chance to make it to the final”.

Gerasim Skulanov (Mini): “I would have really wanted to end my last Mini race on the podium. Both the team and I gave it all to achieve that result, but starting from the 7th row made it all so difficult unfortunately. We were fast enough to fight for the victory and we got that close a lot of times this year. P4 in the race and in the Championship in the end; not that bad but also not what I wanted. Now I will focus on a new challenge: OK Junior with CRG and I am looking forward to the first test”.