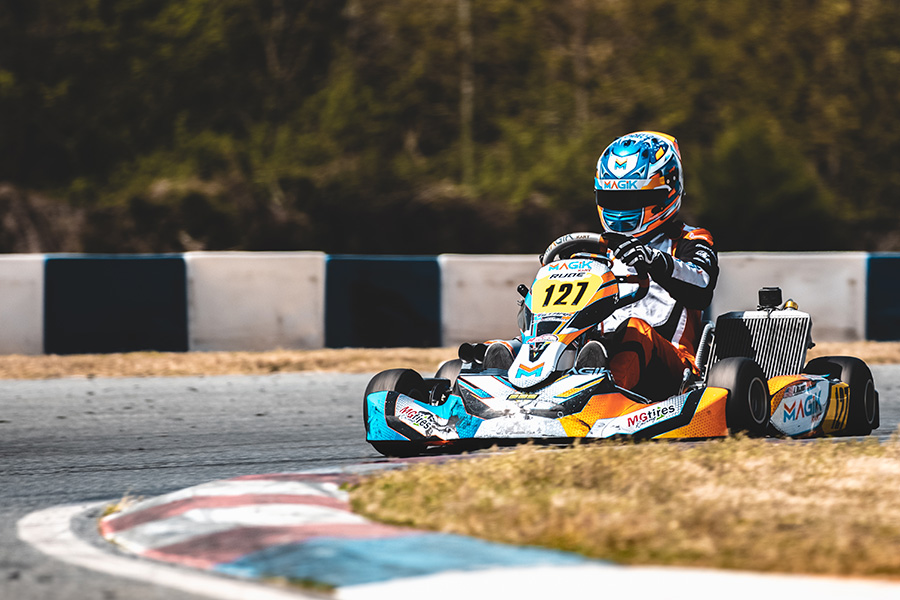 The 2021 season for the Stars Championship Series began on the April 9-11 weekend. The program ventured south to the GoPro Motorplex in Mooresville, North Carolina, setting a new record in its sophomore season. On the weekend, the event welcomed 129 entries in 12 classes, breaking the record set at the inaugural opener in New Castle in 2020. Weather was a mix between great and wet. Saturday brought on some rain, that caught some competitors out and allowed others to regroup. The Prefinal and Finals on Sunday concluded the event, setting up the early contenders for the 2021 championship program.

Andrew Bujdoso made his Stars debut a success with a clean sweep of the weekend in KZ Stars. Bujdoso set fast time in qualifying with a 46.189, and never relinquished the top spot through the heat races, Prefinal and Final. The 20-lap main event saw Bujdoso drive away to a five-second advantage. The battle for second went down to the wire with Brent Crews taking the spot ahead of Gavin Bayliff. Alan Isambard was fourth with Jamaican Collin Daley in fifth. 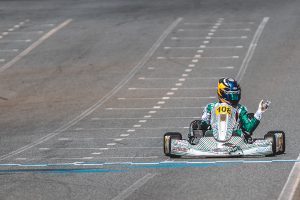 The KZ Masters class had 10 drivers, and was very competitive throughout the weekend. Jason Campbell set fast time in qualifying, clearing the field by over three tenths of a second. Heat race wins went to P2 in qualifying, Joe Ruch. The top position changed in the Prefinal with Ruch having issues, allowing Mike Jones to take over and grab the race win. From there, Jones set a solid pace in the main event to lead all 20 laps for his first series victory. Campbell ended up second with Ruch driving back to finish third. Anthony Stiffler and Chad Lee completed the top-five.

The largest category of the weekend was the KA Stars division, featuring 29 drivers. Local drivers shined, including Tyler Wettengel grabbing fast time in qualifying with a 50.436 lap, edging out Pauly Massimino by only two thousandths of a second. Massimino and Westin Workman each took a win in the Heat races, while it was Pauly taking the Prefinal checkered flag first. With the pole position for the main event, Massimino drove away to a five-second advantage in the 20-lap Final. Wettengel edged out Hayden Jones and Jake Donald for second with Keegan Bosch completing the top-five. 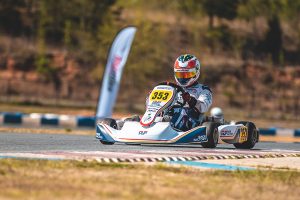 Ryan Casner was the driver to beat in the KA Masters class. Casner cleared the eight-driver field in qualifying by over one-second. After winning the first heat, Casner had an issue in Heat #2 to allow Joe Ruch to win the race. Casner came back in the Prefinal to score the win and the pole position for the Final. After leading the first eight laps, a mechanical issue put Casner on the sideline. That allowed Ruch to take over and score victory in his class debut. Peter Cook was second with Kris McCrone completing the podium.

KA Junior was a two-driver battle all weekend long in the 14-driver field. Danny Dyszelski edged out Parker DeLong by 11 thousandths of a second in qualifying. Each won a heat race with DeLong getting the Prefinal win. The Final went down to the wire with Dyszelski reaching the checkered flag first for the victory. DeLong was second until he was removed following tech. That promoted Mason Walters to the second spot and Drew James also onto the podium. Sam Avrustsky and Miles Murray finished fourth and fifth. 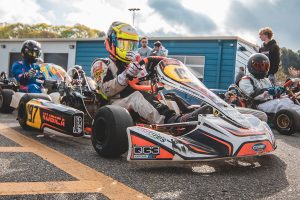 Nathan Nicholson nearly pulled off the sweep in the ROK Stars division. Nicholson was the only driver into the 46s in qualifying for the five-driver field. He went on to win both heat races, but an issue in the Prefinal allowed Landen Wilkins to grab the win. Nicholson came from fifth to first in the 20-lap Final, winning by 12 seconds ahead of Wilkins and Nathan Martin.

ROK Masters was a sweep as Alex Mueller showed the way throughout the weekend in the eight-driver class. Mueller was the only driver in the 47s for qualifying, and won both heat races and the Prefinal. In the Final, Mueller established a 14-second advantage in the 19-lap race for his first series victory. 2020 champion Steve Frank was second with Hugh Templeman in third.

Mueller was able to leave the weekend with two victories, including a sweep of the X30 Masters class. Mueller won over Logan Cozzie and Connor Hare. Ashley Rogero also swept the X30 Stars class at her home track. Rogero drove to a seven-second advantage in the Final ahead of Tyler Wettengel and Valetin Andrieux. 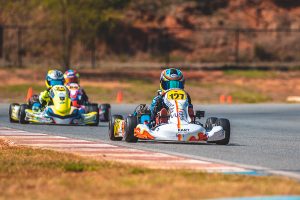 The 206 Stars class welcomed 16 drivers on the weekend. Todd Baron set the fast time in qualifying with a 57.249-lap. Baron won the opening heat race, with Andrew Patterson taking the win in Heat #2. In the Prefinal, Baron returned to the top of the order, scoring the win. The Final came down to two drivers, with defending champion Ian Quinn stepping up. Quinn was able to edge out Patterson for the victory. Collin Miller drove to third with Baron back to fourth. Derek Sokol rounded out the top-five.

Six drivers made up the Mini class, with two drivers at the front all weekend. Max Cristea set the quick time in the qualifying session, but it was Kai Johnson winning Heat #1. Cristea came back to win Heat #2 and Johnson responded with the win in the Prefinal. The 17-lap Final was tight, as Johnson held off Cristea for the victory. Davin Roberts joined them on the podium. Micro welcomed 11 drivers with Isaac Malcuit showing the way all weekend. Malcuit swept the action, capping it off with a 17-second advantage in the 17-lap Final. Phaethon Saradpon was second with Bowen Greene in third. 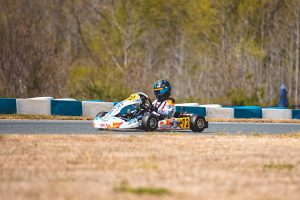 The Stars Championship Series resumes on June 11-13 with a trip to the New Castle Motorsports Park in New Castle, Indiana. Head to starschampionshipseries.com to view information on the series and the event, along with following them on social media.