Drivers double up in final day of Grand Nationals 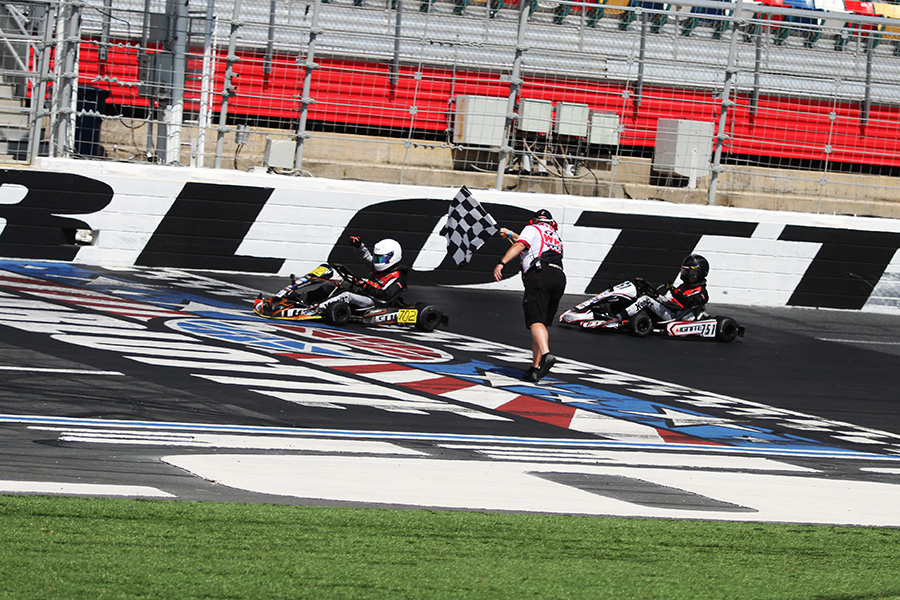 The World Karting Association completed the Charlotte Motor Speedway Karting Challenge on Sunday, including the Vega Road Racing Series program. The second day of racing was conducted around the CMS ROVAL course in Concord, North Carolina on Sunday, welcoming perfect weather all day for six race groups. Throughout the day, a number of drivers were able to match their victories on Saturday, leaving with two WKA Grand National Eagles. 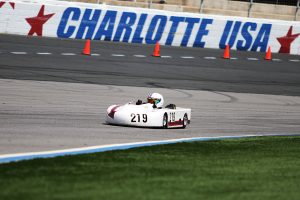 Race 1 featured 21 drivers from the Sprint side joining the road racing group with Margay Ignite program moving over for the second part of their double header. Ignite Senior went down to the wire with Avery Schwalm edging out Bobby Krug at the line with Alexander Searle in third. Phil Pignataro was able to break away late to claim the victory in Ignite Masters over Mike Stephenson and Brandin Moore. The same for Connor Willis, pulling away late in the 30-minute race for the win in Ignite Junior ahead of Ethan Goulart and Miles Doherty. Otto Vollmerhausen won a second time in WKA Sprint F2 over Mark Justice. Mandy Doles went unchallenged in Yamaha Sportsman Sprint F2. Maddie Ulm won a second time in Cadet LO206 F2 ahead of Cale Darling. Rob Garland doubled up in CIK LO206 Heavy with Scott Heath second and Glenn Smith third. Travis Varney joined them, picking up a second win in Junior LO206 over Cait Ulm. Adolph Thomsen was the fourth different driver to earn a second victory in the race group, winning LO206 Sprint 390 ahead of Hans Thomason. Robert Garland took the victory in Clone Sprint 390 F2 ahead of Roy Lovvorn. 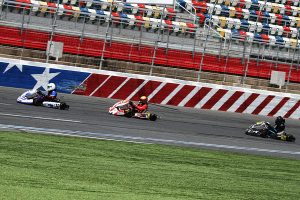 Race 2 was the first 45-minute race of the day, going down to the wire. Lamar Hilliard had a solid lead in the 100cc Piston Port F2 race, until the exhaust began to come apart from his Yamaha engine. On the final circuit, Craig Wetzel and eliminated the gap, moving past Hilliard on the NASCAR turns 1-2 for the lead, taking the checkered flag first. Dean Dybdahl doubled up in the Junior Enduro class, winning ahead of Josh Toth. Justin Greene picked up the win in the 100cc Controlled class, ahead of Michel Marr with Saturday winner Gary Mikush retiring early. Same in Yamaha Sportsman Heavy with Saturday winner Joe Payne having issues. That allowed Lew Fehring to take the win ahead of Mike Collier. William Anderson ran unopposed in Vintage Piston Port/USA F2 as did Dick Charest in Vintage Open F2. 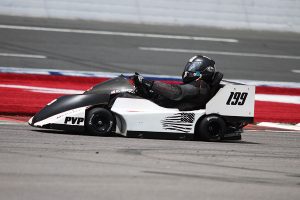 Race 3 was cut short just three minutes prior to the checkered flag due to a red flag coming out for an incident on track. The victory in Stock Honda F2 went to Pascual Torres, leading the last completed lap ahead of Saturday winner Steven Rougeou with Lee Waddle in third. Matthew Turner had established a solid lead early and kept it in TaG Heavy F2 for the victory. Craig Mortz was second with Saturday winner Jarrett Bank in third. Steve Jeffers won in Yamaha Sprint ahead of Saturday winner Jeff Hale with Robert Hoskinson driving to another third place finish. Ben Thomason doubled up in Animal Sprint 390, this time with Hank Heffner in second and Rob Garland in third. Jeremy Yancey was leading the last completed lap in a close one for CIK LO206 Medium F2. Yancey was awarded the victory ahead of Rob Garland and James Michael Sullivan. 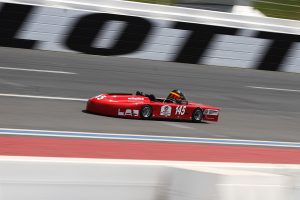 Paul Gatto was among the drivers to earn a second victory on the weekend. Race 4 featured the Super Kart/Unlimited class. Johnny West challenge Gatto early but eventually retired, that allowed Gatto to drive to a second victory. Brian Wilhelm drove to second in his Super Kart debut, thanks to fellow drivers in the pits providing him with a brake caliper in order to get on track. Allen Hollinger ended up third. Fast lap went to Brandon Schenkel, a 1:37.218 – but was only able to complete five laps. Joe Hovorka rebounded from mechanical issues on Saturday to win Sunday in 125 Sprint Shifter. Robert Wimmer was second with Ralph Cox in third. Vintage Twin was Tom Tretow with X30 Laydown having David McCauley with the win.

Race 5 was dominated by Patrick Olsen. The Yamaha Senior class was the focus of the 45-minute race. Olsen was pressured by Randy and Rick Fulks, until contact between them on lap two allowed Olsen to break away. Olsen was the only driver into the 1:52s, driving to a 32-second victory. Randy Fulks fought back, stealing the second spot from Jason Lorang on the final circuit. Mike Collier was the lone driver in Yamaha Sportsman Medium with Joe Thomas solo in Formula 100. 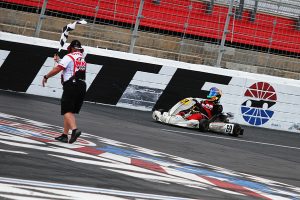 The final race of the day featured the largest race group, with only three classes on track, all going down to the wire in the 30-minute run. IAME Sprint was the quickest class on track. Matthew Turner, fresh off a win earlier in the day, jumped out to about a 4-second lead over Saturday winner Jason Lorang. Eventually, Lorang would run him down and was able to beat Turner to the checkered flag for a second victory on the weekend. Gary Sircy completed the podium in third. The 100cc TaG Senior and CIK LO206 Sprint wins went to the end, with both lead groups coming across the line at the same time. Jake Mueller was able to get away from three others on the final circuit to take the victory. Phillip Eastmead edged out Colin Teague for third with Makena Rice in fourth. At the same time, Kevin Darling edged out Kyle Bickford by 78 thousandths at the line for the win in LO206. Saturday winner Jame Russell was third with Doug Rink a close fourth.

The 2021 edition of the WKA Vega Road Racing Series program is now in the books, with the attention of the competitors looking toward the month of May. On May 7-9, karters will take to the Worldwide Technology Raceway in Madison, Illinois for the fourth event of the 2021 season.