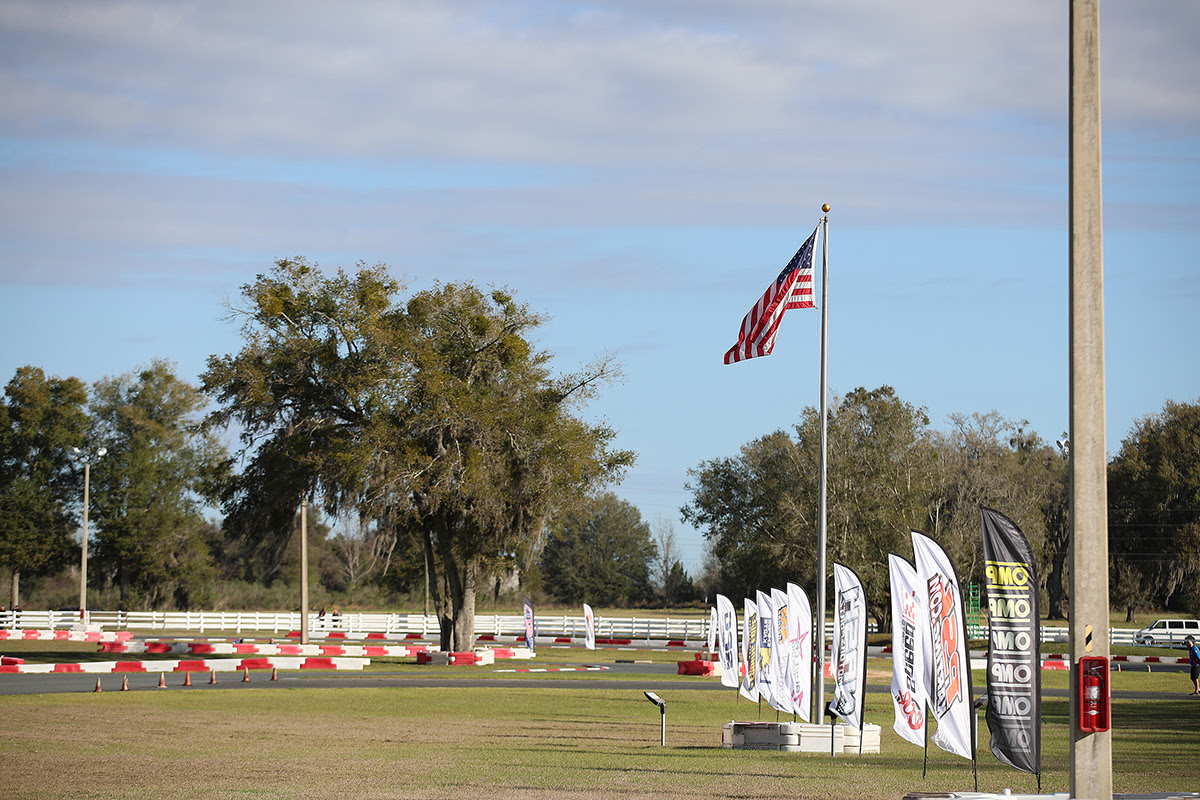 With a United States Pro Kart Series (USPKS) and two ROK Cup USA Florida Winter Tour (FWT) events in the past six weeks, Ocala Gran Prix (OGP) announces today that those will be the last of the national events run at their premier facility. Closing indefinitely, the short but challenging eight-corner circuit that has been the home for national karting events in the past will be torn up to make way for a new 180-unit storage facility.

“It is a sad day for karting but something that must happen to make a viable business,” explained Jorge Arellano. “With the karting industry, both race and rental sides evolving and changing every year, it is not easy to stay ahead of the game. My team and I have worked tirelessly but have come to the conclusion that it is time for a change.”

With a large, new equestrian center complete and a booming horse industry in the Ocala area, Arellano will look to take advantage of frequent visitors to the Ocala region by offering a place to store their equipment, RVs and assets for the years to come.

Arellano added, “I wanted to break the news on April 1st but was convinced that most people would think it was an April Fool’s Joke, but it is not. This is about business, money-in versus money-out and providing something that is needed in the Ocala, Florida area.”

As the breeding ground for several national champions, world champions and some of today’s professionals in the world of motorsports, the Ocala Gran Prix circuit has seen the who’s who of motorsports on site to train and prepare for the future. The OGP race team, once a powerhouse in karting, earned several national titles and launched the careers of many in motorsports. Jorge Arellano was also one the first recipient of the Dan Wheldon Ambassador Award and OGP was named the largest dealer for several brands since Arellano took over the reigns in 1999.

“I would like to thank all of the past and present OGP employees, teams, racers and customers that made Ocala Gran Prix what it is today,” continued Arellano. “I will never forget the highest of the highs and the lowest of the lows that we have had in the 22 years since I have been the Owner, but I am excited to close this chapter and open a new one moving forward. Thank you all for the love, help and support, and I look forward to seeing everyone at a karting event in the near future.”