Weekend in Sarno Turned Out to be Below Expectations for CRG 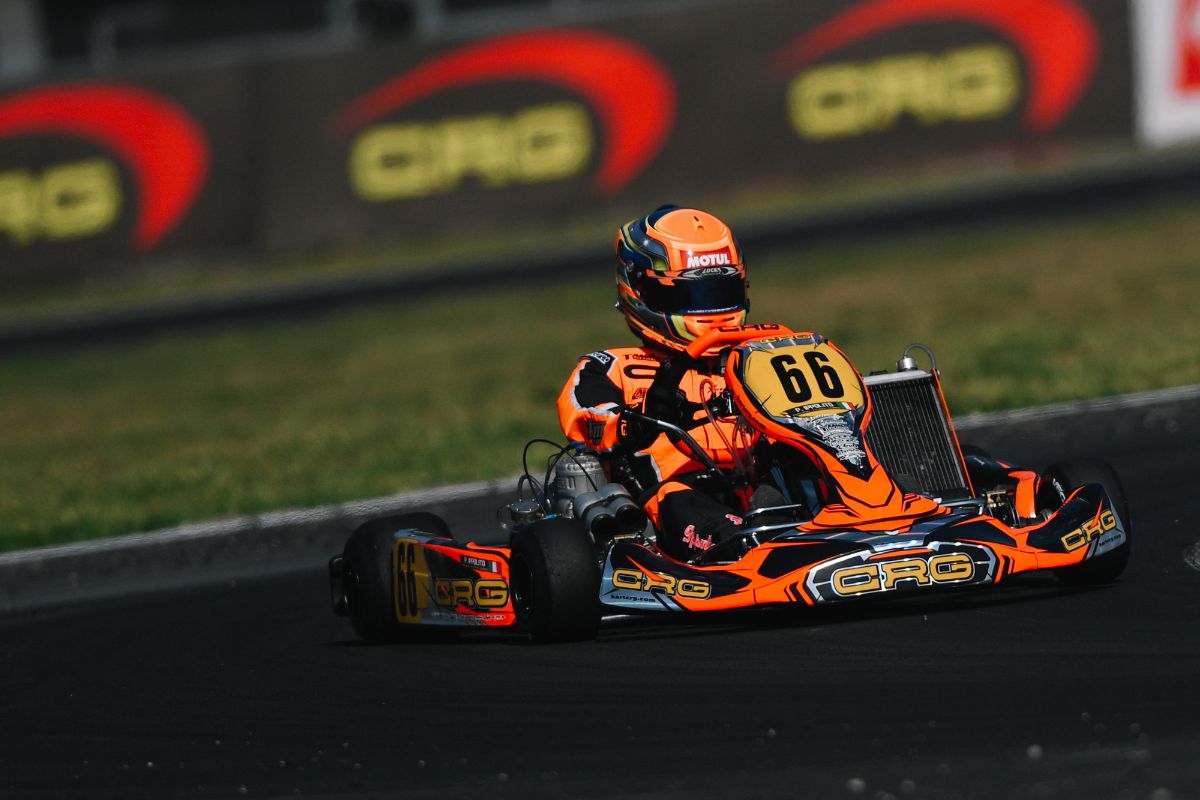 The 3rd round of the WSK Master, which took place in Sarno from the 25th to the 28th March, did not end with the expected results for the CRG Racing Team. However, if on one hand the podium was missed, especially in the KZ and Mini classes where the CRG drivers showed a high potential, at the same time, the balance of the technical work carried out has been satisfying for the drivers and the team’s staff. These WSK races in fact, always have the priority objective of developing and testing the technical material in view of the FIA ​​Championships and from this point of view the work done, but above all, the data acquired and the feedback from the track, will be particularly important.

When talking about the sporting results, after excellent performances in the qualifying phases for the KZ category, Alex Irlando remained out of the final, due to a contact in the pre-final, while Paolo Ippolito finished the final in 7th place, ahead of Iglesias and Pescador, who ended up 10th and 11th. For what concers Iglesias, it must be said that the French driver carried out a work program that involved the use of 2 different chassis and he had to necessarily overshadow the absolute performance, while Pescador’s race was conditioned by a problem at his ribs. Tonteri‘s weekend was also difficult as he went out on lap 1 in the final and therefore had to recover from the bottom up to the 21st position.

Also in the OK and OK Junior categories the drivers have to share a demanding chassis test job and the final results were consequently not significant.

The 60 Mini CRG Team collected less than what it would have been deserved too. Gerasim Skulanov has always been one of the fastest drivers of the weekend, but both in the pre-final and in the final, he suffered from a drop in performance (as well as a contact in the final), which took him out of the top ten.

Considering the performance, the result of the Italian Mattia Prescianotto was very positive. After a wrong qualifying that forced him to start from the bottom, he recovered during all the heats, setting times that were very similar to the ones of drivers in the front and in the final he finished in 13th place. Aleksandar Bogunovic was more unlucky as he was delayed by a contact in the first lap in the final and finished the race in P20, even if his lap times were comparable to the best. Again for what concerns the Mini category Sandro Perez and Bertram Sachse unfortunately did not get to the final: the Spanish had a penalty for the starting procedure in the pre-final, while Sachse paid two contacts in the heats that caused his elimination already on Saturday.

In April the CRG Team will take part to two WSK races both scheduled in Lonato: the first one will be on the 11th and the second on the 25th of April.

The full results of the weekend are available here: www.wskarting.it

Here below the drivers’ feedback:

Alex Irlando (KZ): “I am very disappointed with the contact in the pre-final because we had completed an excellent work plan in the heats and we had the speed for the podium. In fact, despite the retirement, I did the fastest lap of the pre-final. In any case, we must look to the positive side of this weekend and of this type of races. I think we can be satisfied, both for the work done on the chassis, and for the job and support that TM is providing us for the engines. The team is very determined and everyone’s goal is to be ready for the European Championship”.

Arthur Rogeon (OK): “The weekend started badly with a bad qualifying on Friday, but already from Saturday morning the direction we took, started to give concrete results and we were able to do an excellent job, especially in view of the next races. I’m sorry that in the final I went out at the last corner during the first lap and in order to get back on track I was forced to drive through the pit lane, getting back in the last position with an important gap. However, despite the dirty tyres, in just a few laps I was able to regain a race pace equivalent to the drivers in the top ten and this is a positive thing”.

Gerasim Skulanov (Mini): “I’m disappointed because we were very fast on Friday, but then on Saturday and Sunday we never managed to express our real potential. We had some problems in finding the best carburetion and in the pre-final even the set-up was not perfect. In the final when I had recovered up to 10th place, a contact sent me far behind. We need to understand what went wrong and immediately make up all what we have lost at the next race”.