Exprit: The Master Series Goes On in Sarno 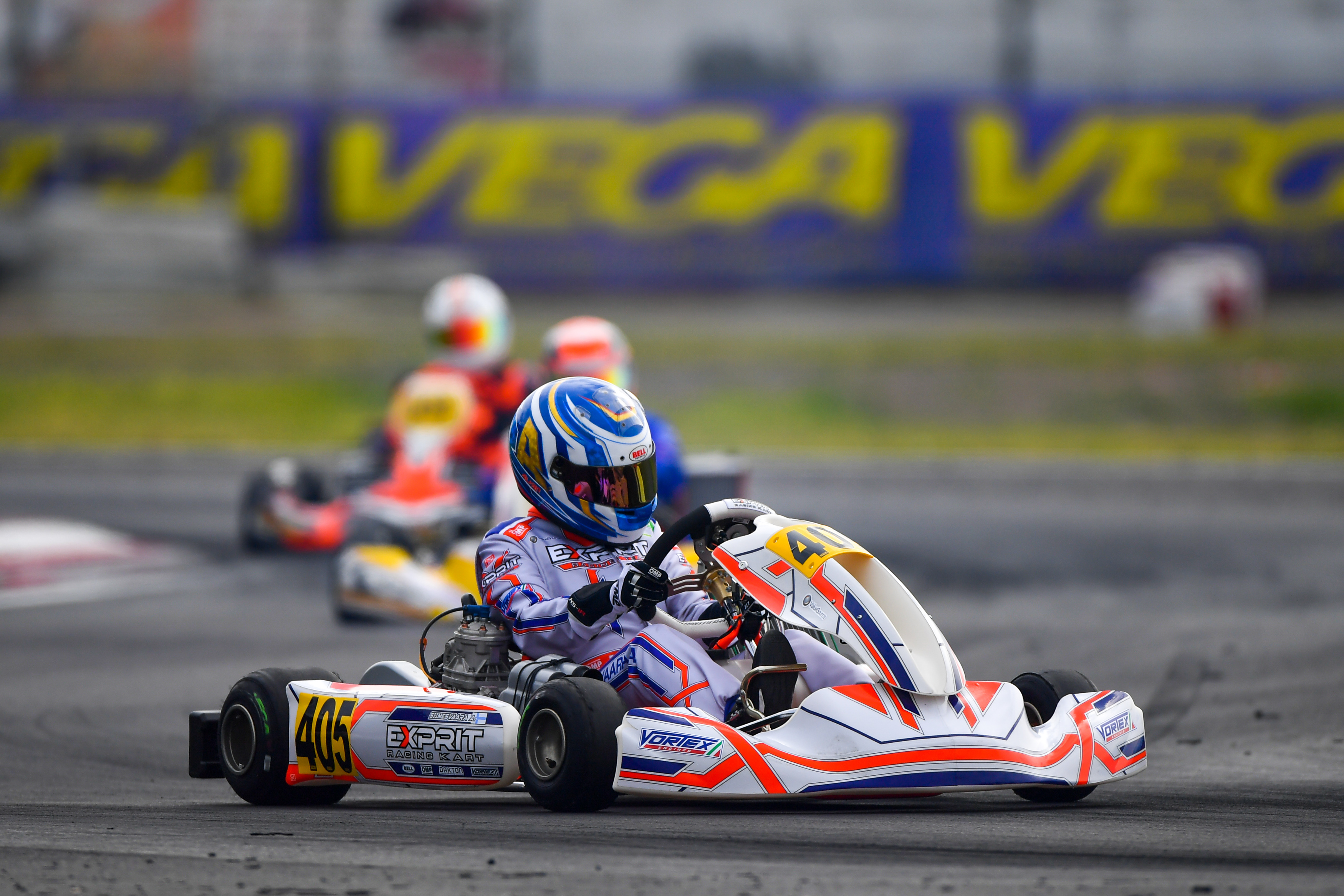 After the third round of the championship held on the renewed Italian circuit, the official racing team in now ready to face a double appointment in Lonato.

The seasonal path of Exprit Racing Team in the WSK Super Master Series goes on. Our team comes at the International Naples Circuit for the third round of the 2021 championship, once more with the Exprit Noesis R (for the OKJ category) and the Exprit Rookie 2020 (for the MINI category), equipped with the DJT (OKJ) and MCX (MINI) Vortex engines.

In OKJ category, Oscar Wurz repeats what he did in La Conca two weeks ago: the Austrian driver, thanks to a good performance during the weekend and a very good comeback in the qualifying and the eliminatory heats, gets the second consecutive pass to the final of the category. In the pre-final, Wurz made a comeback of 12 positions, while in the decisive Sunday race he improves his ranking by 10 positions. Also Jules Caranta shows to have the pace to enter the final and to repeat the result of the second round, but a withdrawal in the pre-final stops the dreams of glory of our bearer. First appereance, instead, for Alvar Siimesvaara and Benjamin Sylvestersson with our Racing Team. The two Finnish drivers, despite the lack of familiarity with this kind of races, mark interesting performances that make us hope for the next scheduled races.

In the MINI category, Mateo Moni continues to represent our colours in a category which is full of competitors and fights. At his first year of the category, the young French driver continues his growth and stands out for three good comebacks in the qualifying heats, other than a recovery of 7 positions in the pre-final. These are important experiences for Moni, who grinds out useful kilometres useful to aim higher during the season.

Our Exprit chassis also gain the access to the final in the OK category. Nikolas Pirttilahti fights and comes very close to the top 15, while Ricardo Gracia is the second best driver in the ranking with our materials. In OKJ, Kean Nakamura Berta also stands out with a victory in the A pre-final and a success in the eliminatory heats.

In two weeks, the Exprit Racing Team is moving to the South Garda Karting, which will host the first round of the WSK Euro Series, scheduled on the next 8th -11th April.