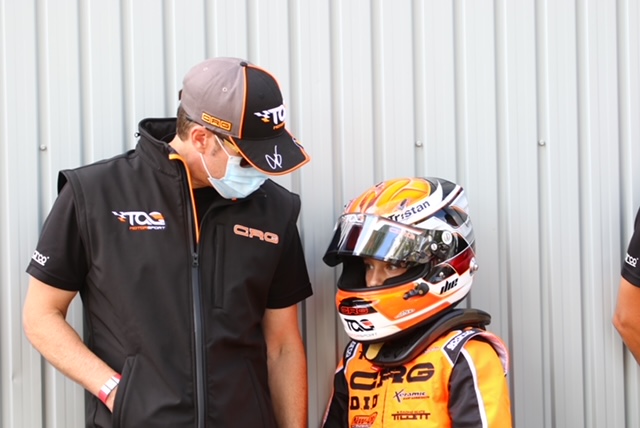 CRG is pleased to announce Ilie Tristan Crisan as a new Factory Team driver in the 60 Mini class. The Canadian born in Valleyfield, Quebec, is currently racing in the Canadian Rotax Championship with Alex Tagliani’s TAG Motorsport team. The close collaboration between CRG Factory and the former Indycar driver, who is the Team Principal of the CRG team in Canada, opened the doors of the CRG Racing Team to the young Canadian talent, who is achieving important results in the National Rotax Championship (the same category where last year he secured himself the qualification for the international finals in Portugal, then cancelled due to Covid).

Ilie will join the CRG Karting Factory Team in Europe in the summer of 2021 for an initial program of tests and 4-5 races, together with some other commitments that will be added for the final part of the season.

After just one year with the TAG Motorsport – CRG Canada Team, Ilie enters the world of European karting, where he will compete against the best drivers in the world and will have the technical support of the racing department that has contributed to the training of many champions who are currently in F1, like Lewis Hamilton and Max Verstappen. His season in Europe in the 60 Mini class will begin with the first two rounds of the Italian Championship and the WSK Euro in Adria.

“It is an exciting news to see one of the TAG Motorsport – CRG Canada drivers joining the CRG brand in European competitions” – said Alex Tagliani, TAG Motorsport Team Principal.

“Ilie is a 9-year-old driver, but he has already shown a great talent and this experience with CRG in such competitive championships as WSK and the Italian Mini Championship will be very important for his traning. Giancarlo Tinini’s team managed great drivers in karting who have become protagonists in F1, such as Rosberg, Hamilton and Verstappen and for Ilie it will be an essential experience that will help him to become a most complete driver”.