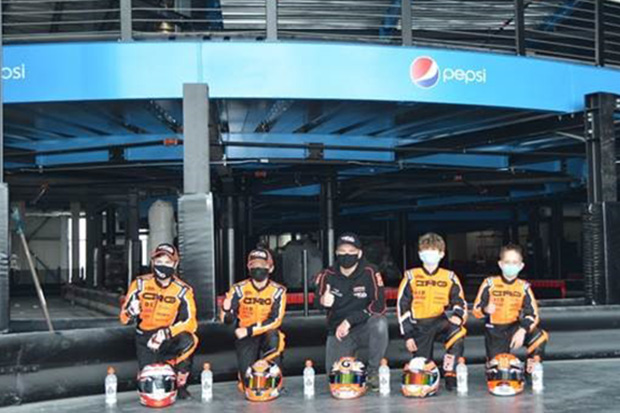 “We are extremely pleased with this partnership with PepsiCo Beverages Canada,” says driver and businessman Alexandre Tagliani, who is also known as “Tag”. “Not only can we count on their support for the Tag E-karting & Amusement Centre, but, thanks to their Gatorade brand, we will be better able to support our young drivers, both in terms of raising their profile, and in optimizing their performance throughout the season.”

Concessions at the impressive multi-level karting track of the brand-new electric karting centre, which is scheduled to open this summer in Sainte-Thérèse, will include PepsiCo beverages such as Gatorade, Pepsi® Zero Sugar and bublyTM.  This family entertainment hub, which is unique in Canada, will offer, among other things, three tracks on three levels – one for adults, one for children and a half-kilometer super track combining the two.

“PepsiCo is thrilled to hit the tracks as the beverage partner for the new TAG E-karting & Amusement Centre: hydrating and fueling aspiring drivers with our brands like Gatorade,” said Alexandre Villeneuve, Market Director of PepsiCo Beverages Canada. “The organizations share Alex’s enthusiasm and cannot wait to help people discover karting, both as a family sporting activity and a professional sport at the country’s first multi-level electric karting centre. ”

Passionate about the development of the next generation of karting in Quebec, Alex Tagliani is always on the lookout for new opportunities that will help open doors for his young drivers.

About TAG E-Karting and Amusement

Following an investment of $18 million and several years of planning and development, the immense TAG E-Karting & Amusement Centre will open in the spring of 2021 in the completely revamped Plaza Sainte-Thérèse along Highway 15. Destined to become a hub in a new era of entertainment for the public, the Centre not only offers a three-level layout of three electric karting tracks, but also a multitude of exciting activities: axe throwing, laser tag, bowling, virtual reality, interactive trampolines, a 7D interactive cinema, arcades, and an interactive wall. Founded by the racing driver and owner of the TAG Autosport team, Alexandre Tagliani, this unique project in Canada is the result of a large-scale partnership with a group of seasoned entrepreneurs from the business community.