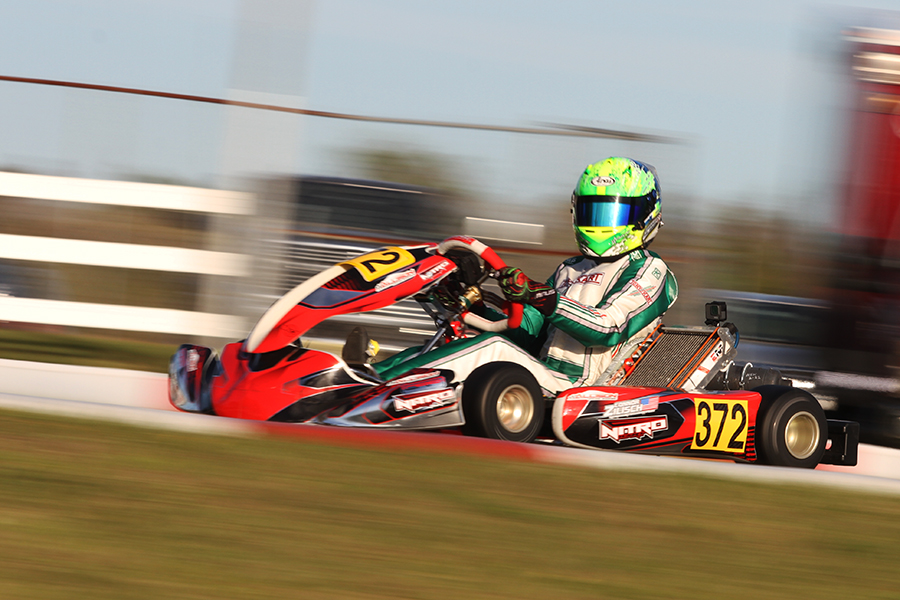 Connor Zilisch secured wins in his USPKS Senior debut, one in KA100 and one in X30 Pro (Photo: eKartingNews.com)

One of the largest karting programs in North America over the last decade is the United States Pro Kart Series. The 2021 season began with the Southern Grand Prix at the Ocala Gran Prix on March 12-14. A large majority of the record-breaking 293 entries at the Ocala, Florida facility were competing on OTK products. Of the 14 main events on the weekend, eight were won by OTK brands with a total of 26 podium finishes and 40 top-five results.

“I was very happy to see Mr. Coats and his USPKS crew again, and how well the series has evolved,” commented Luis Ruibal of OTK USA. “I want to congratulate all of our dealers, teams and drivers for a solid turn out and great results in Ocala.” 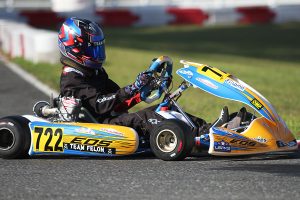 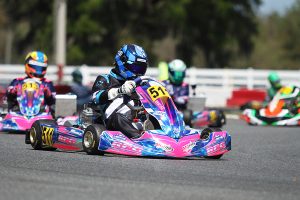 Zilisch had a total of four top-five results on the weekend, including two in X30 Pro. Zilisch finished third on Saturday, standing alongside Mathias Ramirez (Speed Concepts Racing / Redspeed) in the second spot while defending champion Brandon Jarsocrak (Mike Doty Racing / Kosmic) put three OTK drivers in the top-five. Sunday was a 1-2 finish with Zilisch on top of the podium as Ryan Norberg (Rolison Performance Group / Kosmic) was runner-up. Ramirez added a fifth-place performance.

OTK swept the podium both days in the X30 Masters class. Rolison Performance Group / Kosmic drivers Mario Barrios and Danny Robertson finished 1-2 on Saturday with defending champion Scott Kopp (Franklin Motorsports / Exprit) placing third. Kopp moved to the top step of the podium on Sunday for his first win at Ocala. Robertson was runner-up for a second time with Scott Roberts (Speed Concepts Racing / Redspeed) in third. John Robicheaux (Rolison Performance Group / Kosmic) and Barrios made it a clean sweep for OTK of the top-five. 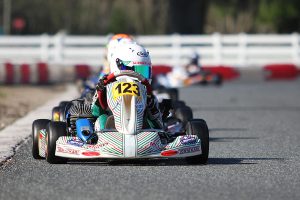 It was a breakout weekend for Diego Ardiles (Supertune / Tony Kart) in the Mini Swift division. Ardiles secured his first series victory on Sunday after placing fourth on Saturday. Oliver Wheldon (JC Karting / Kosmic) stood on the podium in Round One, placing third. Augustus Toniolo (Rolison Performance Group / Kosmic) added two podium results of his own in Micro Swift, placing third in both main events on the weekend.

The United States Pro Kart Series returns to action on April 30 – May 2 at the New Castle Motorsports Park for the Heartland Grand Prix in New Castle, Indiana.