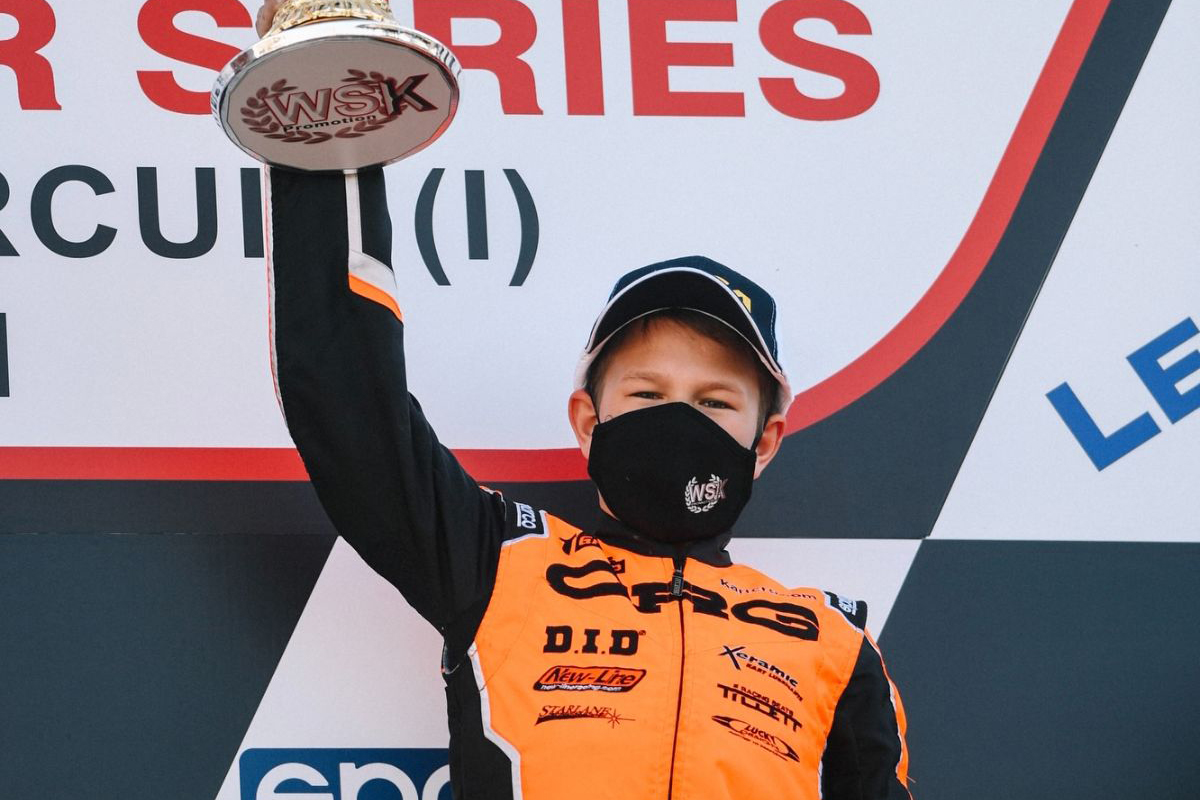 The weekend of the CRG Racing Team at the WSK Master in La Conca has ended with a positive third place in the Mini category. Once again Gerasim Skulanov and the Black Mirror chassis (equipped with TM by MA engines) were among the greatest protagonists of the event, confirming the CRG colours at the top of an increasingly important category from a commercial and sporting point of view.

Aleksandar Bogunovic’s debut with the CRG official team in the Mini category has also been very positive: during the final, while he was in the 8th position, keeping a race pace of the best in front of him, a contact relegated him to the middle of the group. Mattia Prescianotto’s weekend has been characterized by ups and downs. He was delayed by various contacts in the final too, despite having set times very similar to the leaders.

In OK Junior Simone Bianco was penalized by the fact he had never raced on the Muro Leccese track before and the rain in the first two days of the event complicated his apprenticeship as well. His weekend has nevertheless been a continuously growing and on Saturday the feedback received during the heats, for what concerns some technical updates, was very interesting.

The next appointment for the CRG Racing Team is scheduled for the weekend of the 28th March in Sarno for the 3rd Round of the Master Series.

Here some of the drivers’ comments:

Gerasim Skulanov: “In the first laps, despite starting from the outside line, I was very fast and I was able to make up the lost time immediately by hooking up the first two. Later I first made a small mistake and then I lost contact, because of a contact with one of the other drivers. At the end I still made up the lost time on the leaders and if there would have been one more lap I would certainly have tried to attack them. In any case, this podium is positive and in the Championship I am at only 13 points from the top”.

Aleksandar Bogunovic: “We found a lot of grip from Friday onwards and for me, being tall, was a difficult factor to manage. But despite everything in the final I was very fast and could have easily finished in the top ten. I want to thank the whole team for how they have welcomed me and for the great work they have done. I’m sure that already from Sarno we will be able to fight for the podium”.