Continuous Achievements for Exprit in the Master Series 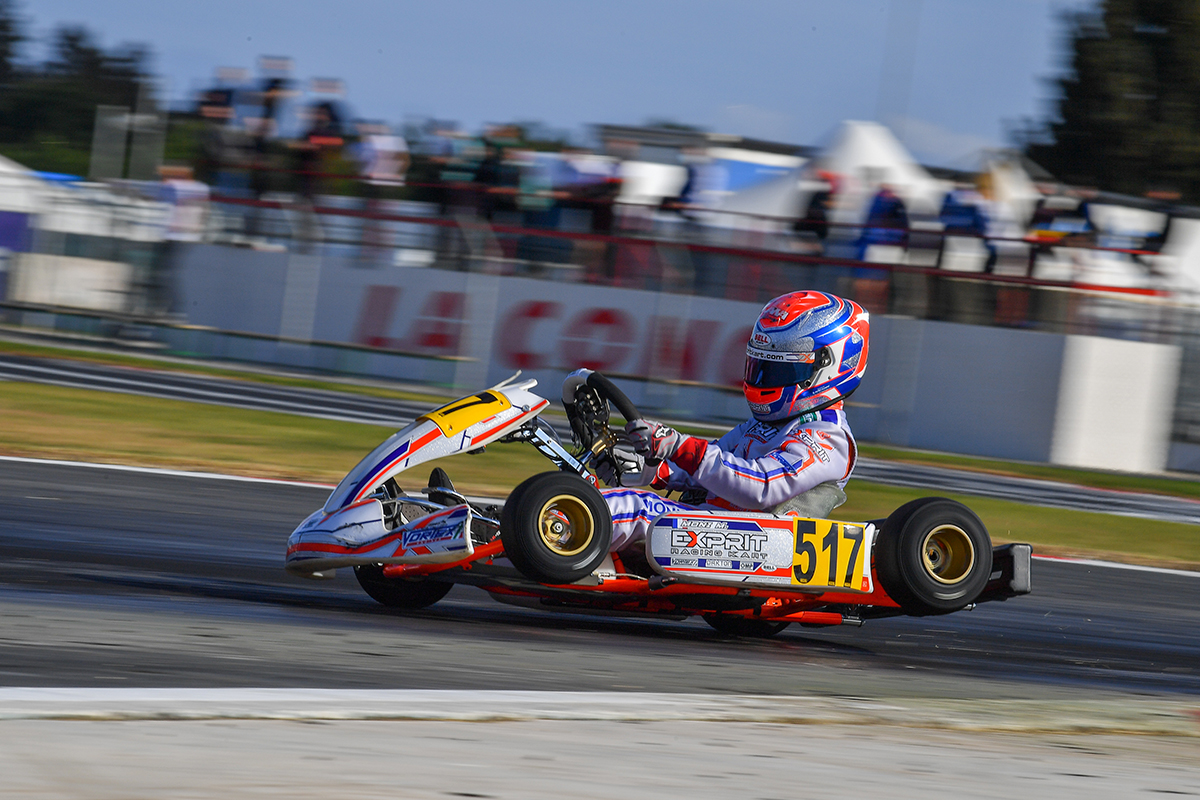 Jules Caranta and Oscar Wurz, official drivers of our Racing Team, get the pass for the final of the OKJ category on the occasion of the second round of the WSK Super Master Series at the International La Conca Circuit.

After the first races of the 2021 season in Adria, the Exprit Racing Team is at the start of the second round of the WSK Super Master Series. At the International La Conca Circuit, featured by spring-like temperatures and mostly sunny days, our team brings on track the Exprit Noesis R (for the OKJ category) and the Exprit Rookie 2020 (for the MINI class), as usual with the DST (OK), DJT (OKJ) and MCX (MINI) engines by Vortex.

In OKJ, Jules Caranta and Oscar Wurz are rewarded for their steadily improving performance with the access to the final race of the category. Caranta shines in the pre-final, turning out to be one of the best climbers with a 9th place and a +11 compared to his position at the starting grid; in the final, however, the French driver pays for a start in the most turbulent part of the grid, which jeopardizes his result. A 3rd position is Wurz’s best performance in the heats and, thanks to some good heats, he enters the top 15 in view of the pre-finals. Unfortunately for Wurz, however, the final ends prematurely with a stop.

Mateo Moni continues to grow in the MINI category, a class with which he is becoming increasingly familiar. The very young French driver, in his first year in the category, grinds out kilometres and also performs several good overtakes in the heats: achievements that promises well for the next rounds, in such a difficult and competitive category.

Exprit Racing Team now moves to the International Circuit of Naples, which will host the third round of the WSK Super Master Series in a couple of weeks (March 25th – 28th).