The Growing Exprit In the WSK Super Master Series 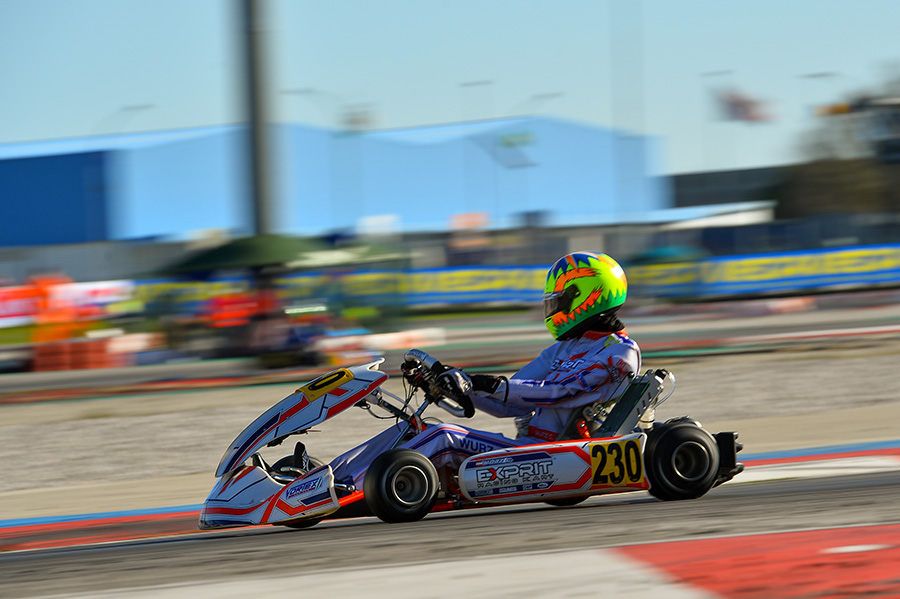 Charlie Wurz, official driver of our Racing Team, hits the final of the OK category in the first round of the WSK Super Master Series, at the Adria Karting Raceway.

After the “first” race of the season, the WSK Champions Cup, the Exprit Racing Team is on track again after just one week, on the occasion of the first round of the WSK Super Master Series 2021, host at the Adria Karting Raceway. Still the protagonists are the Exprit Noesis R (for the OK and OKJ categories) and the Exprit Rookie 2020 (for the MINI class), equipped as always with the DST (OK), DJT (OKJ) and MCX (MINI) Vortex engines, the “engine division” of the OTK Kart Group.

With the official colors of our Racing Team, Charlie Wurz makes his way among his rivals in the OK category. The Austrian driver, after the interesting performances of last weekend in the WSK Champions Cup, makes everything real by entering the Sunday final.
Wurz’s chassis is not the only Exprit Kart chassis in the race: Ricardo Garcia climbs up not less than ten positions from the starting grid, also fighting for getting a place among the best twenty.

Oscar Wurz and Jules Caranta’s growing path continue in the OKJ category. Wurz gets an eighth place as best result in the heats but some stops and penalties do not reward his performances on the track; on the other hand, Caranta works hard and improves his experience in view of the next seasonal appointments.
After the second place in the WSK Champions Cup, Berta Kean Nakamura fights again for the podium with Exprit Kart equipment. The Japanese driver, who started in twelfth position, recovers not less than six positions to finally reach the fifth final place.

Mateo Moni‘s adventure continues in the MINI class, which saw him at his debut seven days ago in the WSK Champions Cup. The very young French driver gains kilometers in the qualifying heats, also collecting good timings for his personal growth in this 2021.

The Exprit Racing Team will continue the path of the 2021 season with the second round of the WSK Super Master Series, scheduled at the International La Conca Circuit on next March, 11th-14th.