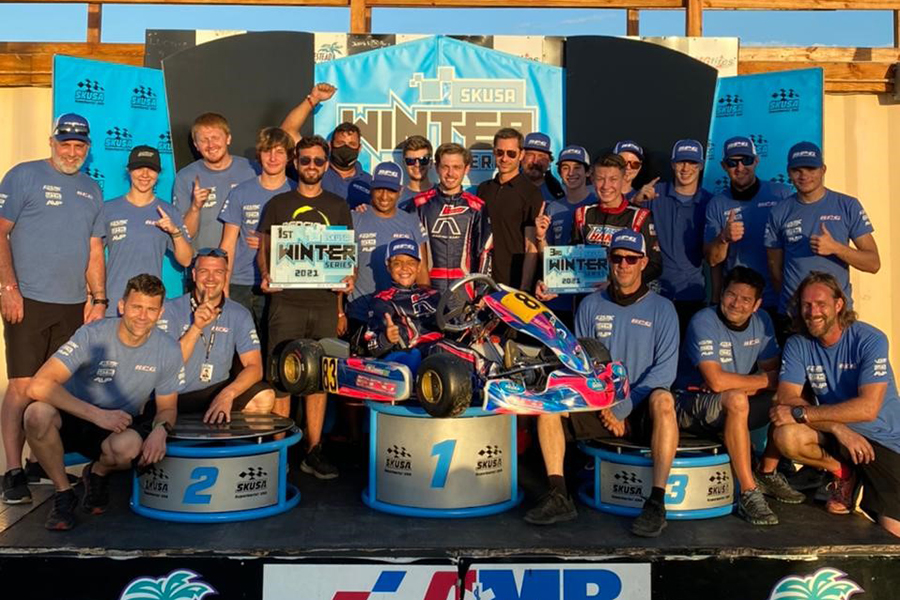 The Rolison Performance Group team capped off an incredibly successful Superkarts! USA Winter Series this past weekend at the AMR Homestead-Miami Motorplex presented by MG Tires, scoring championships and race wins in multiple categories. Veteran Ryan Norberg led the RPG Kosmic brigade by winning his third Winter Series title in the hard-fought X30 Senior class, while Californian Chase Hand completed a successful national debut by taking the championship in KA100 Junior thanks to four podium performances. RPG’s new Micro Swift star Augustus Toniolo added to the collection of hardware with a pair of podium results, including a dominating win in the Sunday main event. All told, RPG left the Homestead weekend with two championships, one win, six podiums, and nine top-five results.

RPG fielded four drivers in the ultra-competitive X30 Senior class with Hannah Greenemeier, Branyon Tiner and Nate Cicero joining Norberg in the 35-driver field. Norberg displayed his trademark poise and consistency, qualifying on pole on Saturday before winning the Prefinal. In the main, Ryan battled for the race win throughout the 22-lap run, taking a title-supporting second in the final tally. On Sunday, Norberg again remained consistent and finished on the podium in third, which gave him his third SKUSA Winter Series championship crown. Coming off his KA100 Winter Series championship in 2020, New York’s Cicero showed extremely well in only his second X30 Senior race weekend, scoring a pair of top-10 results against the sport’s best. Colorado driver Greenemeier placed 10th in Saturday’s main event before pulling off Sunday due to a rib injury. ‘Biggs’ Tiner was exceptionally impressive all weekend long, showing tremendous speed that had the Texan contending within the top-five. Tiner was in position to fight for fourth before a late-race mechanical failure put him on the sidelines early on Saturday. Biggs came back on Sunday for redemption, placing eighth in a hard-fought 22-lap main event. 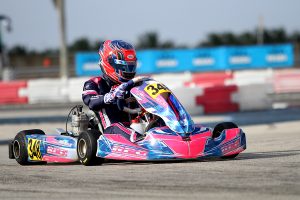 Greenemeier ran double duty on the weekend, also running in the KA100 Senior class alongside Nolan Allison from Seattle and New York’s Gia Cicero. Hannah came into the finale as the championship leader despite not recording a win in the opening two weekends, setting the pace in qualifying to begin Saturday’s racing. Greenemeier would get shuffled back to fifth in the Prefinal, improving up to fourth to keep herself in the championship hunt. Unfortunately, she suffered injured ribs during the action and eventually sat out the Sunday Final. Using Round Four as the drop race, her first three rounds put her third overall in the championship standings. Allison picked up the flag for RPG in the category with his best weekend performance. Like Greenemeier, Allison was in the fight throughout Saturday, placing second in the Prefinal but ended up in third for his first SKUSA podium. Cicero added to her top-10 results from January, improving pace and race craft to land herself in sixth for the main event on Saturday. That gave RPG three drivers in the top-six. Cicero was in the hunt once again on Sunday until contact early in the main event put her into the wall outside turn one, and out of the race.

Securing the second championship for Rolison Performance Group from the SKUSA Winter Series is KA100 Junior driver Chase Hand. The second-generation driver from California made his first national start last month, joining RPG for the first time at the SKUSA Winter Series. His debut was stellar, nearly pulling off a sweep of the opening round but fell to the runner-up spot and matched it with a third-place podium finish in Round Two. This past weekend, Hand was in the hunt all weekend long, never finishing a session outside the top-three. After winning the Prefinal, Hand fought strong in the main event to come away with another runner-up finish. On Sunday, Chase was on the chase as he ran down the leader, completed the pass and crossed the line as the provisional winner. A pushback bumper penalty would take away the victory, moving him to third in the official result. The four podiums helped Chase become the series champion for 2021 to kick off his debut season on the national scene. 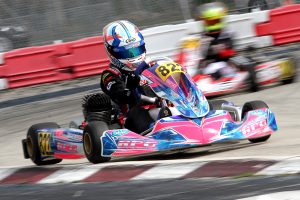 Throughout the entire SKUSA Winter Series program, Augustus Toniolo had the RPG-Kosmic colors running up front, and the team is thrilled with the young driver’s performances and progression. The OTK-RPG package was on-point all weekend finishing second on Saturday before dominating the Sunday main event to score his first SKUSA victory. The weekend performance secured second on the Winter Series championship for RPG’s talented 10 year-old from Brazil, and he’ll now go looking for a SKUSA Pro Tour title in 2021.

After the race, the Rolison Performance Group immediately headed north from Homestead to set-up shop in Ocala, Florida for the second weekend of the 2021 ROK Cup USA Florida Winter Tour. The drivers will hit the track at Ocala Gran Prix Raceway on Wednesday in preparation for the event. RPG will call Ocala home for the next month with the United States Pro Kart Series opener on March 12-14 before returning on March 19-21 for the FWT finale. Completing the run in Florida, RPG heads west to New Orleans for the SKUSA WinterNationals, the opening round of the 2021 Pro Tour on March 26-28.