Championships, victories, and podiums for race team after two weekends in Homestead 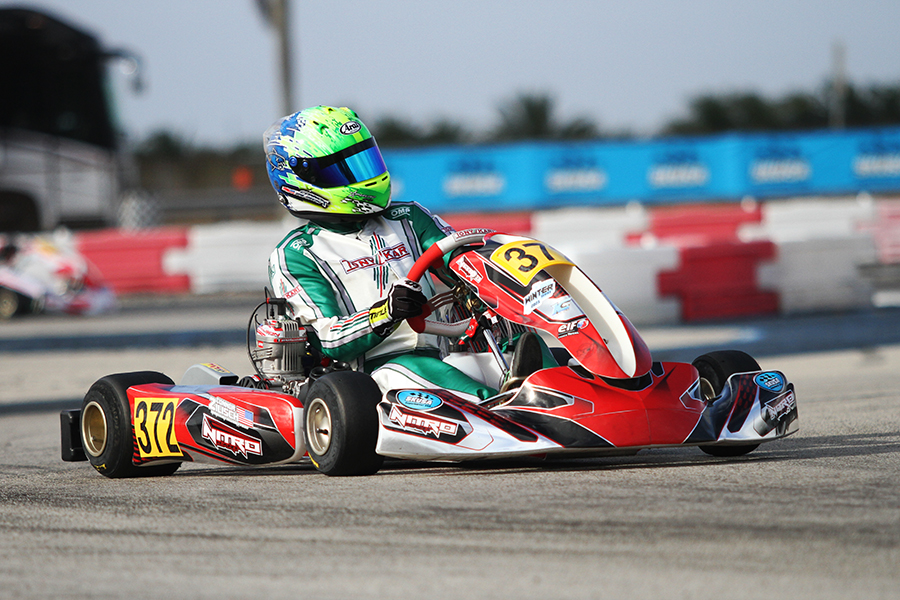 The 2021 season has begun for Team Nitro Kart as the operation contested the Superkarts! USA Winter Series. Following the opening weekend in January, the series completed the final two rounds on February 12-14 at the AMR Homestead-Miami Motorplex presented by MG Tires. Team Nitro Kart ended a successful run at the Homestead, Florida facility, securing series championships, victories and podiums from the quickest category to the youngest divisions.

A large percentage of the competitors in the Micro Swift division were on the Nitro Kart Cadet chassis. Among them was Keelan Harvick, son of NASCAR’s Kevin Harvick. Keelan began the series with two victories in his debut in Superkarts! USA competition in January. He started Round Three this past weekend on top with fast time in qualifying, just missing out on the win in the Prefinal. Taking over the lead on lap five in the Final, Harvick led the remainder of the 20-lap race while setting fast lap for a third straight victory. The win gave Harvick his first SKUSA Winter Series championship. Harvick battled for a fourth victory on Sunday in Round Four, coming across the line in third after a hard-fought battle all race long. 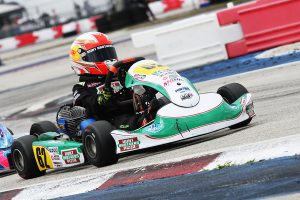 In total, Nitro Kart had five drivers in the top-10 in the main event on Saturday for Round Three. Gianmatteo Rousseau joined Harvick on the podium for a second third-place finish to match his best result of the series. Ethan Tovo, Ashton Woon and Hayden Wise crossed the line in sixth, seventh and eighth. The score improved to six Nitro Kart drivers inside the top-10 on Sunday for Round Four. Tovo improved to fourth behind Harvick with Rousseau leading Woon, and Wise for sixth thru eighth. Jackson Tovo recorded his best finish of the four rounds, placing 10th.

A new addition to Team Nitro Kart for the 2021 season is Connor Zilisch. The 2020 FIA Academy Trophy champion is making the move up to the Senior ranks this year and providing added mentorship to the younger drivers under the tent. In his X30 Senior debut at SKUSA, Zilisch was among the front runners all weekend long. Qualifying seventh for Saturday’s round of racing, Connor improved to third in the Prefinal. A hard-fought battle in the main event ended with Zilisch placing one spot off the podium in fourth, recording the fast lap of the race aboard his Redspeed. Sunday began in the same position with the seventh quickest lap in qualifying. The Prefinal shaped out much better with an advancement up to the second position to start outside the front row. After swapping the lead a few laps with the two-time defending series champion, Zilisch secured the top spot and was able to drive away to a one-second victory.

Beginning his second season in the Senior ranks, Hayden Jones had an up and down SKUSA Winter Series in the X30 Senior class. Finishing last year 21st in the championship standings, Jones improved his position and pace over the four rounds in 2021. His best finish came in Round One with a sixth-place result. He nearly broke back into the top-10 this past weekend in Round Three, placing 11th in the main event. Contact in the Round Four Prefinal put him at the tail of the field for the main event. In the 22-lap Final, Jones improved 17 positions to end up 17th.

Spencer Conrad made the jump to the Junior level on the weekend with his debut in KA100 Junior class. The former Micro Swift champion gained valuable track time in his first race of the 2021 season, making progression throughout the weekend. Conrad finished 13th in the Saturday Final and placed 14th in the Sunday main event. 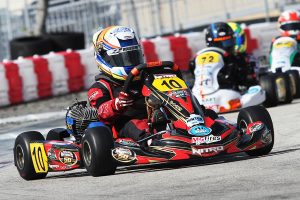 Gianmatteo Rousseau recorded two podium finishes over the four rounds in Micro Swift to end up third in the title chase (Photo: eKartingNews.com)

Under the Team Nitro Kart tent over the two weekends of the SKUSA Winter Series was former team driver Brent Crews. The young international champion made his debut in the Pro Shifter division, working with Leading Edge Motorsports’ Greg Bell. The two worked together under the Nitro tent, with Crews also providing some guidance to the younger drivers. Brent went on sweep the series with four victories to earn the championship. During the finale weekend, Crews made his X30 Senior debut aboard a Kart Republic chassis. Contact ended his day early on Saturday but bounced back to record a top-10 result on Sunday.

“This was a great way to start out the 2021 season,” stated Nitro Kart owner Nick Tucker. “We had a terrific driver line-up from top to bottom with strong drivers in the Senior and Junior ranks to help guide our young Cadet drivers. Zilisch is a fantastic addition and it was fantastic to have Crews back under the tent. They provided great feedback and guidance to the younger drivers under the tent. With a strong list of drivers in the Cadet division, the future looks bright for the 2021 season and beyond.”

Team Nitro Kart returns back to the track in three weeks with the United States Pro Kart Series opening up its 2021 season at the Ocala Gran Prix in Florida on March 12-14. Prior to that, the team will be trackside for the opening round of the GoPro Motorplex Karting Challenge on Saturday, February 27.