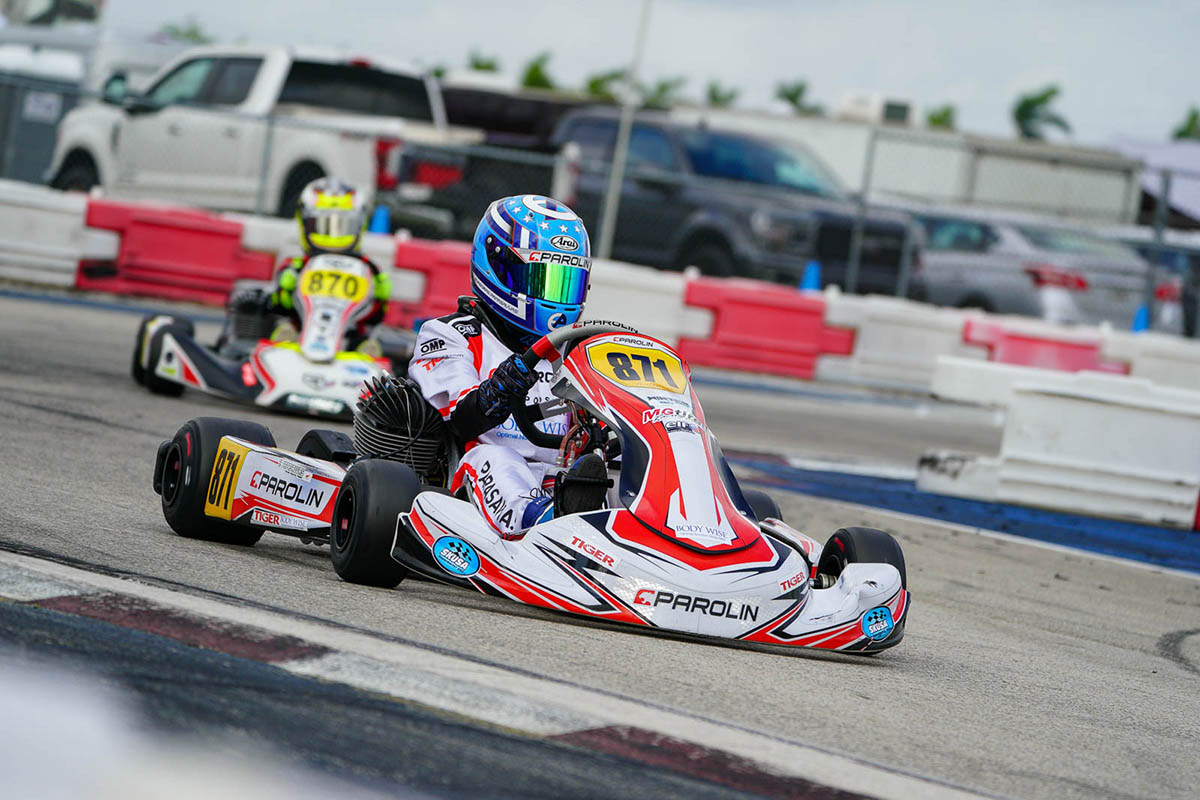 Returning to the AMR Motorplex for the final rounds of the Superkarts! USA (SKUSA) Winter Series, Evagoras Papasavvas would be back with his potent Parolin USA team in the KA100 Junior class. Showing speed in pre-event testing and with hopes high, Papasavvas had to dig deep and turn Saturday’s results into motivation for Sunday and he did just that, ending the final on-track session of the series with his best result during the first two months of 2021.

After two successful practice and test days on Thursday and Friday, Papasavvas returned to the track Saturday for the first wheel-to-wheel action of the weekend. Looking to turn his speed into results, a better qualifying effort saw the young Ohio native turn the seventh fastest lap of the session, a scant .351 from the pole position.

Lining up inside row four for the prefinal, the Parolin USA driver battled inside the top-five before crossing the line in sixth. Following the race, a bumper penalty relegated Evagoras back to 11th where he would start the main event. In a similar fashion, Papasavvas drove from 11th to sixth in the final as he showed his racing prowess. Battling inside the top-ten and earning a seventh-place result when the checkered flag flew, Papasavvas was once again a victim to a bumper penalty that pushed him back to ninth on the results sheet.

“I consider Evagoras an aggressive driver, but the penalties need to stop,” explained his father Nektarios. “We all know that these are not intentional and most of them are due to in race contact, but it hurts his results. On the other side of the coin, Evagoras has improved his speed from the first event weekend to now and that is shown by his running position on track.”

Returning Sunday, the #871 Parolin USA entry was once again ready to battle for a solid result. Qualifying in the ninth position and having a rough go in the prefinal to be classified in 13th, Evagoras showed up in the main event and proved that he is a contender.

“I wanted to prove what I could do,” explained Evagoras Papasavvas. “I was able to get a few positions on the start and then slowly moved forward and eventually into the top-five. Trying to defend on the final lap, I lost P5 going into the last corner but still crossed the line in sixth. Disappointed for missing out on a top-five result, but happy to finish the season strong.”