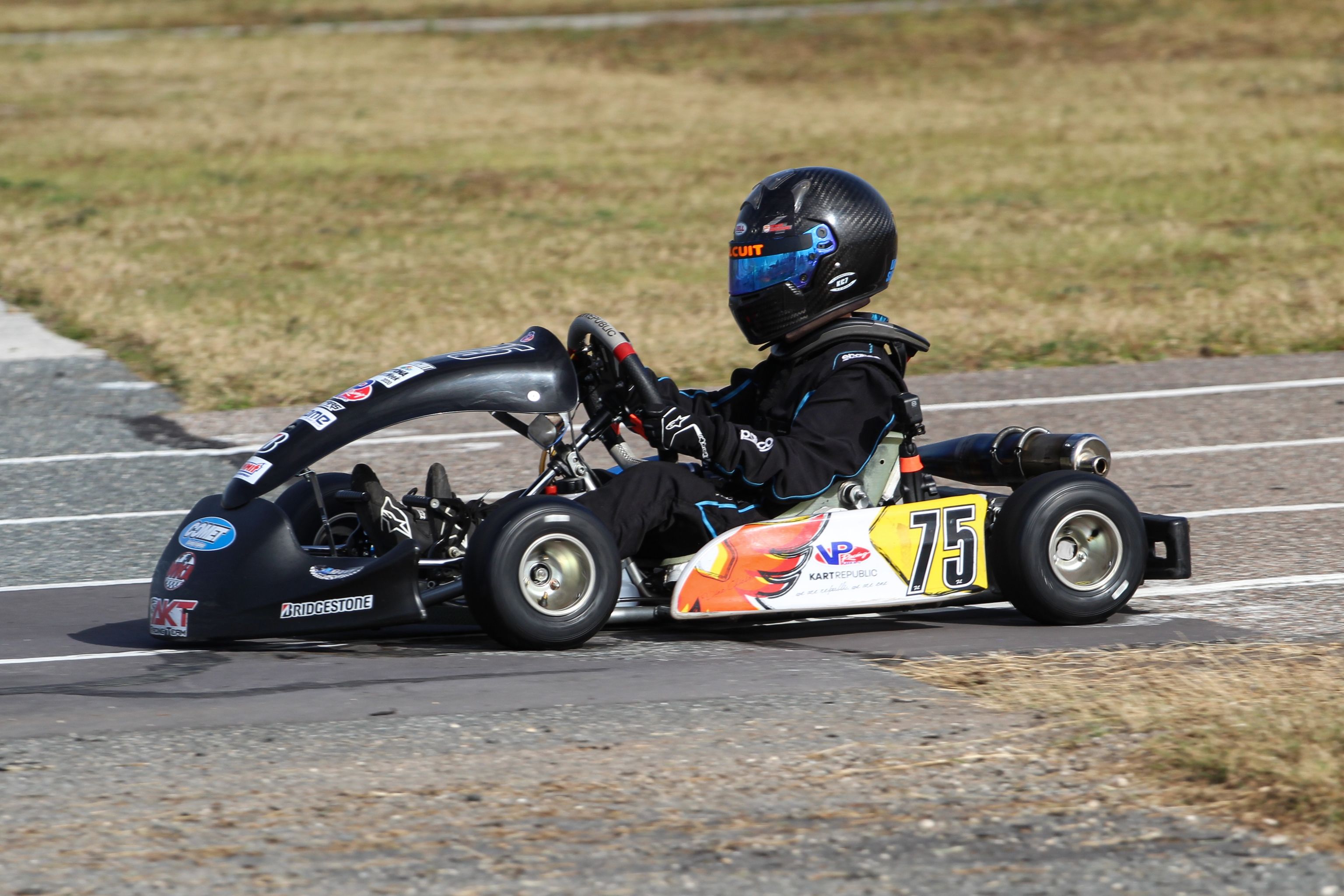 Before the calendar turned over to 2021, the World Karting Association hosted its annual Daytona KartWeek in December. Each year before New Year’s Eve and after Christmas, the Daytona International Speedway becomes home to karting for four days. Racers in sprint, road racing and dirt oval compete at the ‘World Center of Racing’, all vying to be a winner at Daytona. The Manufacturers Cup Series hosted three full days of racing in a unique event format for the first time, with classes racing on December 28-30. Most categories competed on one day, including the Micro divisions. Ohio driver Isaac Malcuit was among those in Daytona Beach, securing two victories to be name the EKN Driver of the Month for December 2020.

Malcuit (AKT / Kart Republic) was one of 23 drivers in the Micro ROK division on Day 1. After two practice sessions, Malcuit set the bar in qualifying with a 46.032-lap, clearing the field by two tenths. Isaac went on to lead all 10 laps in the Prefinal, stretching out to a five-second advantage and dropping the quick time to below the 46-second mark. Malcuit kept up the pace in the Final, leading the entire distance of the 14-lap Final to secure the victory by 2.2 seconds. 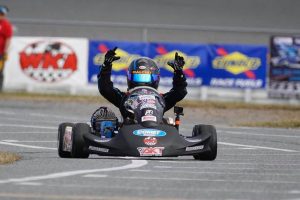 On Day Two, Malcuit joined the combined Mini and Micro drivers in the Briggs 206 Cadet class. Isaac was able to qualify in the sixth spot overall against a field of 38 drivers. Malcuit moved up one position in the heat race and another in the Prefinal to start the main event in fourth. After getting shuffled back to eighth at the start, Malcuit fought back to end up sixth after 14 laps of racing.

The final day was a move to the Micro Swift category with 22 drivers competing for the victory. Malcuit put himself at the top of the time sheet in the qualifying session, posting a 44.852-lap to clear the field by two tenths. It was a very similar performance to Day 1 with Isaac sweeping the day. Malcuit won the Prefinal with another five-second advantage. It was a dominant run in the Final, going wire-to-wire in the 14-lap run and establishing a 12-second advantage at the checkered flag.

Prior to the WKA Daytona KartWeek, Malcuit traveled to the AMR Homestead-Miami Motorplex presented by MG Tires for the final event of the 2020 Sunshine State Karting Championship. Against a field of 17 drivers, Malcuit won both Finals in the Micro Swift division. Saturday was a victory by eight tenths with a green-to-checkered run of 12 laps for a two-second margin of victory on Sunday.

The 2020 US Rotax Grand Nationals Micro Max champion was set for a run at the Rotax Max Challenge Grand Finals in Portugal in January until the event was cancelled in recent days due to the current status of the COVID-19 pandemic. Malcuit competed at the SKUSA Winter Series event at AMR Motorplex in Florida during the opening weekend of January. During the Saturday portion of the event, Malcuit was involved in an incident, but continued racing for the remainder of the weekend. Isaac was checked out once back home and found to have a broken right hand. Isaac’s father Marcus told EKN no surgery is needed, and they hope to have them heeled in the next time before the SKUSA Winter Series final on February 12-14 at AMR Motorplex. Malcuit’s plans for the 2021 season include the United States Pro Kart Series, WKA Manufacturers Cup Series, Stars Championship Series, Buckeye Karting Challenge, and partial schedule with SKUSA Pro Tour and Cup Karts North America. 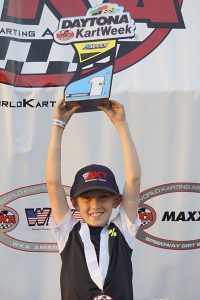 Chassis: Kart Republic
Engine/Engine Builder: IAME Swift, Briggs 206, Micro ROK / Comet Racing Engines
Sponsors: VP Race Fuel, McIntosh Oil
Series You Compete In: Buckeye Karting Challenge, WKA Manufacturers Cup Series, Stars Championship Series, United States Pro Kart Series, SKUSA Winter Series, Cup Karts North America
Years Karting: 4
How did you get started in karting? My dad
What has been the high point in your racing career? Winning at Daytona
What are your goals in racing? To win and do my best
In a few words, how would you describe your driving style? Smooth
Funniest moment at the race track? N/A